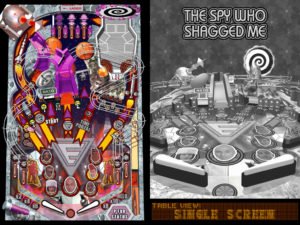 Unlike Swedish-made penis enlargers, this is definitely not my bag.

Austin Powers Pinball comes with two tables: one based on Austin Powers: International Man of Mystery and one devoted to Austin Powers: The Spy Who Shagged Me. Why the third movie, “Goldmember”, was left out is anyone’s guess. The first table is definitely much better, with well-placed ramps and bumpers, plus fun missions like fighting animated Fembots or defrosting Austin from his cryogenic chamber.

Controlling the game is a breeze – you can use either the left and right Shift keys or the left and right mouse buttons â€” but the ball physics arenâ€™t lifelike, so donâ€™t expect the level of pinball authenticity found in Empireâ€™s Pro Pinball series. Naturally, Austin Powers Pinball is littered with sound bites from the movie and a handful of video sequences, though these clips are played in a small dot-matrix window at the bottom of the screen.

As in many 2D pinball sims, you have the option to play on a scrolling table thatâ€™ll roll up and down depending on where the ball is, or on a static table that fits only the lefthand side of the screen for some strange reason (the right side is reserved for a black-and-white graphic). An optional â€œautoâ€ mode toggles between these two views before and after multi-ball sequences. Visually, the game enjoys resolutions as high as 1600×1200, with appropriately psychedelic table design and kitschy sight gags, but the graphics are hardly â€œsmashing”.

While the gameplay and table designs are fair, the physics are completely on the arcade side. That plus the lack of table variety means Austin Powers Pinball won’t hold your attention for very long. 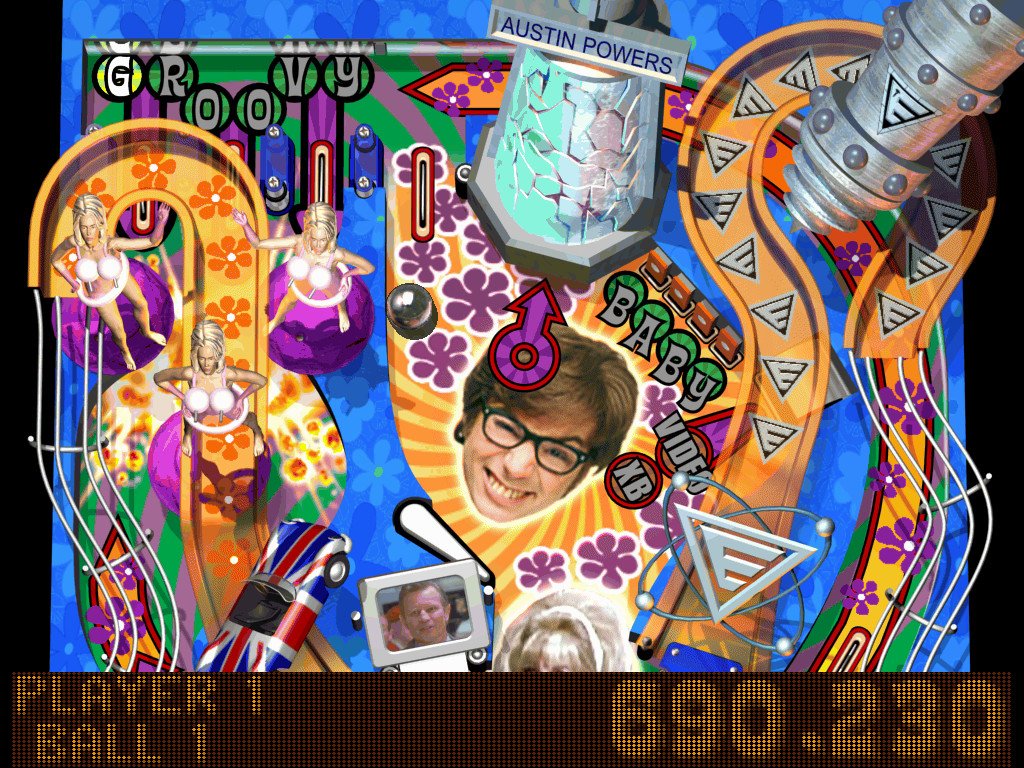 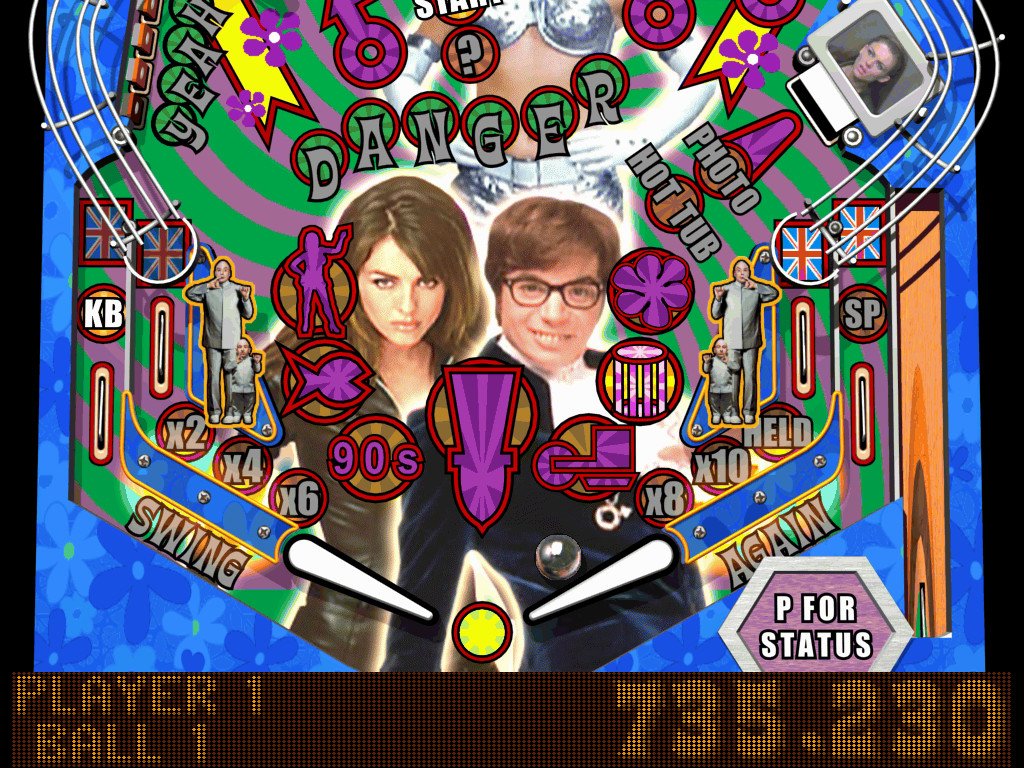 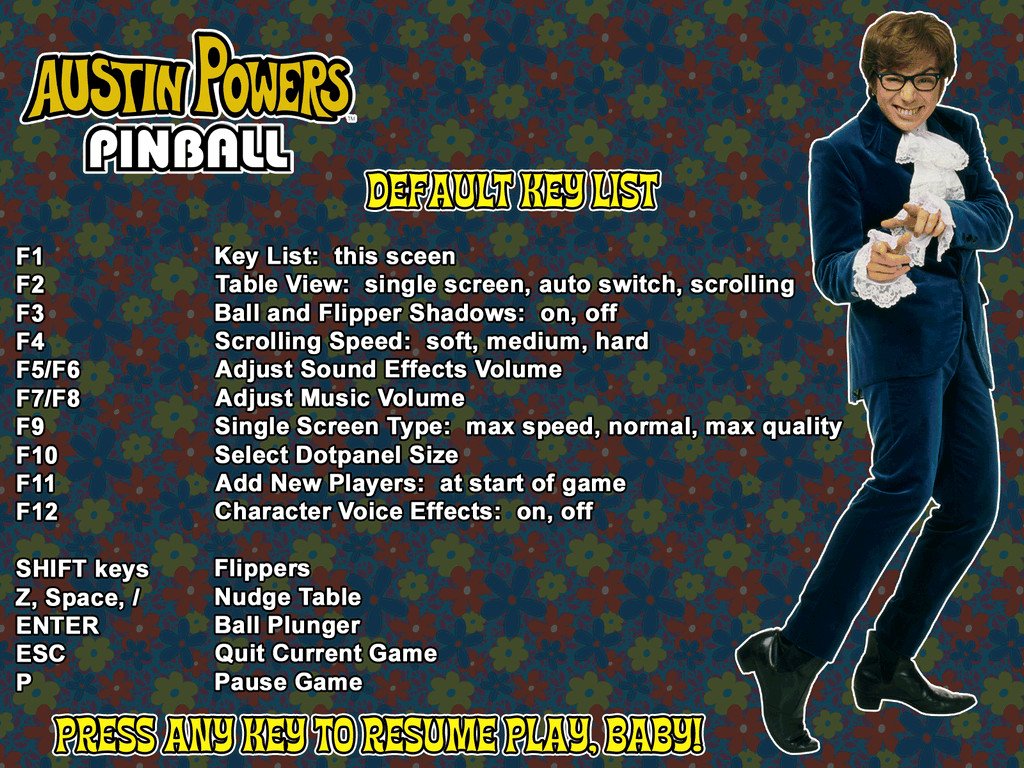 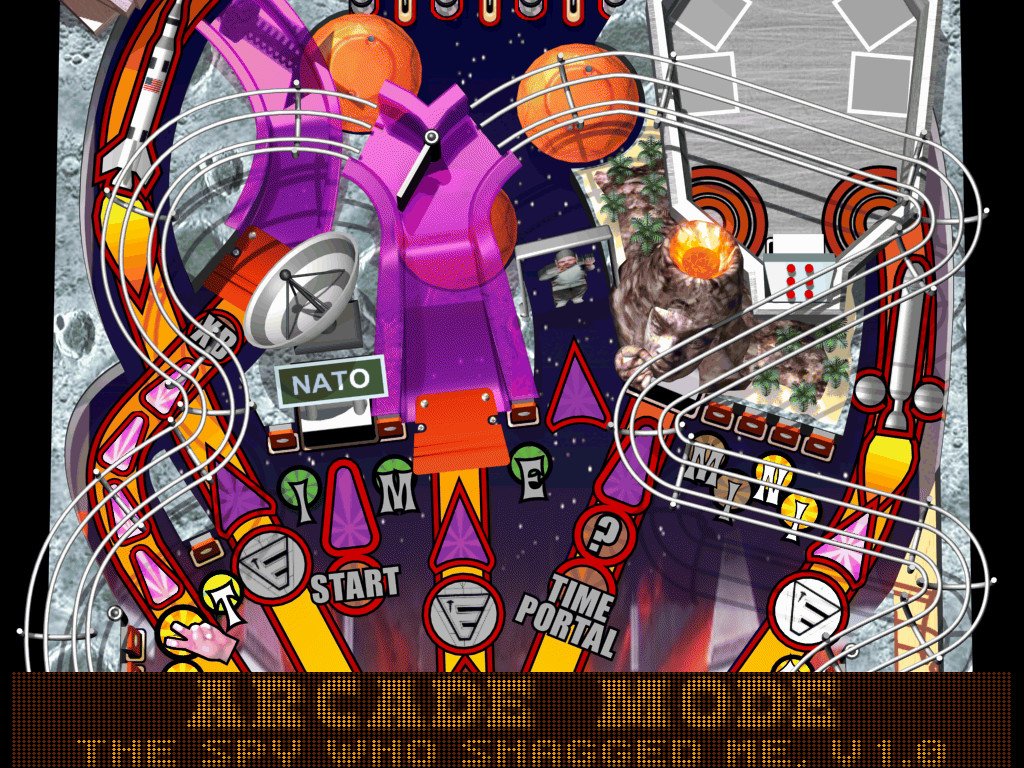 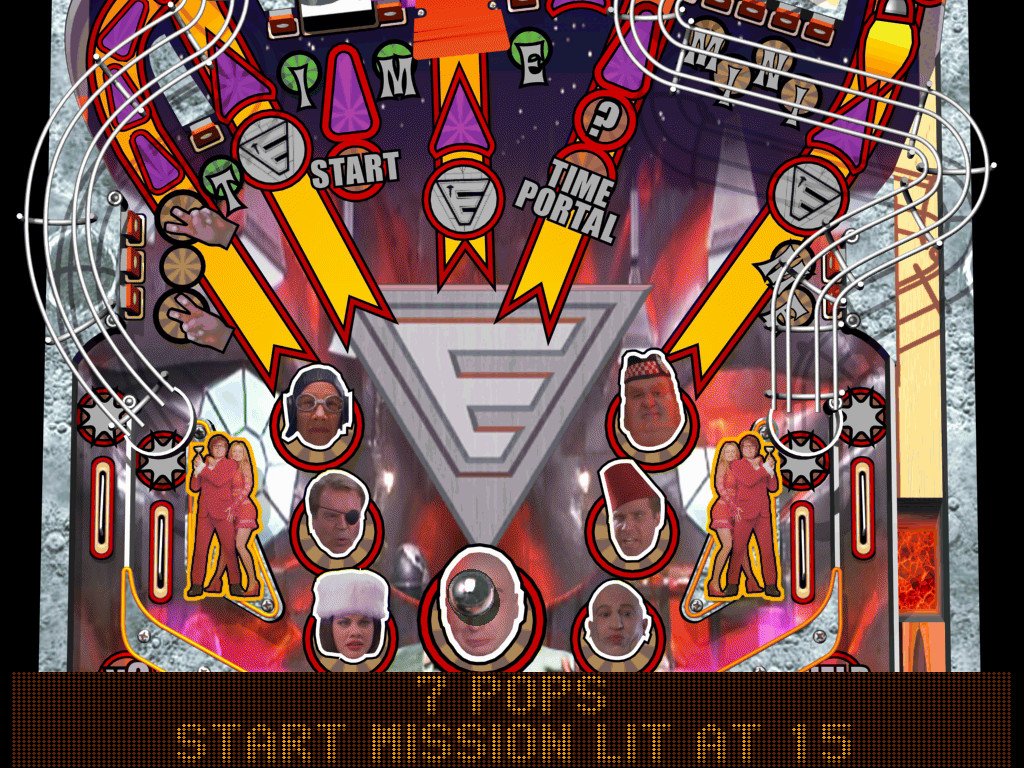