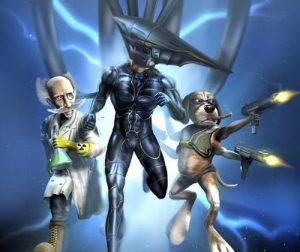 oldpcgaming.net is a site first developed in 2013, dedicated to covering and promoting vintage computer gaming. The goal is to store and review every game between 1990 and 2005 in their original disc format, a project that will take many years to accomplish.

Additionally the site also contains copies of vintage strategy guides, magazines, walkthroughs, cheats, hardware reviews as well as links to programs useful in getting old games to run. We strive to test and make sure all of the games linked from here are safe to download and play.

There are many reasons to use this site:

Thanks and have a great time! – Site Owner

How Games Are Rated

Only games that were massively successful, original and/or had exceptional production values make it to this range. Also included are high quality niche games that performed remarkably within their own particular field.

These are very good games. Anything that scores in this range is well worth your time, and is likely a great example of its genre. This is also a scoring range rewarded for niche games that are a real breakthrough in their own way.

These are pretty good games that are recommended to fans of the particular genre, though there are probably better options out there. They have a few significant flaws that limit their appeal, or lack originality.

Only a few slightly redeeming features keep these games from falling into the abyss. They’re not completely worthless, but are likely brought down by significant design flaws, including bugs and low production values.

Don’t even bother, and the lower you go, the more worthless you get. Only nostalgia might keep these games afloat.