Faces of War is a blend of RTS action set in World War II with the fast-paced thrill found in games such as D-Day or Heroes. No coincidence, since this was a game developed by Best Way, the team behind the underrated Soldiers: Heroes of World War II. It retains a similarity in the way you lead individual, small scale forces, and not scores of tanks and men (as in Nival’s Blitzkrieg). However, unlike Soldiers, the battles in Faces of War arenâ€™t quite as open, being more of a close-up view of individual battles that are much more scripted. This change is very noticeable from the first missions, where you usually have one direct way of solving a mission.

While this sounds like the game design should immerse you more than the regular offer of real-time strategy games, the reality is very different. It’s actually easy to feel detached while playing Faces of War, as you struggle desperately to survive while the battle wages on around you. To help, as the dull training missions painstakingly show you, all of your squad members’ actions are context sensitive – making it easy to clamber over obstructions, commandeer vehicles and suppress the enemy. Providing they are all still alive, each team member has their own unique skills (sniper, grenadier, machine gunner) that can be called on by clicking that action, meaning you are ready to take on any foe, from foot soldier to tank.

An additional novelty is the gameâ€™s â€œDirect Controlâ€ feature â€“ at any time players can hit the â€œEndâ€ button to assume total control of a given unit, with the mouse handling aiming and the keyboard doing movement and other functions. This is especially fun when controlling a tank and manipulating all of the different weapons installed onboard. It’s an interesting take that temporarily makes the game feel like an overhead shoot em up.

Mission objectives wary but the main scope is, as always, to lead your men to attack or defend various objectives. And that effectively sums the game up â€“ kill the enemy, salvage their equipment, and accomplish your objectives using any means possible. The only downside to this is that the scripting is much more heavy, making the missions feel too linear. This is then offset by some rather impressive AI scripting the developers have implemented to make your tasks easier. It’s a half success. By default, soldiers under the playerâ€™s command are set to a â€œFree Movementâ€ and â€œFire At Willâ€ mode â€“ and this means that theyâ€™ll have good pathfinding, avoid incoming grenades, and automatically switch weapons as needed. In other instances your men can have too much free will. I really do prefer to take my time when setting up an assault on an enemy position, but I always had to guide my men carefully, otherwise theyâ€™d charge into battle. But itâ€™s even worse when Iâ€™d tell my sniper to pick off a specific target he had in clear view, and instead heâ€™d lob a grenade for no reason.

Other than these issues however, the game is still very enjoyable to play â€“ itâ€™s really satisfying taking advantage of the gameâ€™s dynamic cover system to lay down a cross-fire or annihilate their armor support, and the gameâ€™s graphics really help bring the battlefield to life. In the end what you get is a pretty solid real-time strategy game where careful soldiering, and not massive assaults, will win the day. 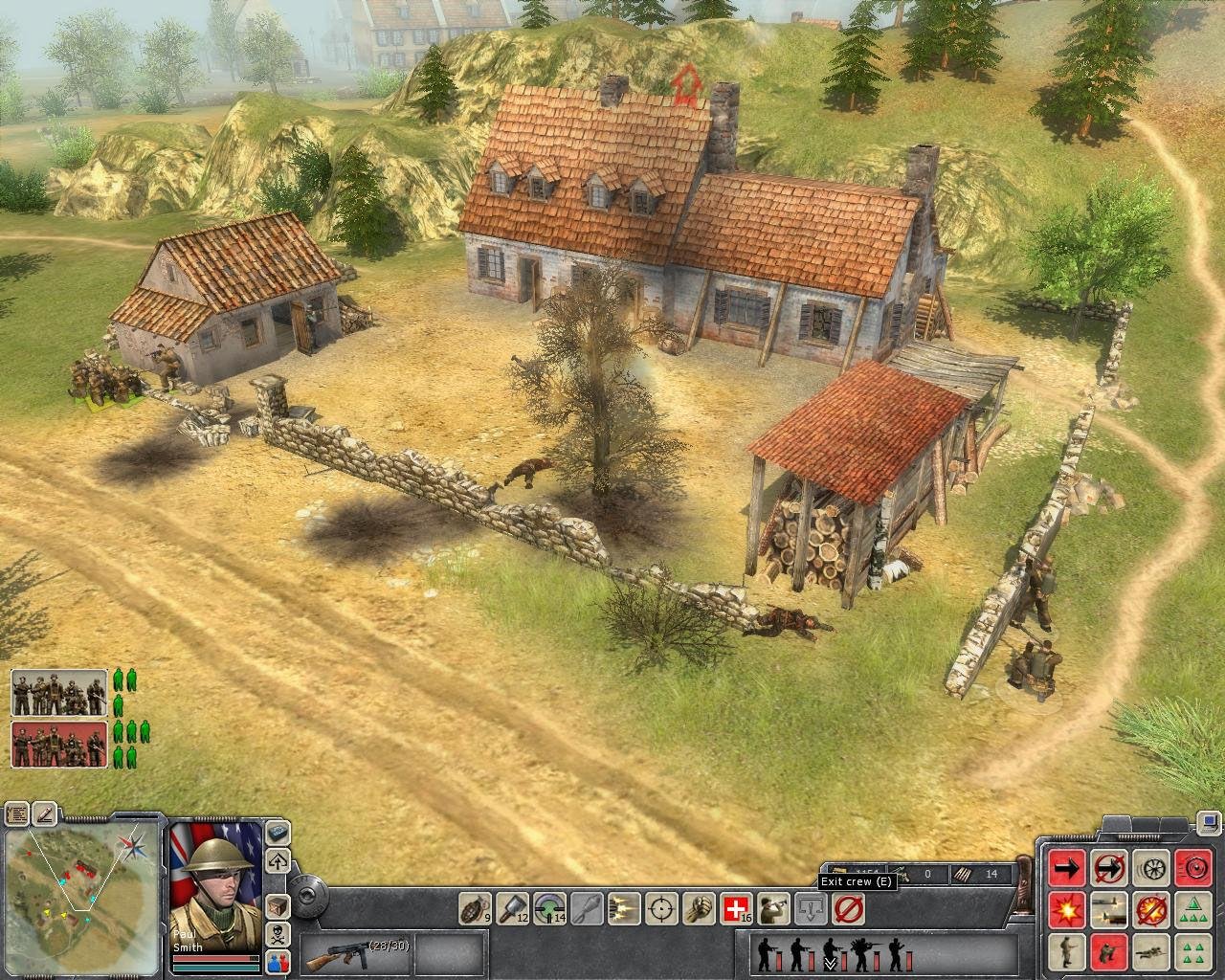