With its manual running at over 300 pages, you know from the start that Tornado is more than your average jet fighter game. And although there is a quick combat option, the sheer number of keyboard controls used to do anything other than fly around (sweep wings back, change display modes, jetisson weapon) ensurue that you’re in for an annoying few hours of learning.

However, once you finally have your head around the controls, Tornado is great fun. You can configure it to your heart’s content, altering the resolution and the keys. The star of the sim is the twin-engined Tornado GR4, allowing you to fly and utilize the plane’s complex avionics and weapon systems from either cockpit seat on multiple theaters of operation.

The dynamic campaign of Tornado contains a full-featured mission planner that lets you synchronise attacks. The missions are also divided up between ground and air attacks, but I personally found that the heatseeking missiles took the fun out of aerial combat, so I stuck to blasting ground targets. Apart from anything else, they stay in one place, so if you miss them, you can always turn around and have another run.

It’s a very impressive program, admittedly, although not quite on par with TFX as far as visuals, or Falcon 3.0 as far as authenticity. But it makes it up in other ways – training missions, a rich manual, it’s dynamic campaign and mission planner. The air-to-air combat is of a particular arcadey feel, but this isn’t saying it’s not amusing. With the CD version of Tornado you get a lot more music than with the floppy one, and all the same mission types and campaign from the original. 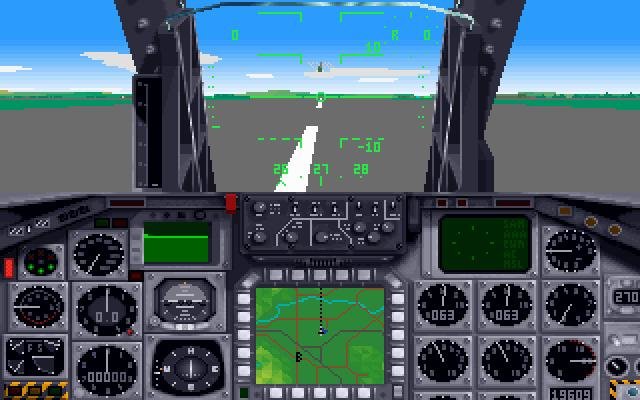 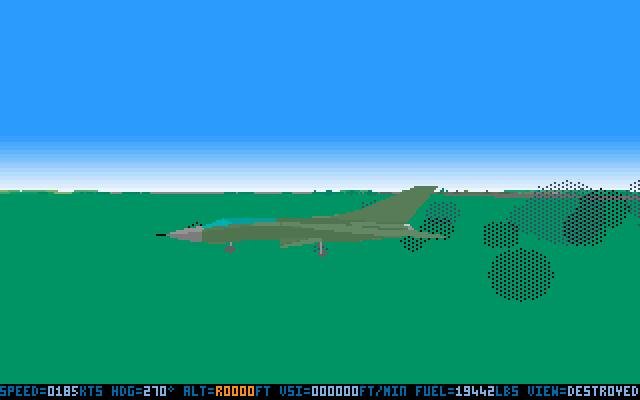