Hex wargames are essentially board games in electronic form. And while Combat Command 2 isn’t a port of any specific real-life board game, it’s presentation is such that it can easily be ported into real-life and nobody would be able to tell. On the upside, Combat Command 2 puts you in control and allows managing vital information quite easily, eliminating the most frustrating part of such a game. The interface lets you display everything from command structure to levels of disruption.

The game simulates WWII company-level combat, with hexes representing a half mile of terrain, and turns representing several hours. Scenarios range from the historical to the hypothetical, including such famous old timers as the Battle of the Bulge as well as multiple, lesser known combat theaters in the Mediterranean. As a wargame, Combat Command 2 is quite easily playable, though perhaps not very friendly with people looking to explore this venue of gaming. 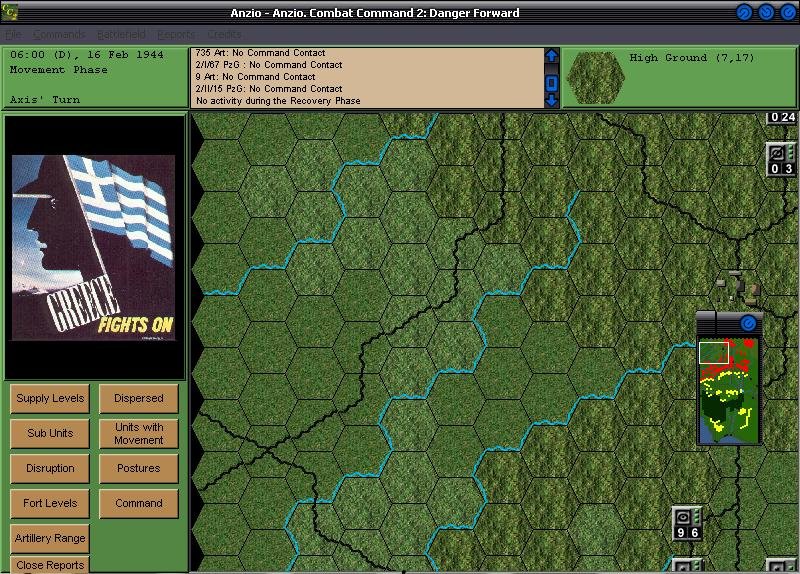 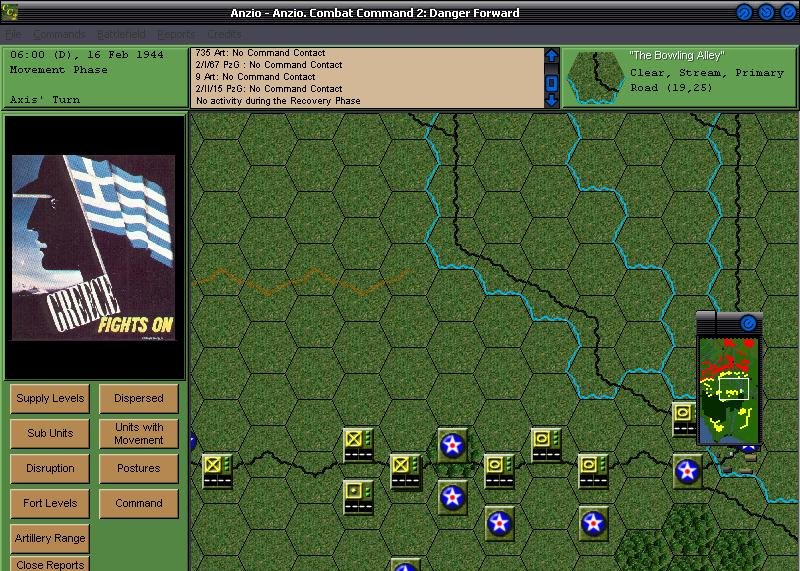