Jane’s Combat Simulations launched with the debut of Advanced Tactical Fighters. Originally, EA released US Navy Fighters and the Marine Fighters mission disk not long after. Both were part of the Air Combat Series. USNF was really the first combat simulation to sport next generation SVGA graphics, which looked grand at the time. It also featured excellent gameplay, which is still enjoyable by today’s standards. The flight modeling wasn’t as realistic as the hi-fidelity flight model found in Falcon 3.0, which by the way required a co-processor at the time, but it didn’t stop us from appreciating the variety found in USNF.

USNF was just fun to play and it looked fantastic, so fantastic that it took years before you could actually play it with an acceptable frame rate with all the textures turned on at 640X480. That didn’t stop us from playing it, and it didn’t stop us from wanting the ability to play it head-2-head and cooperatively over the modem. Later on, Electronic Arts and Jane’s would strike a deal – resulting in Jane’s Combat Simulations. Paul Grace, Brent Iverson and the rest of their team already knew what they wanted to do next, and Advanced Tactical Fighters was the fruit of their labors, where the ultimate USNF experience would be fused with fantastic multiplayer and next-gen planes.

In any case, USNF would contain the basic framework of throwing at you a multitude of advanced planes, a forgiving combat engine (you need not be a pro to learn it) and a ton of action wrapped in detailed graphics. 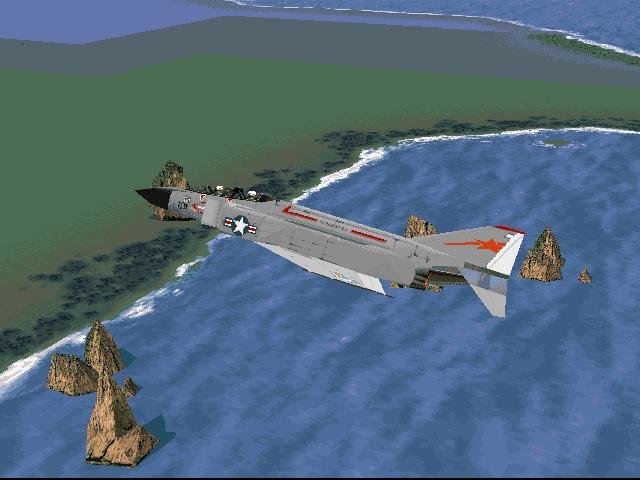