F1 Career Challenge â€™99-â€˜02 is another Formula One racing game, and like its EA predecessors, it throws you into the world of international championship motor racing. Youâ€™ll notice that instead of a single year the game sports a series of four years after the name. Thatâ€™s intentional, as the focus of the game is not just one race, or even one racing season, but your progression over a four year span of asphalt, carbon fiber, and high-tech telemetry-fueled racing. What you do get is pretty substantial. As an officially licensed and endorsed product, you get the full spectrum of courses, teams, and drivers youâ€™d expect from watching Formula One on TV or following it in the trade press. Want to be Michael Schumacher and ride the prancing horse from Maranello to victory lane? You can do it. Think itâ€™s time for Mclaren to reclaim the checkered flag? Go for it. The cars look great, as youâ€™d expect, as do the tracks, from Monza to Hockenheim. Naturally, the hotter your PC the more detail you can crank up, but the game seems to pick a happy medium between looks and performance.

EA is promising that the game will reflect all the events of the 1999-2002 seasons, from driver changes to technical adjustments, and youâ€™ll have personalized engineering advice from your crew as well as advanced telemetry during the race. And multiplayer matches, which the game also supports, are always a good bet for fender bending actionâ€”even when there are no fenders. 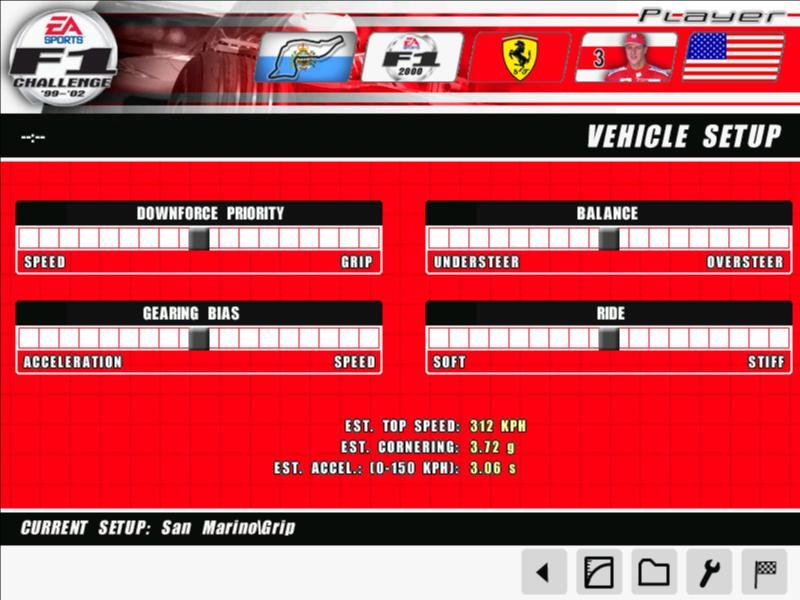