Y2K’s premise is simple: you must save Buster when his new mansion goes haywire. The catch: this mansion is controlled by an experimental Artificial Intelligence that loses its sanity. If you actually play the entire game, you will soon find yourself siding with the AI, due to the empathetic feelings that arise when you realize your own sanity is slowly dwindling away. Buster’s mansion is more like a large house, as it has only 14 rooms. If you knew exactly what to do and where to go, the game would take less than an hour, but you will probably be stumped for at least a while on some of the puzzles. While these are the best part of the game, major clipping problems and horrible performance hamper Y2K’s dated graphics. For instance, there is no freedom of movement. You can only move to specific locations, and even then you do not walk directly to the destinations, as Buster slowly crawls along the screen.

Thought-provoking puzzles and an intriguing storyline are the basis for most success adventure games, and any title that cannot perform in at least one of these areas is bound to fail. This is the case with Y2K; there is nothing in the game that draws you into the experience or challenges your mind. Also, poor design allows you to get into at least one situation that makes the game unwinnable. Not that you had to go through it that long to realize it’s a waste of time. 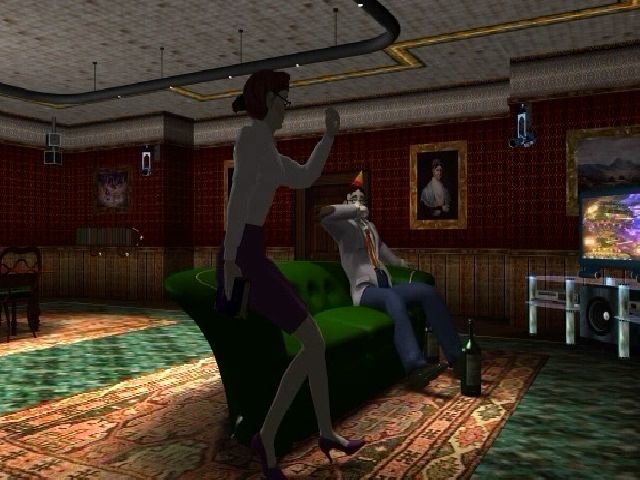