Atlantis looked like it might have all the right elements for an inspired adventure that could bring the genre out of its 1990s Myst-induced coma. The game takes place in Atlantis at a mythical time when it was still thriving, and begins with the disappearance of the queen. It seems isolationists within the Atlantean community became concerned over the growing contact with the primitives in the world, and decided to make a play for control of the island nation and eliminate the queen. As Seth, the newest queenâ€™s companion, itâ€™s your job to find the queen and thwart the forces that are moving against her.

Throughout your adventure, youâ€™ll visit five different worlds, and meet a host of characters, most of whom donâ€™t really like you, donâ€™t trust you, or wonâ€™t give you what you want the first time you ask. For any given encounter, you may have between one and four dialog choices, some of which affect the story, while others are simply thrown in for filler.

As far as gameplay and graphics, Atlantis does little to break new ground. Puzzles basically fall into two categories: dialog and keys. The dialog puzzles simply require that you chose the right verbal cue from the list youâ€™re given. Of course, not every dialog exchange is a puzzle, and this is the part that I donâ€™t quite get. Most of the verbal puzzles are simple yes or no questions, which makes it pretty easy to figure out if you got the answer right or wrong. Answer incorrectly, and you usually either end up dead or in prison. Fair enough, but the game automatically puts you back to the point just before you made the wrong choice. So, it takes some doing to get it wrong the second time. The game has an inventory, but only in the most basic sense. Atlantis establishes early on that the focus is on dialog and exploration, but there are occasions when you will need to keep certain items handy for use in other locations. A number of the conversations that are not of the “yes or no” variety will often lead you to an object, which will in turn need to be given to someone else or used in conjunction with a key puzzle. This makes the game way too linear for a graphic adventure. Usually, you canâ€™t go very far until you get a puzzle right, and it succeeds only in making the world seem awfully small.

These key puzzles are far more difficult than the dialog puzzles, but they too fall into the category of “been there, done that”. The first major puzzle is one in which you have to align the earth, the moon and the sun by using two cranks to move the objects into sync with each other. If you’ve played Zork: Nemesis, then you probably already know how this puzzle plays out.

Beyond adding some interactivity with NPCs in the game world, Atlantis does little to advance the genre. And it only does so halfheartedly – the dialog is laughably bad, but that makes for some (albeit unintentional) entertaining moments. In the end, it’s nowhere near what some would consider a classic in its field. 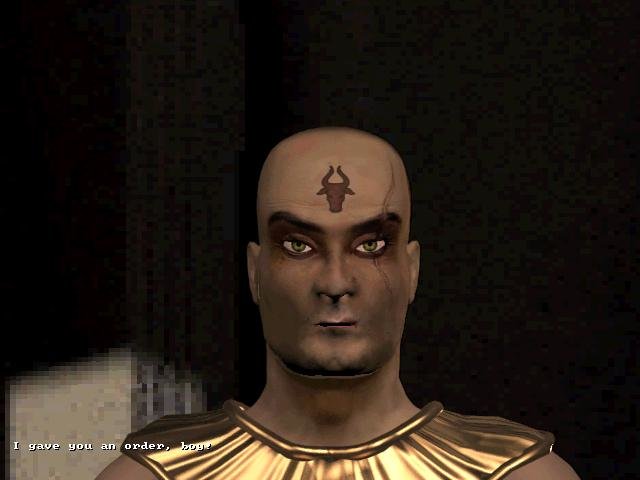