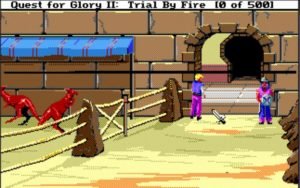 If you’ve previously played the VGA remake of Quest for Glory, then the sequel might look a tad primitive. The game uses a text parser, the graphics are in EGA, there is no digitized sound, and so on and so forth. The sequel never got an official remake, but if the incessant bleeps and blops of your PC Speaker become too much, you can always download the superior remake of Quest for Glory 2: Trial by Fire made by AGD, for free. It doesn’t even need DosBox!

The game itself is considerably different from the first one. Not just the scenery – now set in an exotic Arabian-like town called Shapeir – but also in the way the game plays out. The original Quest for Glory didn’t have any time constraints attached. You were free to spend your days exploring and hoarding loot, and the story would trigger only when you did certain things. In contrast, Quest for Glory II has the story flow independently of your actions, and you have to keep up the pace. The game allows you some time to explore the city and get to know the populace (interacting with people is still a huge part of the game). After a few days, however, bad things will start to happen, and it’s your job to to save the day within a set amount of time. 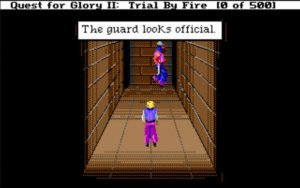 The game isn’t unreasonable with these timed puzzles, but they do provide a sense of urgency to get those synapses firing. Solving these puzzles will usually take you through the jumbled, maze-like city streets of Shapeir, or through the scorching sand dunes surrounding the walled city. You eventually find out that an evil wizard is behind it all, and he resides in a mirrored version of your city filled with cutthroats and other nasty characters. In all, it’s worth going through to the end.

The other cool feature that Quest for Glory 2 introduces is the concept of importing characters. Essentially what this means is that you can play with a finished character from the first game instead of starting from scratch, so you can import the exact stats you had while playing Quest for Glory 1. The remake also supports this feature. But alas, the game does present many limitations from its particular era. Navigating through the maze-like city streets can be a nightmare with or without the map, and the text parser means that you’ll have to be a lot more cerebral in how you approach things.

These quips aside, the sequel is still a quality role-playing and adventure hybrid that should appeal to fans of the first game. 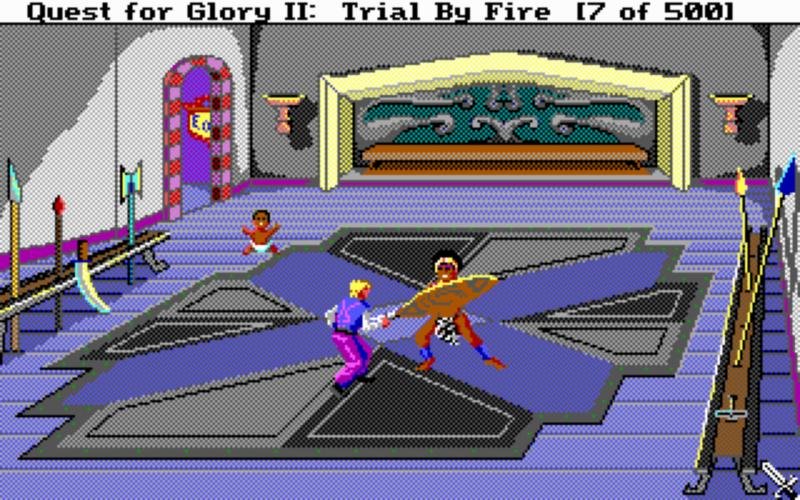 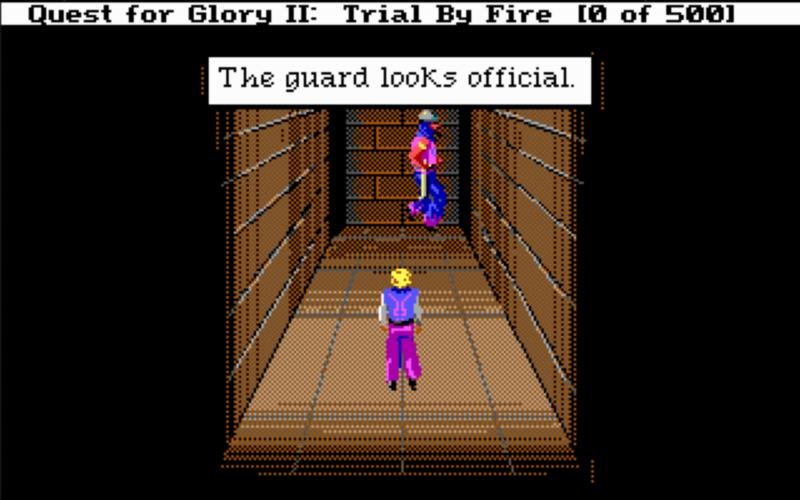 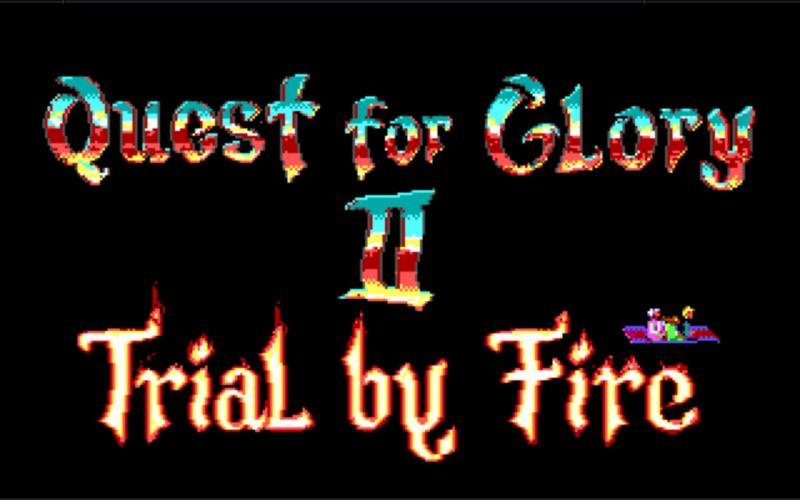 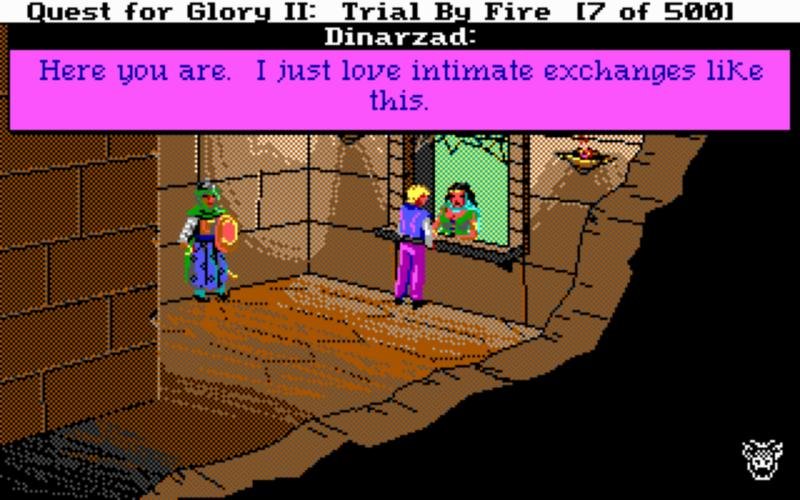 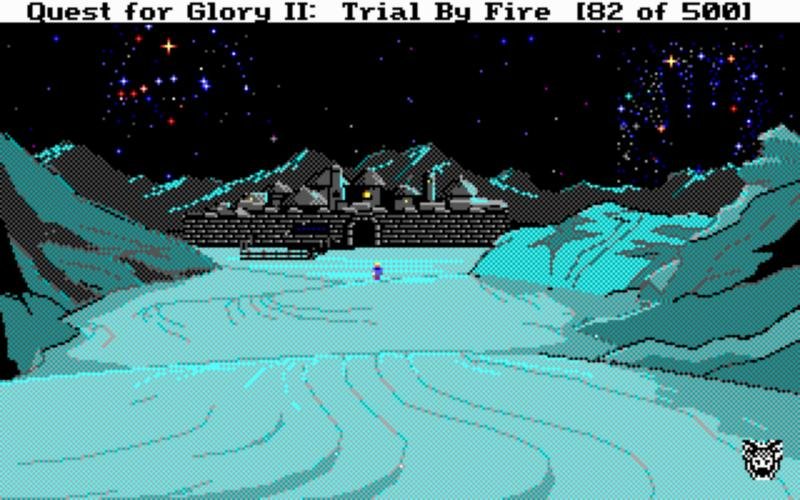