Mike LeRoi is a taxi driver in Chicago who finds $20,000 left in his cab by the victim of a gangland hit. He runs off with the cash, but find the gang members are after him, and so he does the most sensible thing – call a friendly neighborhood voodoo priest, a Bokor, for protection. Sure enough the voodoo saves him, but his “uninsured” family all die, including his cute kid brother with his teddy bear. 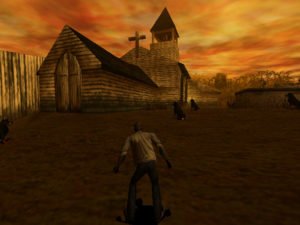 So Mike winds up a zombie slave to the Bokor that protected him, until a voodoo priestess named Mama Nettie slaps the “Mask of Shadows” into his chest and turns him into Shadow Man. Being a Shadow Man lets him cross between our world (Liveside) and the world of the dead (you guessed it – Deadside). The downside is that he’s Mama Nettie’s slave, and as the game opens, we find out she’s sent him on a pretty important errand: track down five ruthless serial killers whose souls have been possessed by the most evil spirits known to man. Failing heralds the Apocalypse.

You start the game armed only with the Shadow Gun, which requires a lot of hits to destroy an enemy but also leaves behind a soul you can take to replenish your lifeforce. As you move through the various regions of Deadside, you’ll pick up much cooler weapons, such as the flame-throwing Asson and Baton, the torch-like Flambeau, the ground-shaking Marteau, and others. But though you’ll experience combat lots, the real challenge facing you is locating govi, containers you must shoot to release dark souls.

To do that, you must navigate some of the most complex mazes ever created, perform prodigious jumps over fiery lava and gaping chasms, and dodge deadly devices such as rotating blades and swinging boulders; think Montezuma’s Return set in hell, and you’ve got a pretty good idea of what to expect. By successfully completing certain challenges, you’ll acquire special powers like the ability to walk on fire or push aside blistering hot barricades, but unless you’re a master at this sort of thing you can expect to play for quite a while before you get any of the good stuff.

The manual says that “Shadow Man is an immensely complex and non-linear adventure,” and while the first part of that statement is true, the second brings us to one of the game’s biggest flaws; whenever you return to a level, all the enemies have respawned and are waiting for another go at you. Hey, I don’t have a problem with having to return to areas I’ve already visited in order to find something new, but having to kill the same guys ad infinitum gets old fast 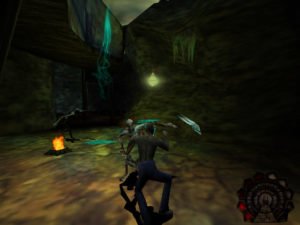 What it all adds up to is a shift in emphasis from exploration to a protracted parade of combat sequences. Battles usually degenerate into either a series of circle-strafing attacks or a finger-wearying number of shots, and after a while you’ll grow so bored that you don’t care how well you fight since death merely takes you back to the start of the level. Although Shadow Man clearly spawns from the console realm, the original designers have made it fairly PC friendly. Their most useful addition to the experience is the quicksave key, along with control and video options.

Shadow Man is an attractive package of weird, but the combat and maze-like levels bring it down quite early on. It’s almost worth enduring another wave of the same enemies to enjoy another psychedelic scenery. 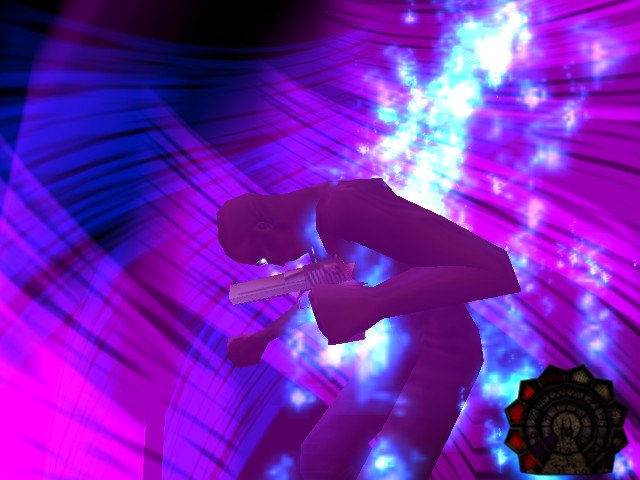 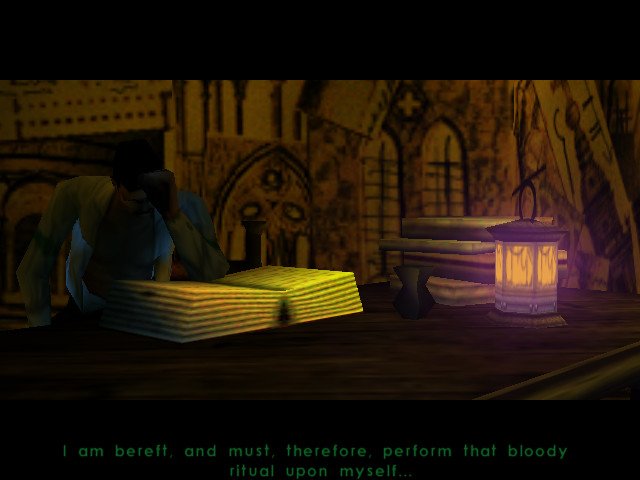 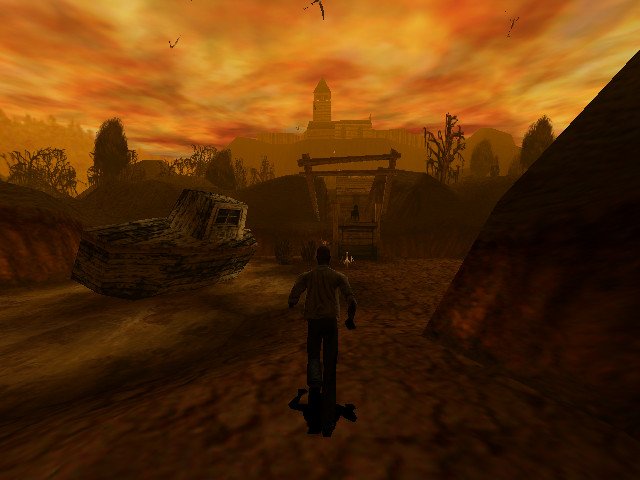 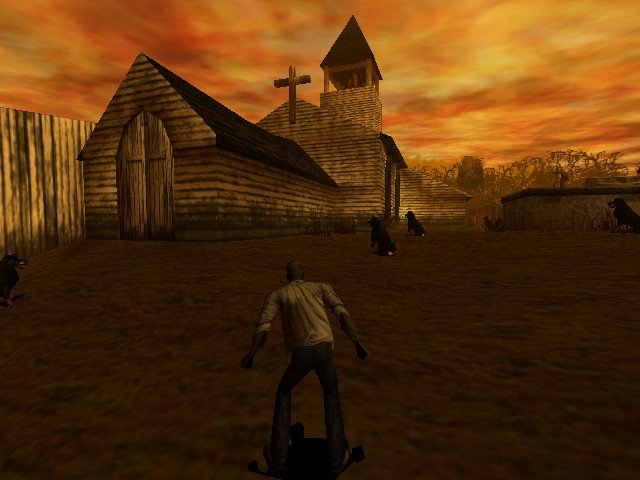 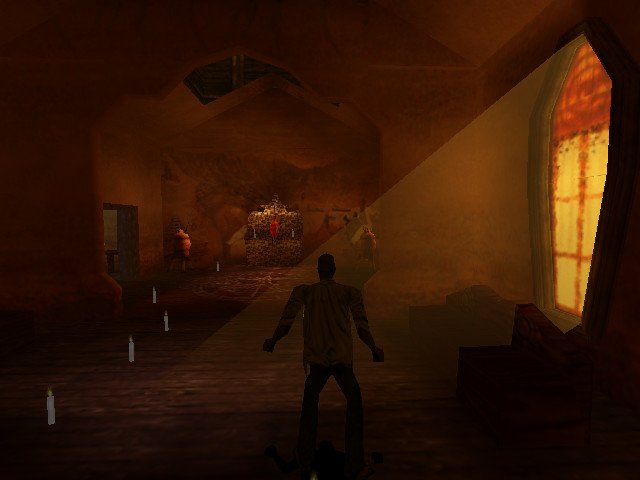 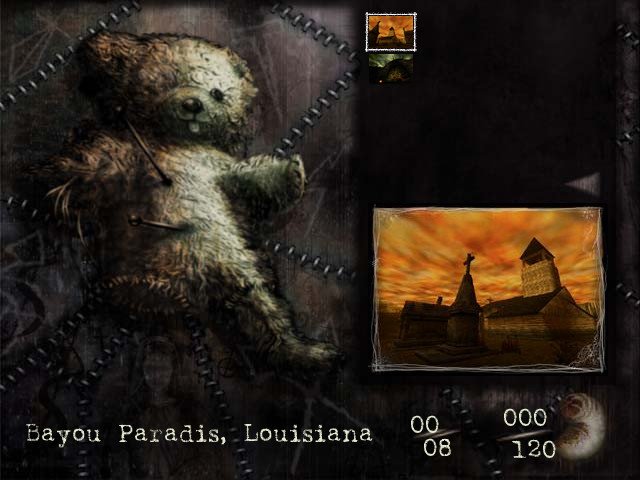 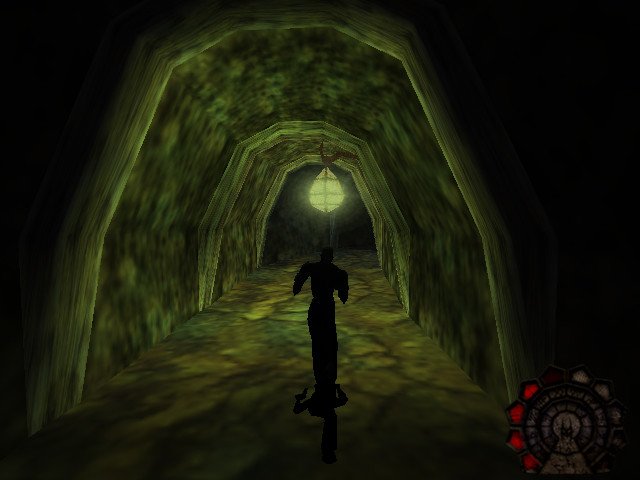 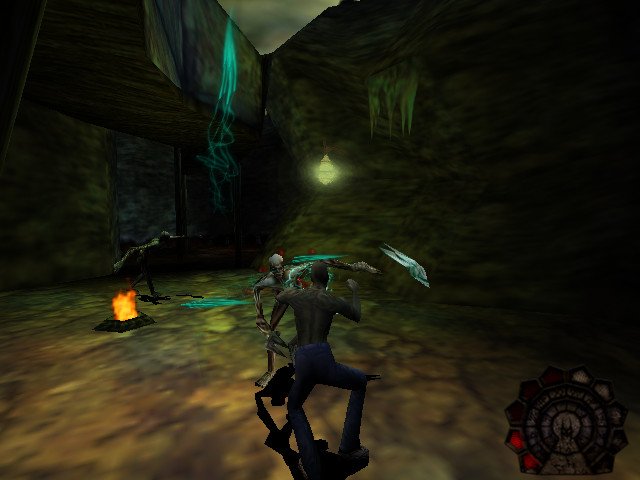 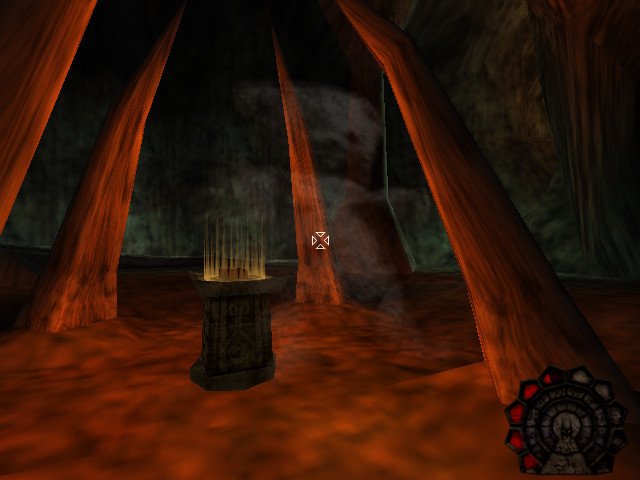