There’s a lot of stuff in there… So what happens when hardcore role-playing whimpers out of existence? A steady streak of strategy titles start playing more like RPGs than the actual games bearing that label. The Warlords Battlecry series of real-time games has had a long reputation of providing engaging RTS action mixed with role-playing, and number three continues that trend. The only problem is that outside of a new approach to the campaign, there really isn’t anything radically new brought to the original formula – just a great deal of extra stuff.

There’s a thin plot wrapping all of the action together. In the quest for more wealth, merchants have taken to conquering a race of lizard people known as the Ssrathi, who are apparently extremely wealthy and technologically primitive – an easy picking. They’re well versed in the arts of black magic, however, which lead the Ssrathi to conjure up something truly nasty to deal with their invaders.

Possibly the best reason to pick up WBC 3 is the campaign mode, which abandons the predecessor’s RISK style gameplay for something more akin to a proper open-ended adventure. You sail and travel from various fixed points on the adventure map, complete quests, engage in raids and huge battles, hire mercenaries, ally with other races, find magical artifacts (which you can either sell or equip), and generally take part in a very long and winded character building experience. On the ground it plays and looks very similar to Warlords: Battlecry 2, with the most notable shift in gameplay allowing you to now Level Up in the middle of a mission. From the campaign map you sail to various points and unlock new locations as you forward the story. Ransaking the stuff of a fallen enemy hero. When a dragon shows up, it’s bad. Making progress through the campaign.

The amount of stuff you can play around with truly boggles the mind. With the total playable races now bumped up to a whopping sixteen, each with their individual units, buildings and playing styles, mixed with god-only-knows how many skillsets for each hero, plus spells and whatnot, and complete character chiseling freedom all throughout, results in a great deal of flexibility. But it’s at such a grandiose scale that some players – especially those new to Warlords: Battlecry – will find it all somewhat overwhelming. The documentation for the game is particularly incomplete – How does armor work? Why is Morale so important? There’s a useful tutorial thrown in there, sure, but gone are those painstaking walkthroughs of each race and raw tables explaining every single stat and figure. It assumes that you’re familiar with WBC 2, and that you can recognize what is old and new. It’s perhaps because of this it might be wiser to tackle the second or even first game of the series before embarking on Battlecry 3. For seasoned players, however, it’s a clear choice. 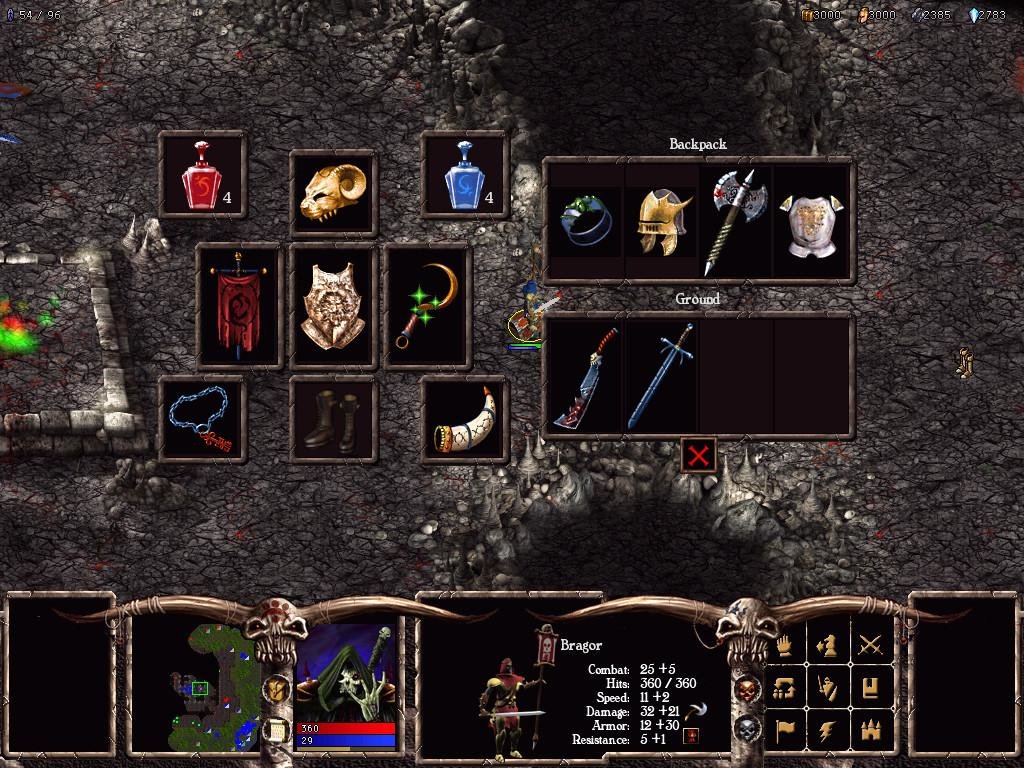