If you’re looking for originality and depth in your action-strategy games, then Rising Kingdoms won’t be to your liking. In fact, it’s the sort of RTS game that rips off everything from its betters, riding on a ‘safety in familiarity’ approach that is so common with mainstream entries in this genre. It borrows more than a few ideas from Warcraft III, most noticeably its hero concept that can use special abilities, though visually the game is drawn in pre-rendered backdrops as opposed to full 3D – something you don’t usually see in post-2000 strategy games, though it’s well executed here.

Along with the pre-requisite three races with their own campaigns and mildly divergent combat strategies, stock resource missions and those dreadful “X Must Survive!” deals, Rising Kingdoms also graces us with a somewhat interesting hero (here called “Champion”) concept that actually works. The ability to capture independent colonies to be able to recruit certain units and to gain certain special bonuses, while not entirely new either, was a nice thing to include. I liked the strict recruitment limits as well, as they forced you to actually come up with some kind of tactics, instead of just flooding the enemy, but as usual, this is kinda limited by giving the AI exhaustive unit limits or having him ignore them altogether in some campaign levels.

Unit balancing is decent, with each side having some way of countering the opposing unit, though there still is a hierarchy that makes training certain units over others preferable. The story-driven campaigns will be the main draw in this game, but make no mistake – it reeks of terrible balancing. As is so common with improper play-testing, the missions shift from easy to almost impossible and then back to easy again. Also unlike Warcraft III, the story is your stock fantasy claptrap not worth following. Fortunately, a customizable skirmish mode is offered alongside the campaign. 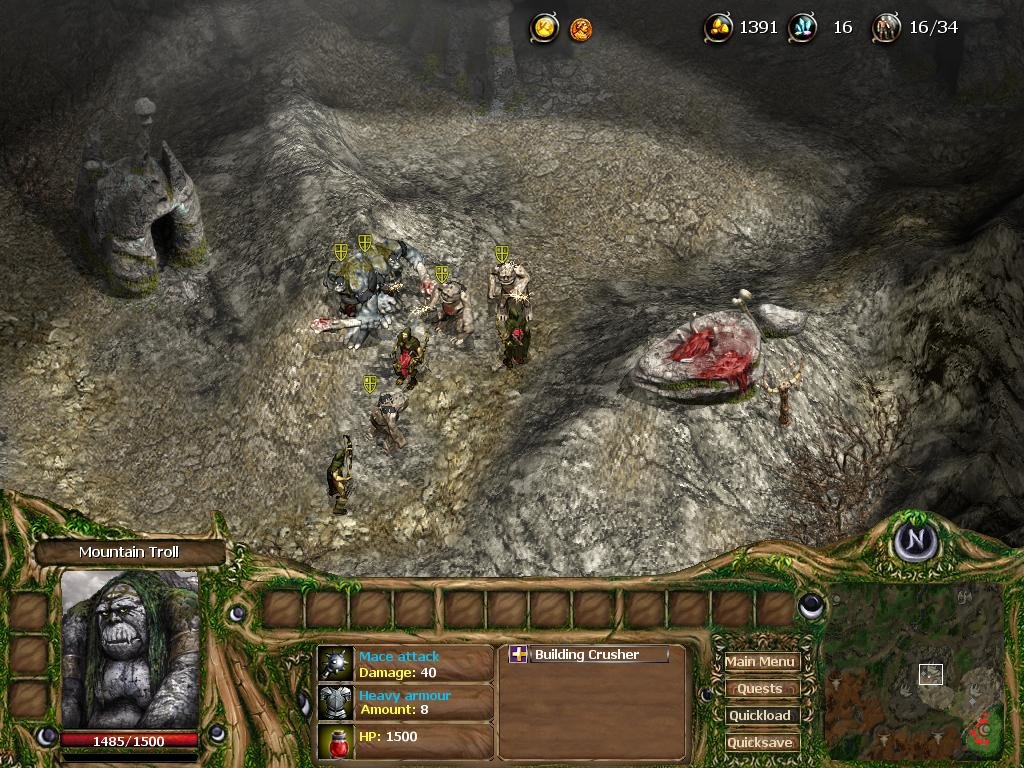