“Crowbar for a dollar?” Hip-hop, crime and thug culture get a sizeable take in Kingpin. The world developer Xatrix has created is filled with all sorts of shady types â€” grotesque caricatures that blend in perfectly with the grim setting, and all of it is beautifully realized by an amazingly pimped out Quake II engine. Although the highlights on the game box might leave you expecting something really special – interactions with NPCs, the ability to hire your own gang, earning money – the game itself is little more than your average retro shooter injected with a hoodrat attitude.

You begin your “life of crime” as an anonymous thug lying bruised and bleeding in an alley, the victim of a punishment beating for an unspecified affront. Armed with nothing but a broken pipe, you hit the streets in search of revenge – and soon learn that you’re not as tough as you might think. Even on lower difficulty settings, sneaking up behind someone and braining them with a steel pipe doesn’t seem to give you much of an advantage because everyone turns and hits you a split-second before you’ve even landed your blow. It’s the first sneaking suspicion that the game hates you for playing it, and that you’ll die lots.

But in all, you can do some cool things in Kingpin, some of which are central to the experience while others are just “Hey, look at that” novelties. Some weight has been put on Kingpin’s ‘open’ world, which is open to the extent of offering a non-linear path through the game world replete with all kinds of characters. While the streets are tough, you don’t have to blast every assorted scum around you. Some NPCs will be neutral bystanders, some might provide jobs, offer to accompany you, or trade gear. You’ll eventually find cash and will steadily gain access to a useful yet limited pool of weapon upgrades, ammo, armor and health items via the Pawn Shop. This is where you buy stuff. 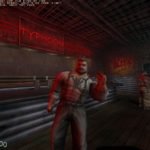 Hang out in bars and hire thugs.

Although you could finish most of the game without any help, you’re given the opportunity to hire gang members as you find more cash. Having these guys tag behind you is an exercise of patience. I had two hoods with me as I was about to call an elevator; one was crushed as he stood underneath it, and the other had his head sheared off as we ascended because he was too close to the railing! Worst of all is that while you can order them to attack targets or perform a specific task, you can’t get your cannon fodder to grab a medikit (instead they heal over time – very slowly). Still they’re more of an asset, and on higher difficulties can be a real lifesaver.

The AI, which has seen a serious tune-up from its Quake II days, has its ups and downs. It’s cool when a guy spots you, but instead of shooting he runs off to call his pals. It’s cool when you can sneak behind two gang members as they watch a football game on TV. It’s less cool when you have to babysit the catatonic gang AI, or when you see enemies just running around aimlessly as if they’d been dropped out of DOOM. Plus they have inhumane reaction times that slowly gnaw at your health, which makes it really tough on higher difficulties regardless of skill. The pathfinding of your gang is, surprisingly enough, impressively functional. NPCs can usually find their way around obstacles as long as they can walk to your location. The AI is quite effective at dodging grenades. The explosions are still cool to watch though.

Bad Day in the Ghetto

Kingpin constantly oscillates between brilliant and mind-numbingly stupid. The combat is frustrating on anything but the lower difficulty levels. But just when it works and you’re capping thugs with murderous glee, you get that occasional brush of bewildering stupidity. For instance, early in the game you find that you must pay up to gain access to a location in order to advance. If you’ve spent your cash on gun upgrades beforehand, tough luck kid, you gotta start anew. This happens several times in the game, to the point that it got me paranoid on saving money to avoid getting stuck.

There are times when you just want to throw Kingpin out the window, but it does have its charms. But while the difficulty isn’t that well balanced (the first level plays harder than the last one), Kingpin makes up for it by providing an engaging atmosphere. The game is fairly complex and puzzle-oriented enough to provide a lasting challenging, and nothing beats busting into a drug den, wasting everyone and running off with their dope money. 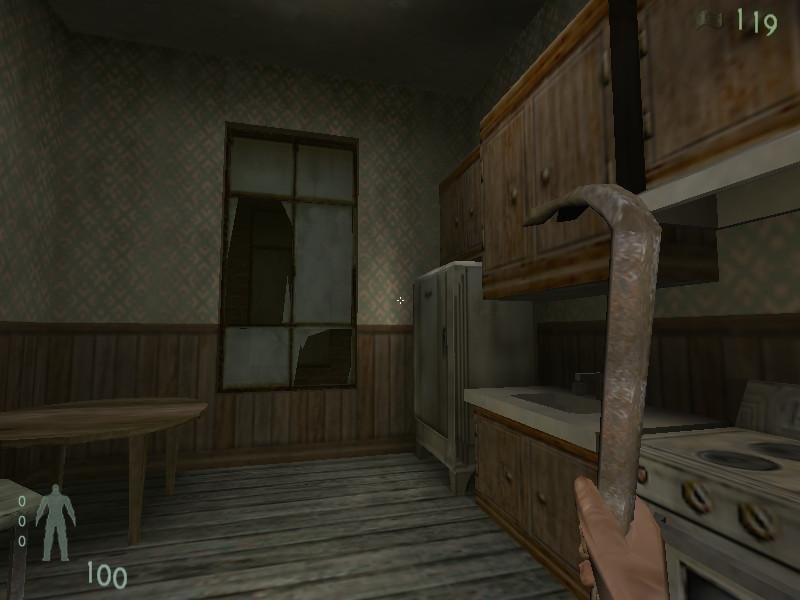