In the same vein as Descent, Terracide focuses on long, expansive tunnels, occasionally broken up by rooms and caverns. Under the guise of infiltrating the invaders’ monstrously large space fleet, players cruise through bright, sterile, metallic corridors in place of the typical dark, dingy tunnels. In an apparent effort not to tamper with the fragile psyche of action gamers, the same standard rules of war exist here as in every other 3D shooter: blow everything up, find secret areas, punch the end of the level button. Sporting both speedy frame rates and a convincing sway effect during erratic maneuvers, Terracide gives an excellent impression of navigating through zero-gravity environments. Although your spacecraft looks strange, it’s a fairly good fighter. A full arsenal of weapons and a fairly hefty shield make you a hearty invader against the throngs of humanoids within each hull. Enemies in the game offer fierce resistance to your presence, although they do so from sheer numbers rather than stunning AI. They attack you in almost every corridor, keeping the action moving.

Oddly, the insurmountable problem with Terracide just happens to be its strongest point, too. That is, it’s less a game than a tech demo. Once past the then flashy display of special effects, the colorful halls and caverns merely echo with the emptiness of another misguided attempt to hide weak gameplay with colorful effects. The levels are dull, lacking creativity and shedding doubt as to whether the developers ever remembered there was a third axis to work with. An occasional glimpse of imaginative design breaks through, but overall those moments of ingenuity are rare indeed. 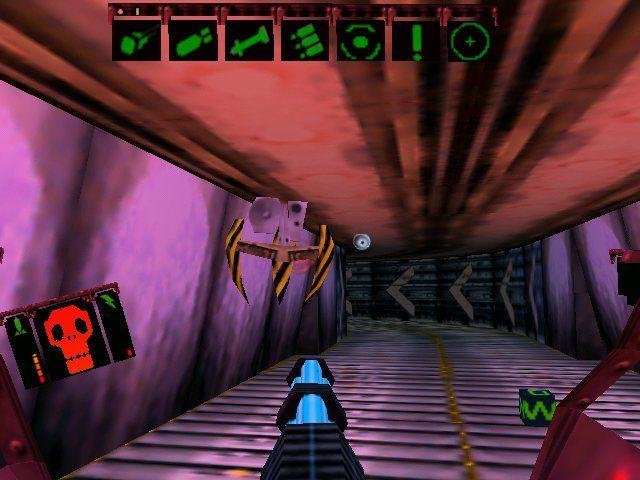 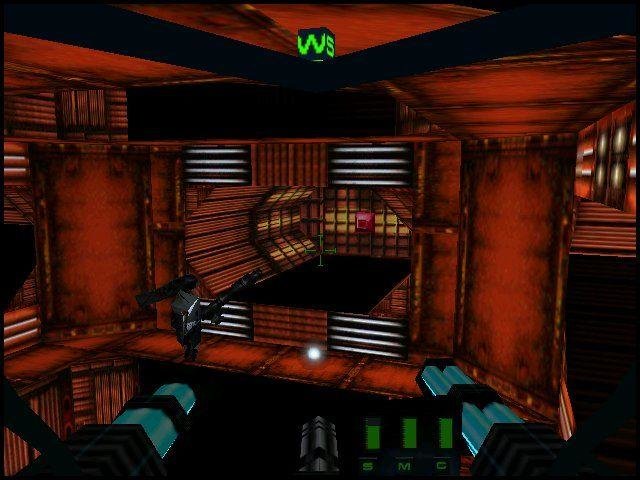