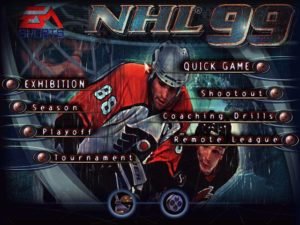 NHL 98 was a beautiful game and a terrible simulation of hockey. While the sound and graphics were arguably the best of any sports game at that time, the actions of the players, the puck physics and in particular the inhuman super-goalies at levels above Rookie completely ruined the game as a serious simulation. But those wanting to have superior graphics combined with better and more realistic gameplay will have to pass on NHL 99. It comes with minor graphic improvements, some new problems in the commentary and gameplay, and a few improvements in the simulation aspects.

The commentary in NHL 98 was excellent, with the two announcers playing off of each other and generally making very interesting and pertinent remarks. For some reason the commentary is significantly worse in NHL 99. There seem to be fewer comments, resulting in much more repetition. The two announcers don’t seem to have the same interplay, rarely bouncing comments back and forth. More disturbing, the number of completely irrelevant and downright erroneous comments is surprisingly high.

v
Now to the gameplay. Some improvements in the simulation aspects of the game have been made-players do a significantly better job of playing their positions and will actually stretch out and grab the puck when it goes by. User control is greatly improved. The various coaching strategies, which may be changed on the fly, have a significant result on gameplay. The frantic speed of the players, while still a bit faster than reality in the NHL, has been slowed down to a more reasonable pace, with the difference between players being very noticeable.

Injuries are extremely well done. A player can have an injury that lasts for anywhere from a game to a season, and the variation in the type of injury is realistic. Some players will be listed as day to day, perhaps coming down with the flu or a sore back. These injuries are more than mere window dressing, as losing a key player with a broken leg can have a significant and realistic effect on your season, particularly around playoff time. 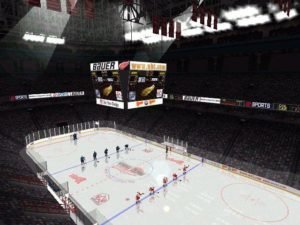 Unfortunately, the way the AI handles difficulty is a major letdown. Difficulty is bumped up by making computer goalies supermen, while your goalie becomes all-too human. At Pro level, the chance of scoring on a clean slap shot is practically null. It’s also almost impossible to put a clean wrist shot into the net. The computer, on the other hand, has no such issue.

Perhaps the graphics and sounds will be enough for some to overcome this deficiency; however, it’s unlikely this will be the case for anyone who actually follows the NHL and wants a real hockey simulation. 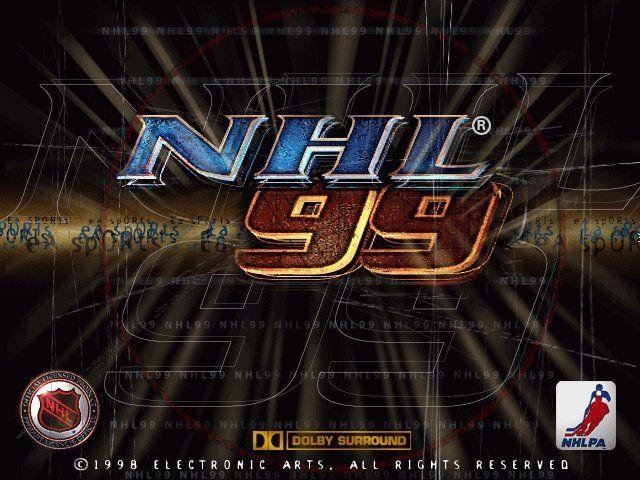