SimGolf has an immediately familiar and almost painfully upbeat look and sound, which will hit close to home for anyone who has every played a Maxis game. The music is the sort of chirpy strings-and-vibraphone audio you expect in a shopping mall, and caused yells of derision from every editor within earshot. The smooth, Easter eggâ€“colored palette is all greens, yellows, and blues.

There are really only two basic modes in SimGolf: the course-building and the championship golf playing. Youâ€™ll also find a sandbox mode that lets you build to your heartâ€™s content. The single-player campaign lets you construct 16 different courses around the world, but thereâ€™s not a great deal of challenge among them. There are no distinct victory conditions. Your job is the same every time: build a quality 18-hole course. 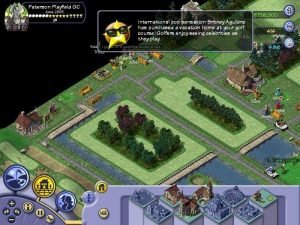 Crafting your dream course is absorbing for a while, but a feeling of sameness soon sets in. The game rewards you for bringing variety to your holes and making your courses as beautiful as possible. Cutely animated patrons play and pass comment, providing the feedback that drives your design decisions. But unlike RollerCoaster Tycoon (still the greatest tycoon game ever made), thereâ€™s no real opportunity for wild flights of fancy. SimGolf is all about realistic courses â€” it seems like a mode from a hardcore golf game.

Matters arenâ€™t helped by the unsophisticated championship play. Each of your golf courses has a club pro, with a few stats (power, accuracy, slice, and so on) that can be improved by entering tournaments. Yet playing in those tournaments isnâ€™t all that fun. You choose your shot and click the button. You control your drive and your approach, and thatâ€™s it â€” after that, you simply sit back and watch your little collection of 2D sprites putt it in the cup. Not very engaging.

I never grew bored or frustrated with SimGolf , but I didnâ€™t lose countless hours to it the way I did to The Sims, RollerCoaster Tycoon or SimCity 3000. With that being said, it’s still a competent tycoon game from the same talented developer. 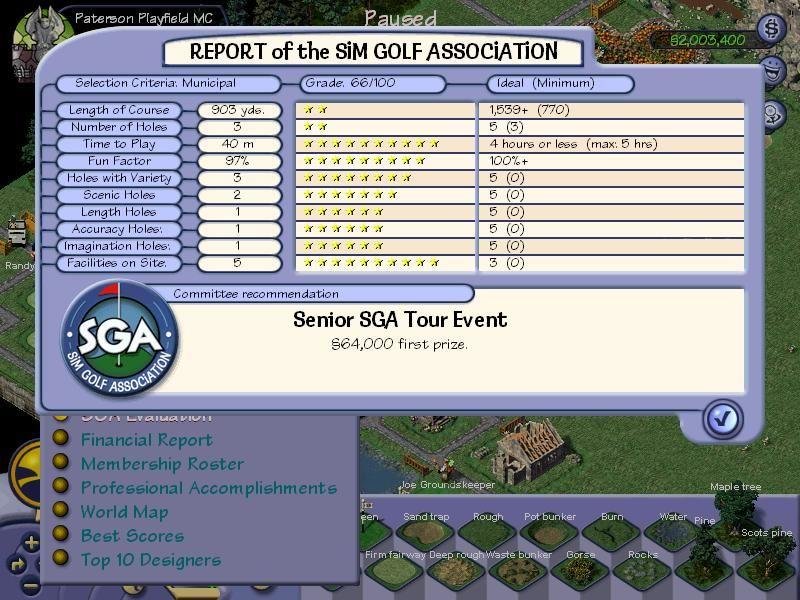 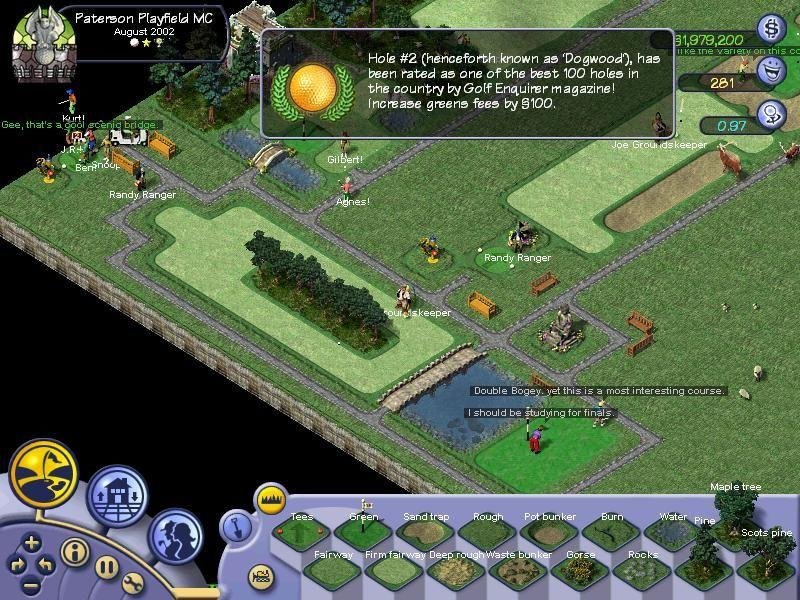 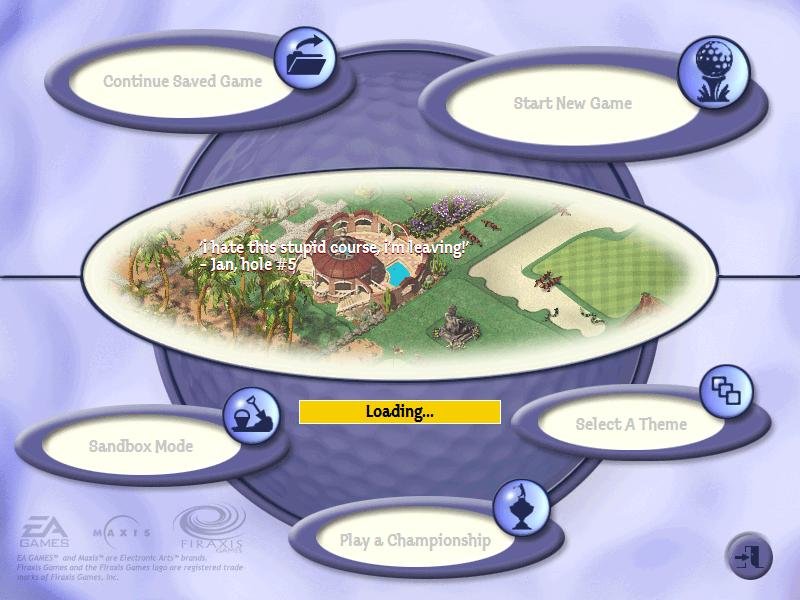 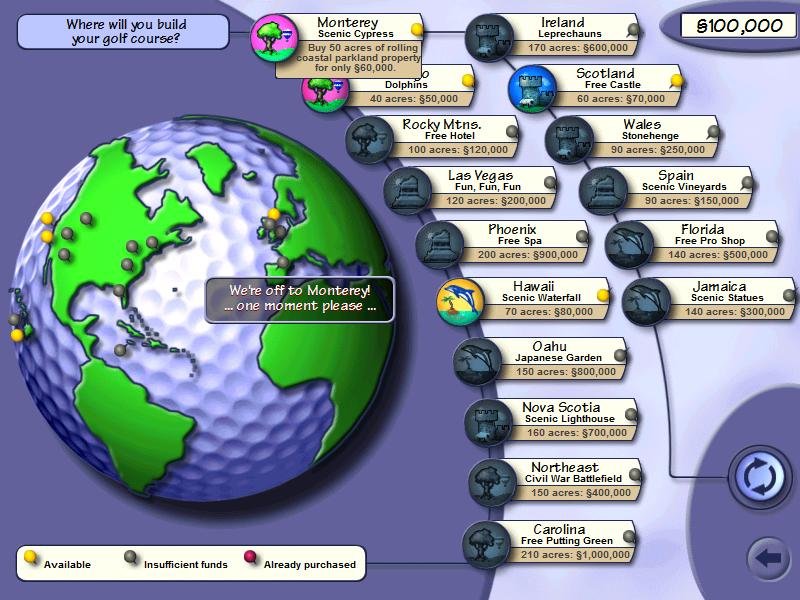 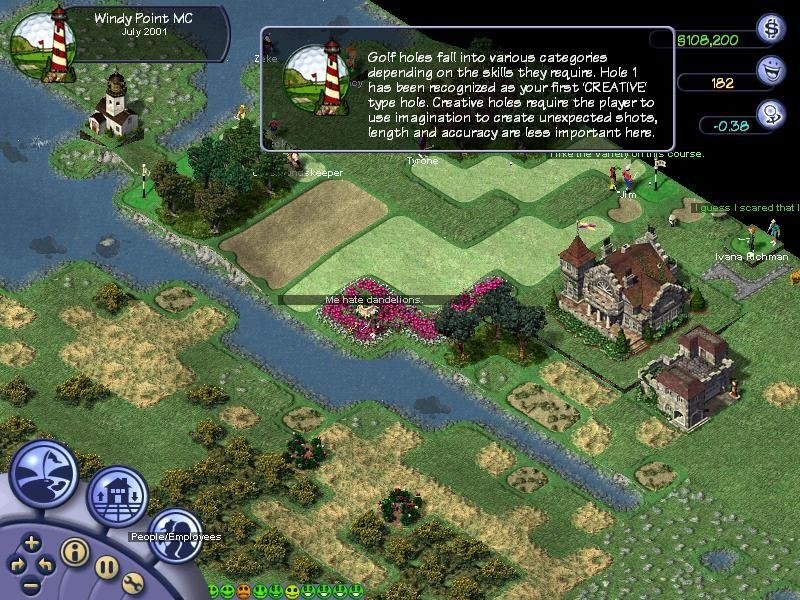 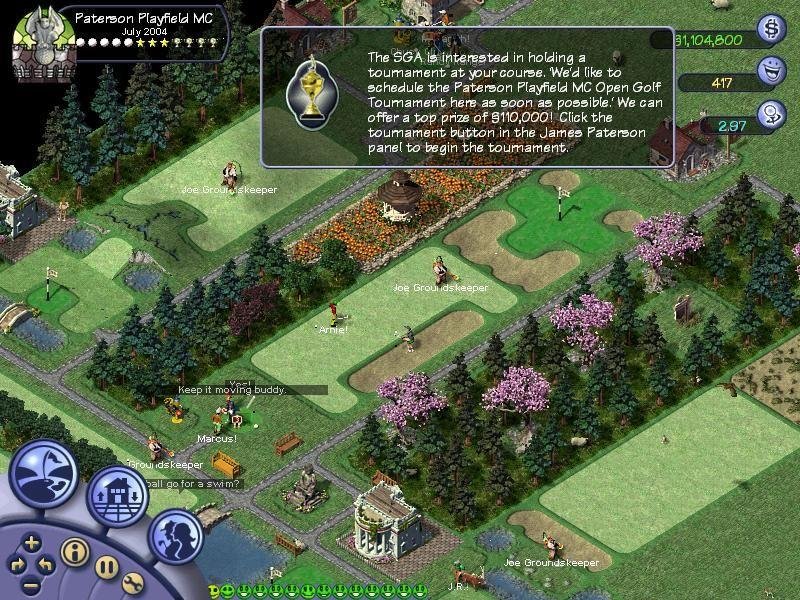