Spiderweb Software, developer of the award-winning shareware role-playing series Exile, has also released Nethergate. The simple graphics of Exile has been been improved in Nethergate. Combat no longer needs to load a separate battlefield module. Instead, battles now take place within the main landscape and interface. And no longer does a single sprite represent the whole partyâ€”each member has their own illustration. 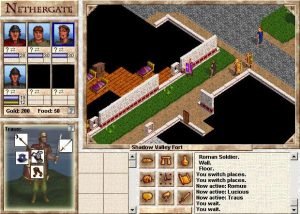 On the down side, it is sometimes awkward to maneuver all of the members of a party, since they tend to get stuck while attempting to go around corners, but this is only a minor glitch. Additionally, the game seems low on animations, especially when the PCs stroll though towns, dungeons, and countryside. Both characters and monsters are somewhat animated during battles, and missiles and spells are visibly launched, but more and smoother animations would make Nethergate competitive with even the more graphically advanced PC role-playing games.

Nethergate’s interface has also been tweaked since the days of its predecessor, Blades of Exile. Among other things, the shopping function has improved considerably. Buying and selling is now easily accomplished with a single click of the mouse, eliminating the need to wade through several options. The auto-combat is also a good idea, although it would be more useful if magic-users were allowed to cast healing spells. (They tend to lose health points very quickly when forced to rely on their weak sword arms and poorly armored bodies.)

Nethergate has retained several key Exile features, including its familiar style of interface. The visible terrain is framed by a collection of icons, portraits, text, and statistical menus, allowing easy access to practically all commands and character information with a minimum of clicking. The game also includes a handy auto-mapping feature, plus a Character Editor to give party members more hit points, magic points, gold, food, weapons, armor and skills. 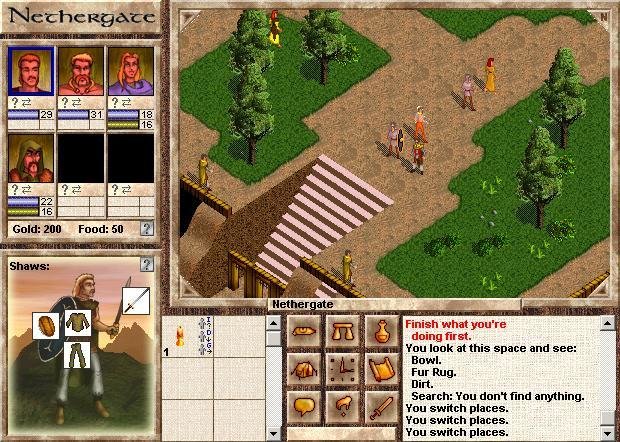 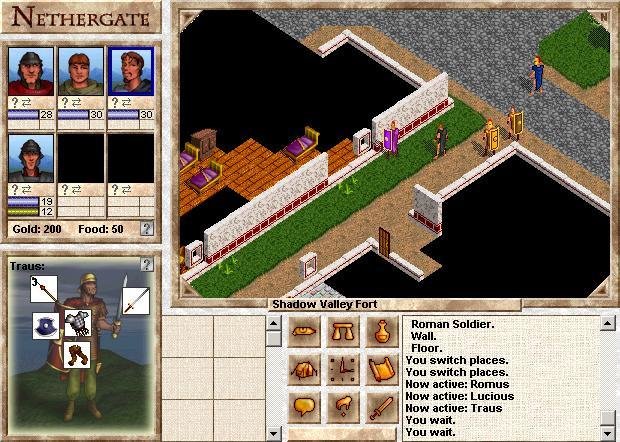 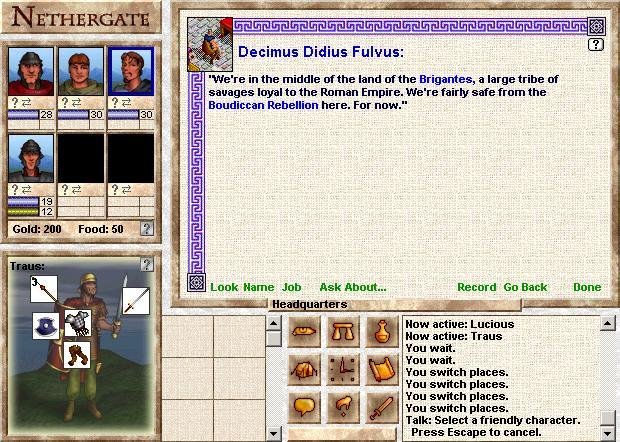 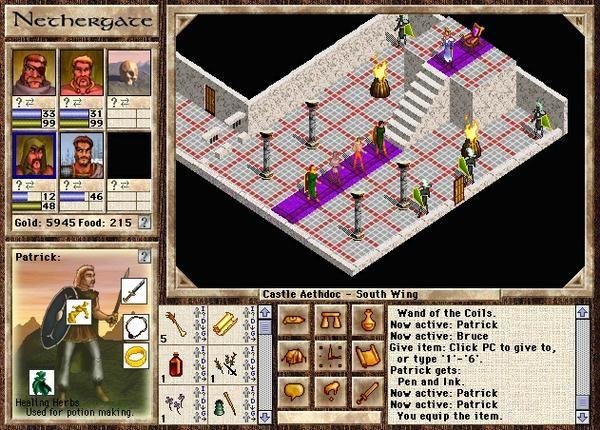 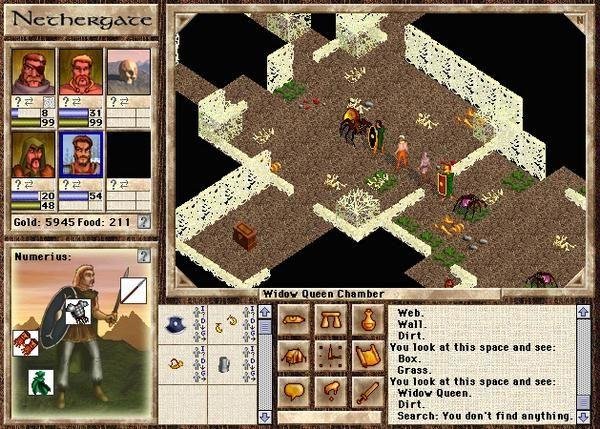