NBA Action 98 is a lesser known competitor to EA’s traditional line of NBA games. One of the most noticeable mistakes is the lack of 3D hardware support. This game supports several resolution modes, but even at the highest setting of 640×480 with 16-bit colors. The interface works well but still betrays the game’s console heritage (it’s a port from the Sony PlayStation). But it does get the job done, and allows you to tweak every facet of the game to your liking. You can also create your own teams and players with the easy-to-use editor, and the game will keep user records so you can keep track of your individual stats. 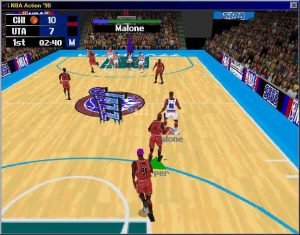 The most important area of any game is how well it plays, and NBA Action 98 does a decent job here. The most noticeable ones are being able to steal the ball from the computer too frequently, and computer-controlled players that have excellent blocking abilities. The game clock moves a bit too slowly, however. And at the highest difficulty level, the computer team has a marksman-like aim at the basket (they never miss). This last aspect makes the game quite draining and impossible to beat without a huge level of practice. Why anyone would bother with it is beyond me, but whatever.

The middle level of difficulty is quite challenging as well, and the intelligence of the players on the court is exceptional. They will find the open man with a pass, set monster picks to free up teammates, and play some tenacious defense. They will even throw a long outlet pass to a teammate streaking down court on the fast break; something which you rarely saw in NBA Live 98. As far as production goes, NBA Live 98 wins. It’s looks and sounds better, and also supports Direct3D rendering. But as far as gameplay, Action 98 pulls it off quite well, and manages to keep up. 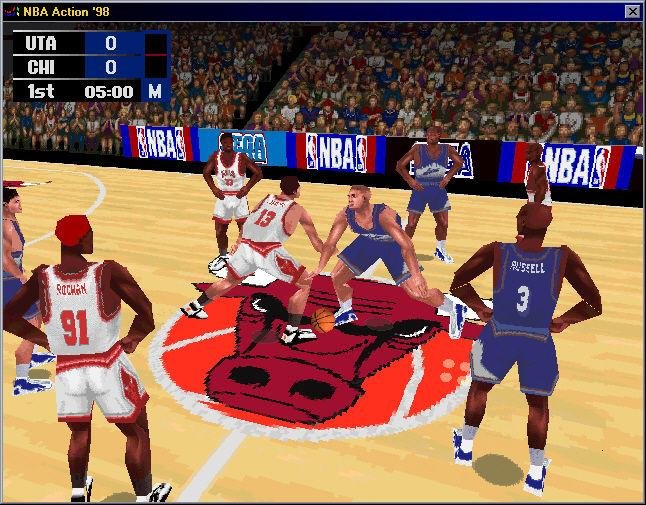 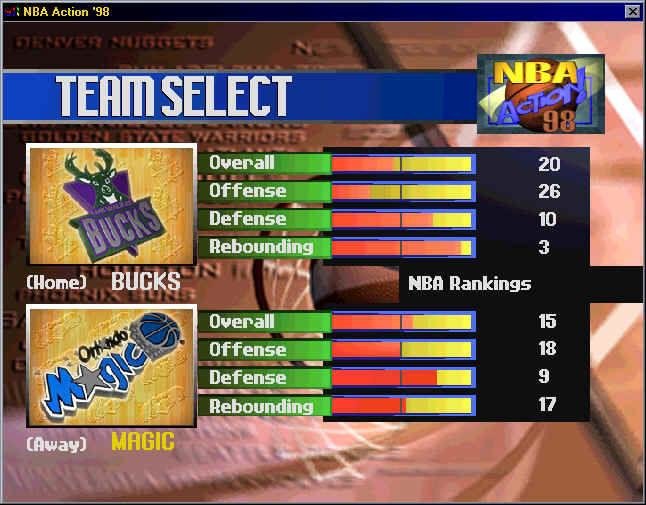 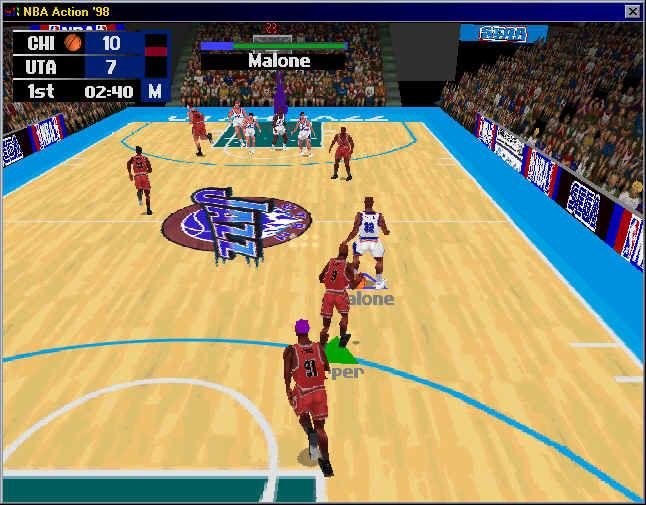 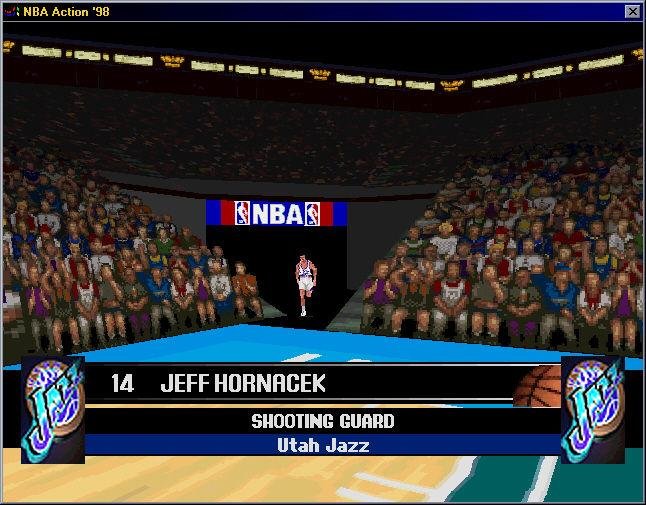 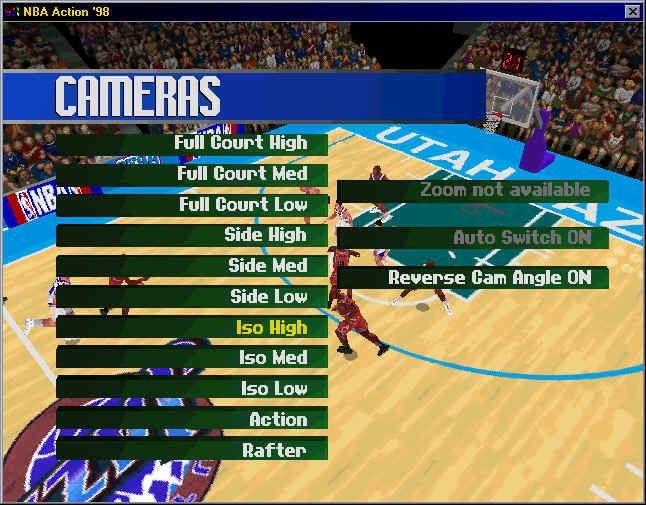 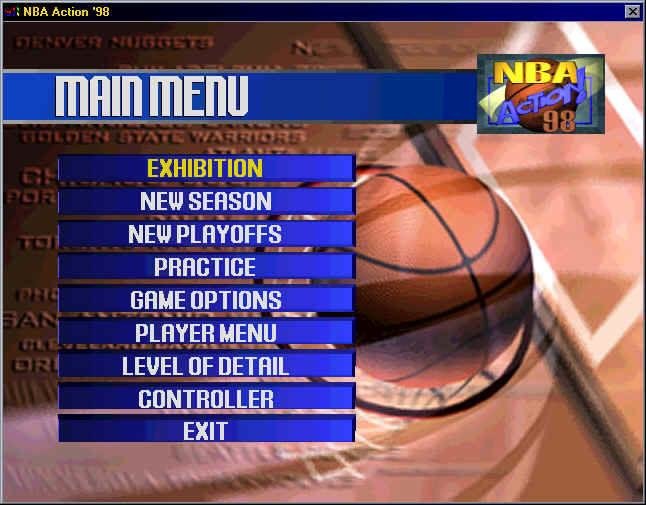 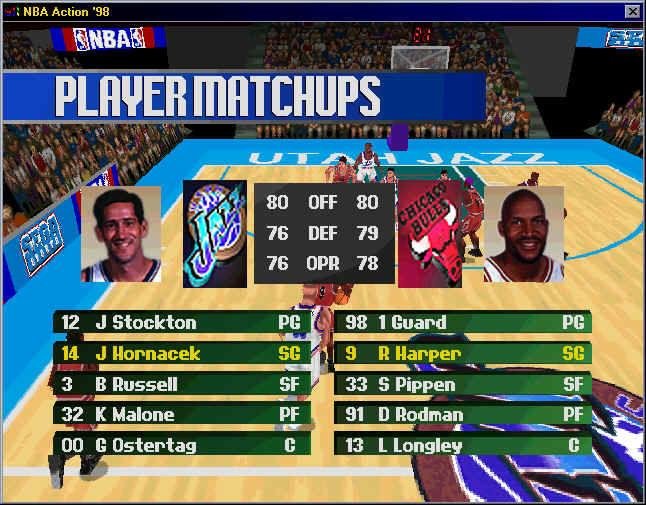 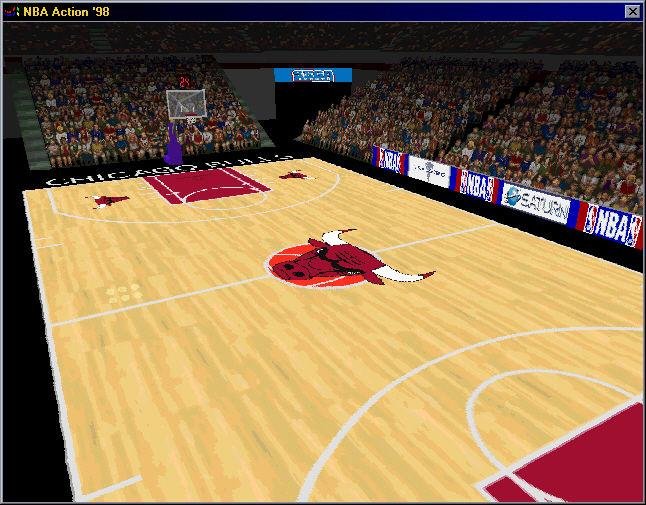