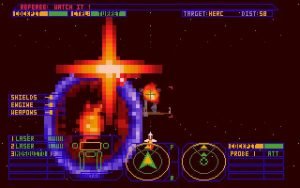 On the surface, Battledrome shares none of its narrative or dramatic elements with EarthSiege. What you have is an arena where the HERCs from the Metaltech universe can slug it out for credits. Each player begins by creating a character and arming a HERC for combat. There are numerous “chassis” to choose from, and you can outfit each with a power supply, shielding, armor, mines, and weapons, building the best â€˜bot you can with your starting purse.

After selecting a HERC, you choose your opponent, challenging either a modem or network player (only two people can compete at a time), or just an artificial opponent. Once a challenge is made, you negotiate which weapons are allowed in combat, victory conditions, the composition of the arena and, of course, the wager.

After all that preparation, you might expect to find a pretty cool arena to do battle in. Youâ€™d be wrong. The “Battledrome” itself is a featureless, black plain dotted with occasional obstacles and a persistently annoying referee who judges the status of the game. Itâ€™s much like a cage match in wrestling, with both HERCs being dropped into the middle of this ring to just slug it out. Weapons loadout, a touch of fancy footwork, and pure might make for winners; thereâ€™s nary a strategic angle to be found. HERCs just pound at each other until someone falls. This is fun for a little while, but it seems like such a slight amount of fun compared to the engaging EarthSiege. 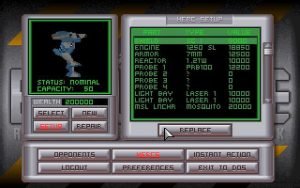 Granted, the necessities of modem transfer rates dictate a rather stark game environment, but games like GEnieâ€™s Cyberstrike prove it doesnâ€™t have to be completely featureless. They also prove that there can be an element of strategy to online warfare, which Battledrome lacks. Matches quickly grow repetitive and not terribly interesting, and there is really nowhere for the gamer to go.

Altogether, Battledrome disappoints, largely because the entire concept of a closed arena means youâ€™re gaming in a single, confined space over and over again, with little diversity. Titles like Cyberstrike or even Battletech show how much better Battledrome could have been, but as it stands, itâ€™s merely an adequate addition to the ever-growing roster of online games. 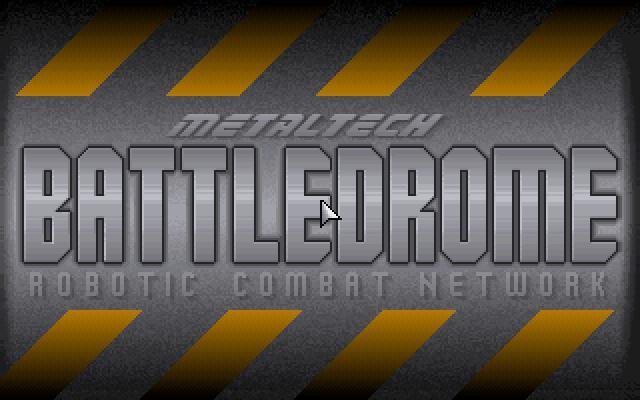 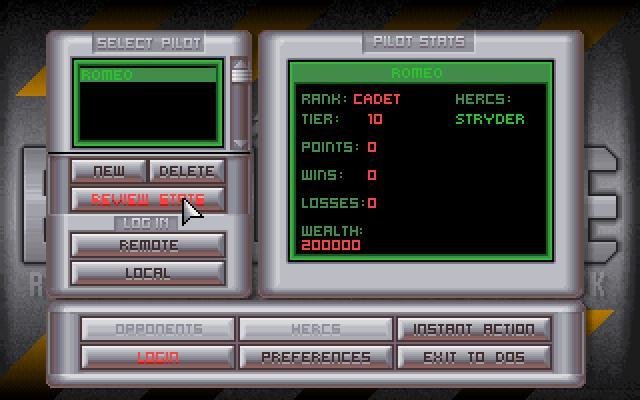 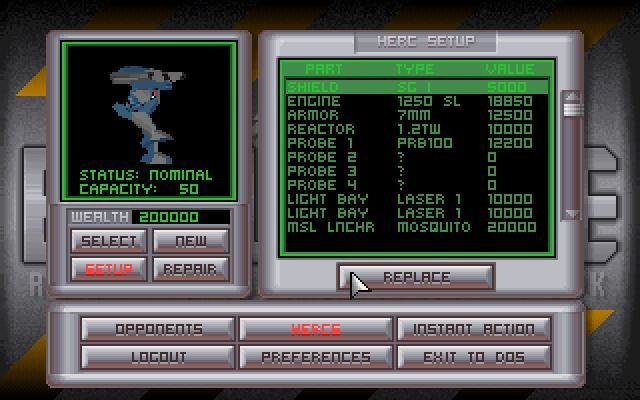 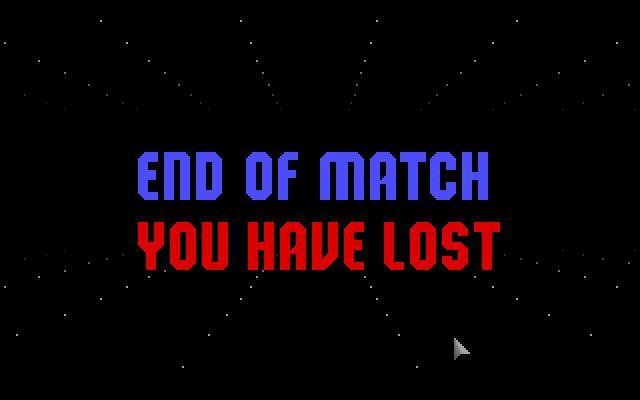 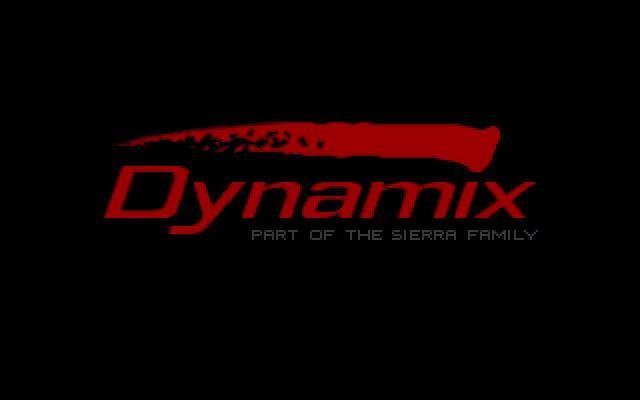 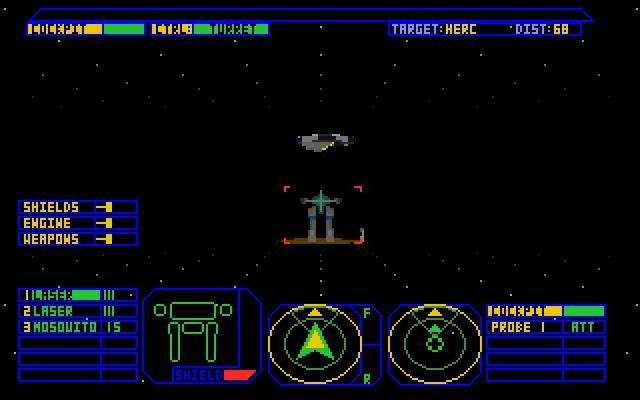 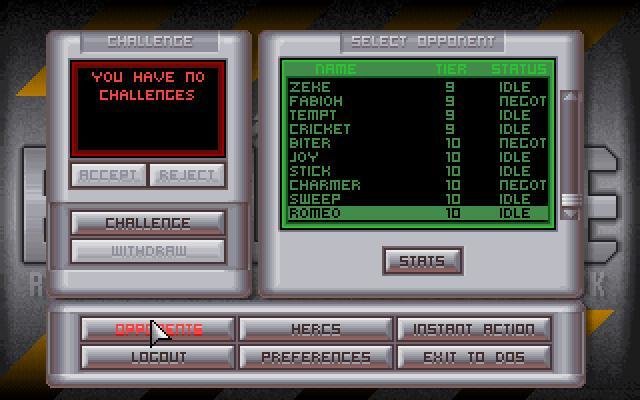 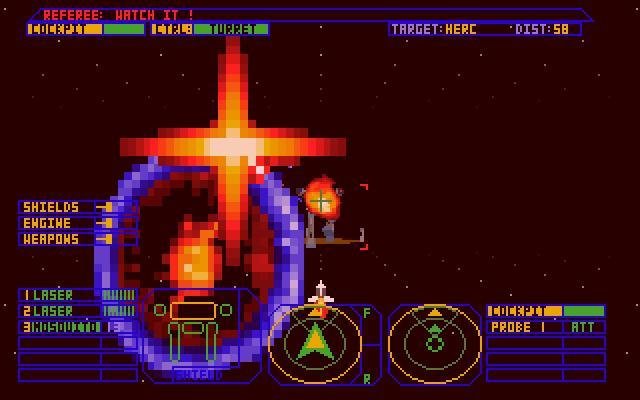