Even if youâ€™re deadly serious about realism in your PC racing simulations, youâ€™ve gotta admit that sometimes thereâ€™s nothing quite as satisfying as just hopping in a high-performance car and reveling in pure speed. Weâ€™re talking arcade-style racing, folks, where all you need to know is how to steer, brake, and keep the pedal on the floor as long as possible. If thatâ€™s the kind of action you crave, then Motorhead, a game on the foothills of early 3D accelerated graphics, will probably be up your alley. Thereâ€™s nothing remotely realistic about this racing game set in the futuristic TransAtlantic Speed League, except for one thing: it does a bang-up job of creating a true sensation of speed. Thereâ€™s no way to fine-tune your car in Motorhead: all you do is pick a ride and choose a track. Each of the gameâ€™s ten cars is rated in only three categories — speed, acceleration, and grip.

The TransAtlantic Speed League circuit consists of eight fictional tracks (though only six are mentioned in the manual), and each one is set in a completely unique environment, from the hazy skies of Red Rock and the urban thoroughfares of Neo City to the scenic shoreline of Olympos. Adding even more to the experience are trackside objects like windmills, office buildings, street lights, and advertisements — and youâ€™ll probably jump out of your seat when you see a jet hovercraft zip by overhead as you scream toward the finish line at Goldbridge.

You can play Motorhead without a 3D card, but while the software-rendered graphics are adequate, they donâ€™t hold a candle to what youâ€™ll see if youâ€™ve got a 3D card that supports all of Motorheadâ€™s visual effects. Translucent lighting, fog, lens flares, shadows, and other fancy flourishes combine to give Motorhead an incredible level of visual realism — and that goes a long way toward convincing you that you really are in an incredibly fast racer. The computer opponents are surprisingly strong, and theyâ€™ll put up a good fight even on the Easy setting. Thereâ€™s a whole lot of bumping and banging going on, and learning how to push someone while staying on course yourself is vital to success: thereâ€™s no faster way to pass someone than to nudge him into an abutment. Take a crest in the road at high speed, and youâ€™ll actually catch air. Crashes often result in spectacular flips and rolls, but unfortunately you donâ€™t see cars take any damage: you can head back into the fray even if youâ€™ve smashed into a wall at top speed.

The one annoying thing about Motorhead is that age-old practice of locking out most of the content and forcing you to play through the League Races in order to unlock most of it – a move that, as always, comes off as annoying to people who just want to jump in and have fun. By default you only get access to a paltry two tracks and three drivable cars. 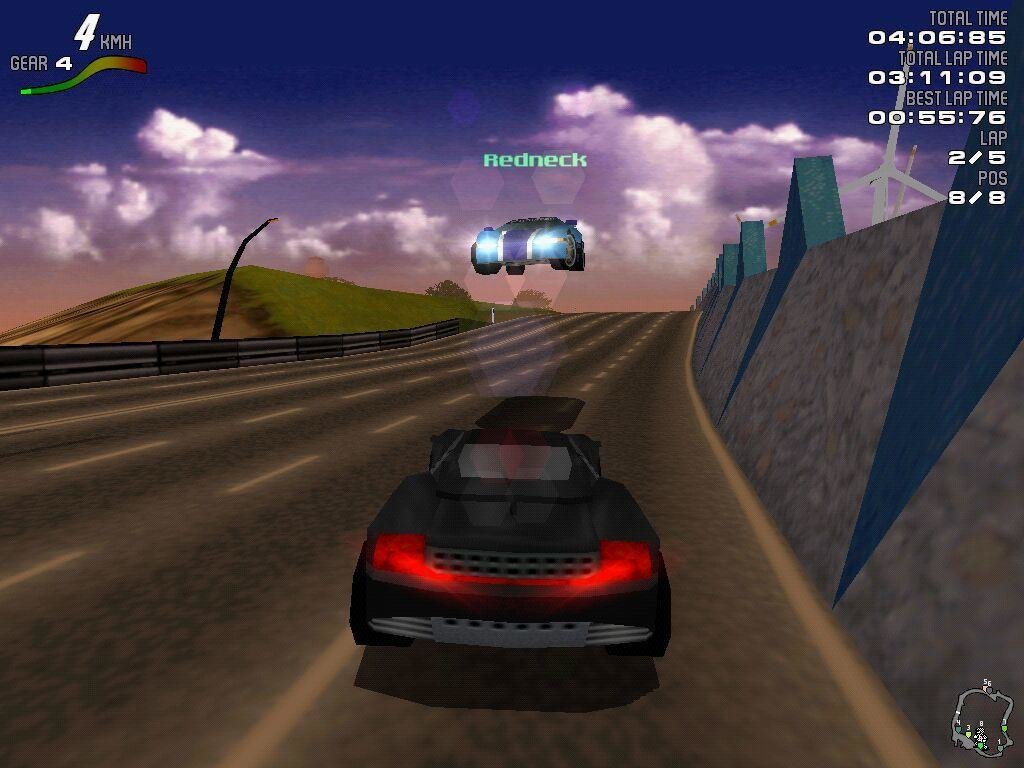 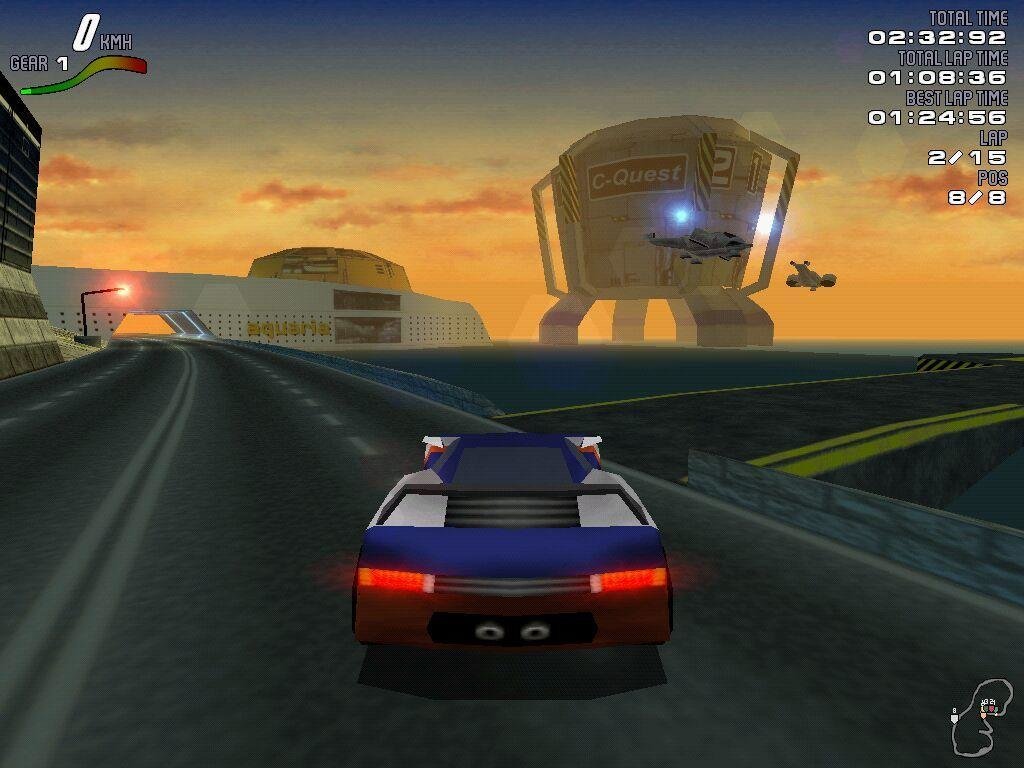