We’ve got many Blizzard games covered here – WarCraft II, StarCraft, Diablo, Diablo II – all of them five-star titles. Blizzard’s track record in producing top selling and critically acclaimed games is nothing short of impressive, so let’s take a closer look at this company, its history and learn just what makes it tick.

Blizzard was founded in February of 1991 as Silicon & Synapse, Inc., and up until February of 1994 developed numerous games for other publishers, including Amiga Lord of the Rings, Amiga Battlechess II, and The Lost Vikings, Blackthorne and The Life and Death of Superman. Silicone & Synapse changed its name first to Chaos Studios and then to Blizzard Entertainment in April of 1994, the same year it was acquired by Davidson & Associates, Inc. In November of that year, Blizzard released the first game under its new label, WarCraft: Orcs and Humans. “Dune II was the one that started it all,” explained Blizzard’s Bill Roper in an interview some years back. “We couldn’t believe that no one else, including Westwood, had ever done another game that had this real-time strategy element. [WarCraft] got strong reviews and was really well accepted by journalists and the hardcore gaming community. For a first title it sold really well, and Davidson was ecstatic with it. We did more than our projected numbers and it established what I think has always been a precedent for Blizzard. We really work to make excellent, definitive titles.”

In December of 1995, Blizzard released its biggest game yet WarCraft II: Tides of Darkness. This would be the first in a string of games that would garner game of the year honors from various sources and top the sales charts. WarCraft II expanded on the gameplay of the first game, offering a new resource to mine in oil, and it was the first game with playable naval units.

The initial concept for WarCraft II was something that would never reach the store shelves. “We had this whole new idea about the opening cinematics. You would see a couple of fighter pilots flying their F-16s, and one guy would radio about bogeys coming in, and then the other would say, ‘I know where it is! I’ve got it on my scope!’ Then a dragon would come in and flame this F-16. It was going to be WarCraft II with the orcs and trolls and ogres and dragons all coming in through a dark portal into modern day earth. We would have had guys with machine guns and hand grenades. We talked about it for another couple of hours and then said, ‘Nah, that’s a really bad idea.’ I’m really glad we got that one out of the way and stuck with full fantasy.”

WarCraft II and Westwood Studios’ Command & Conquer were released within months of one another, and these two games helped expand the multiplayer gaming scene, with no small thanks to Kali, a $20 software utility and matching service that allowed players to spoof a LAN connection and play these games over the Internet (much like GameRanger is still used today to play these games online). Blizzard supported Kali and WarCraft II played with a special executable they released: war2kali.exe.

The nearly simultaneous release of these two powerhouse games also sparked a bit of a rivalry between Westwood and Blizzard. “It was a very friendly and very respectful rivalry,” explains Roper. “It was back and forth between us and we both were the better for it. It helped to escalate and skyrocket the genre. I have nothing but the utmost respect for Westwood. They made some great games and they still make great games.”

In May of 1996 Blizzard released the expansion WarCraft II: Beyond the Dark Portal. In July of 1996, CUC Software Services (which also owned Sierra) acquired Davidson and Blizzard. By September of that year, WarCraft II reached 1.2 million copies sold and was the number-one selling title of the year.

From January of ’97 to the present, Blizzard was busy, releasing Diablo, StarCraft, Brood War and Diablo II, all of which enjoyed critical and commercial success. CUC became the Cendant Corporation, and Cendant was evenutally purchased by Havas, a French company. In 1999 Blizzard released its most recent WarCraft product, the WarCraft II Battlenet Edition, which included a few minor tweaks, but was mainly done to provide a native Windows version of the game with built-in Battle.net support.

The rise and fall of WarCraft Adventures

There is one more WarCraft game that Blizzard worked on that was never finished, WarCraft Adventures: Lord Of The Clan. “One thing we’ve always tried to do as a company is make the kinds of game that excite us and that we want to play, and that was the impetus behind making it,” explains Roper. “As we went along we found out that there’s a lot of different things that we had never done before that we needed to do for this game. We didn’t like the way some of the puzzles worked, so we ended up bringing in Steve Meretzky to make a pass over the whole project.” Roper said that Blizzard began to feel that the opportunity to release an old style adventure game had slipped away. “Curse of Monkey Island came out and Grim Fandango was next in line for Lucas, and we really started to feel like the game wouldn’t live up to the expectations of fans. We just decided that it wouldn’t be what our fans want or what we want, so we made the very hard decision to cancel the project.” Roper did mention that some parts of WarCraft Adventures made it into WarCraft III, including Thrall, the orcish Warchief and leader of the Horde. “Some of the characters and storylines we created will be used in WarCraft III. The animation we did is probably going to stay locked up in the Blizzard vaults forever.”

When approaching Blizzard Entertainment’s Irvine headquarters at around 2003, the first thing you would notice is how bland and corporate its facilities were – sprawling across several floors in a nondescript building, with room after room of cubes and offices. Looking back at this sterile and dull environment, it’s difficult to figure out where Blizzard keeps the magic that has led to the creation of games like Diablo and StarCraft. Where were the diodes with bolts of electrical energy arcing between them? Why wasn’t the ceiling cranked open to draw upon the mystical creative energies of the universe? Why are there printers and paperclips and not tomes of ancient wisdom scattered on these desks? Just where is the magic? Inside those walls, Blizzard conjured their venerable third installment of the WarCraft series of real-time strategy games, taking the game into 3D and tweaking the standard “collect resources, build a town and defenses, amass an army, attack your opponent” style of gameplay. WarCraft III represented a number of firsts for Blizzard. Perhaps most significantly, it’s the first game that melds role-playing to real-time strategy. As reported in its conceptual phases, Blizzard has once called WarCraft III an “RPS”, which is its term for a role-playing strategy game – after seeing the game in action, it’s easy to see why. “We want players to focus on managing battles and casting spells and counterspells, […] We don’t want players to have to be in the base all the time and micromanage.”

Few early strategy games have made the move to 3D with any measure of success; usually, it just adds to the complexity of the control scheme. The more you make the player responsible for finding the proper angles to view the game, the tougher it is to play. Not only did Warcraft III get the 3D portion right (despite being Blizzard’s first true 3D game), but it also enjoyed the same sort of unrelenting balance and fluid gameplay that characterized all of their titles. So how is it that Blizzard retained its almost legendary Midas touch throughout the ages?

Roper gives an interview in ‘Game Design: Secrets of the Sages’, a book published by BradyGames in 2000, where he explains it quite well: “While game designers have to keep a lot of balls in the air at once, the single most important factor is your audience. Never lose sight of who the game is made for and what they want and expect out of the product.[…] We also play a lot of games at Blizzard and view them with a critical eye for ideas, both good and bad. During every phase of the design process, we kept our audience in mind; core gamers who demand longevity with involving strategic gameplay and more casual gamers who need to be able to play the game just by sitting down with the keyboard and mouse. Our goal was to make the game easy to learn but difficult to master…”

“We have always been focused on creating the best games possible and have remained dedicated to not releasing a game until it meets the standards that both we and our fans have set. While this is a very difficult path to follow, especially when the end of the year approaches and the game just isn’t done, it is the guiding tenet of our company and has served us very well if the sales and following that Diablo and StarCraft have generated are any indication.” 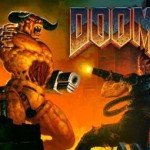