When the original Magic: The Gathering collectible card game was released in August 1993, an unsuspecting and ravenous public quickly purchased all product in sight. The game achieved widespread popularity very quickly. But anyone expecting Acclaimâ€™s real-time strategy adaptation of the card game, Magic: The Gathering â€“ Battlemage, to cause a similar stir will be sadly disappointed. 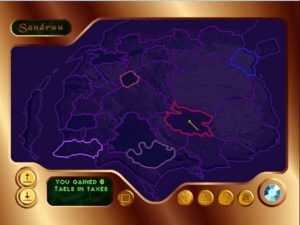 Battlemage consists of two modes of play; The Duel, which allows the player to assume the persona and spell tome of any of six wizards and launch into battle with another wizard on any one of thirty different battlefields; and the Campaign, which pits the selected wizard against the other five in a map-based battle. Attack another territory in the Campaign mode and you switch to Duel mode. In Duel mode, the player must tap (cast) the various spells contained in the wizardâ€™s spell tome in an attempt to defeat the opposing wizard, who is also tapping spells.

It is in the Duel mode that this game falls terribly short of hitting the mark, and there are many reasons why this is the case. First, each wizard is an immovable object â€“ once the wizard is planted on the map, the player is hopelessly stuck with the position in which he is placed. This would not be such a bad thing, except for the fact that I have not yet been involved in one Duel where both wizards can be viewed on the screen at the same time. Since certain spells require that a target be selected, this means that the player must take the time to scroll across the screen and center the mouse cursor on the targeted enemy. At the very least, a split-screen would be helpful in allowing the player to more easily target the enemy.

Second, there have been many instances in which the creatures summoned have become trapped in the hazards on a particular map. There is nothing quite as frustrating as finding that a spell has been wasted because a summoned creature is unable to reach its target. Again, this would not be as much of a problem if the player were allowed to physically move the wizard on the screen, perhaps to take advantage of some of the strategic elements of a particular map. Although some creatures can be selected and controlled using the mouse, there is hardly the time to direct the movements of a particular unit while continuing to cast spells and keep pace with the opposing wizard. 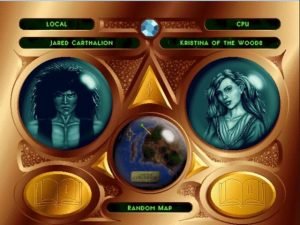 Third, and perhaps most important, is the fact that a successful duel is dependent upon the player memorizing the artwork that has been used for a particular card, and remembering vital statistics about it, such as its casting cost and intended effect. An Archive option is available from the main entry screen, which will allow the player to review all of the spells available in the game and the artwork that represents each one. In Duel mode, the player has the option to â€œfanâ€ out his cards across half of the screen, which also includes a scroll containing information such as the casting cost of the spell, power, and toughness, of a creature.

However, the player really doesnâ€™t have the time to concentrate on these descriptions during game play, given the pace at which a duel progresses. So, if you are the type that doesnâ€™t like reading a manual, and if you are not already familiar with Magic: The Gathering, plan on spending some serious study time in the Archive before becoming proficient at this game! 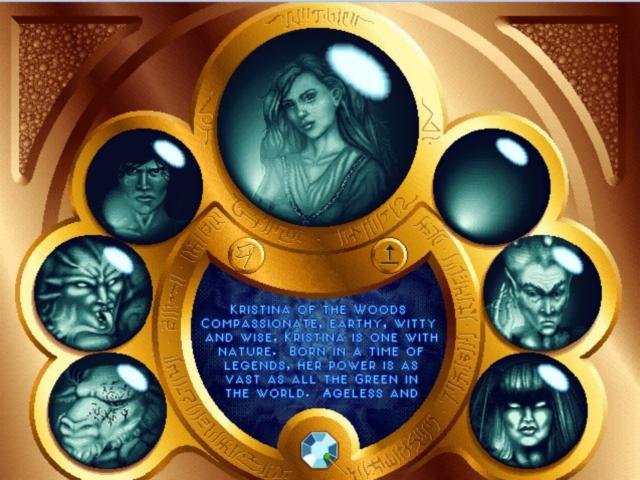 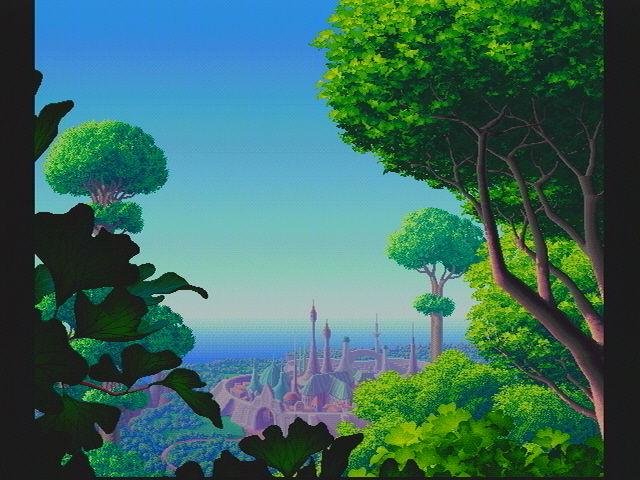