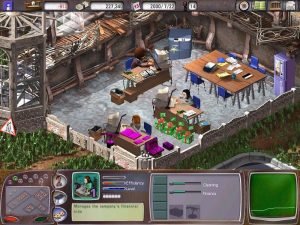 Gadget Tycoon is a business simulator / tycoon game where you lead and develop a corporation responsible for creating futuristic devices. Over time, youâ€™ll hire and fire employees representing 11 professions, including lawyer, sales manager, and production supervisor. All employees (you can have a maximum of 17) are rated for morale, efficiency, level of qualification, and salary. The three products you produce are space-age latrines, jet-propelled rollerblades, and robot domestics. These items have more than 30 customizable components… like toilets with built-in television.

The real fun is the pleasing variety of corporate â€œdirty tricksâ€ maneuvers. You can hire a spy to steal research, sabotage competitorsâ€™ production lines, or peek at an enemyâ€™s marketing data. And if thatâ€™s not enough, your accountant can create a slush fund for building a Mafioso office in your backyard. Once hired, your â€œDonâ€ can intimidate a variety of your competitorsâ€™ departments, reducing productivity and morale.

Iâ€™m also pleased by the ability to tailor the seven AI types â€” including my favorite, the sleazy discounter, whoâ€™ll try to lowball everyone else out of business. Thereâ€™s also an eighth AI that will shift strategies to suit its opportunities. Gadgetâ€™s in-game tutorial covers the basics well, and should help novices be up to speed in no time. Unfortunately, you canâ€™t change the speed of the simulation. Lastly, you canâ€™t examine financial data when the game is paused, which is quite an annoyance. 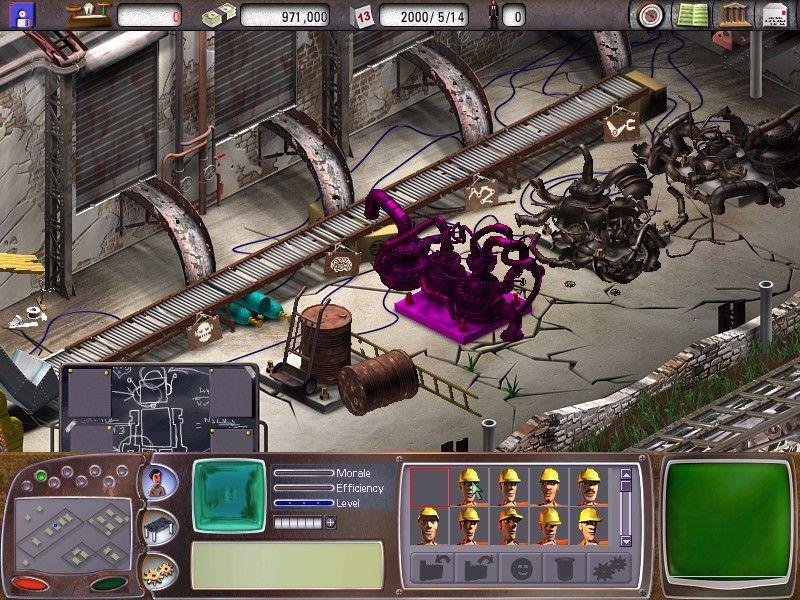 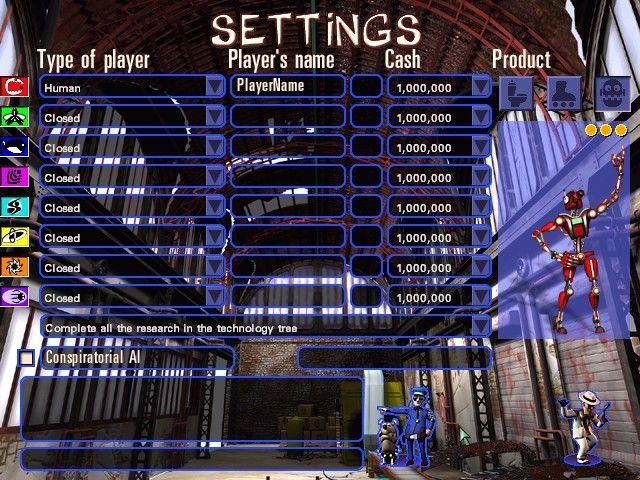 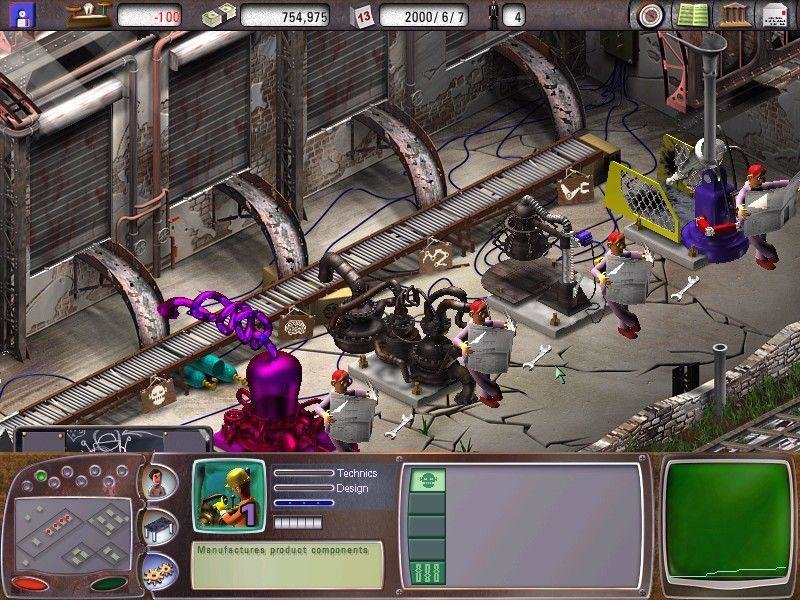