In Evil Core you play the role of Vein Black, and as the game begins there are a series of devastating attacks from an unknown source on cities on Malia. The N’Leths and the Bloblics band together to defend themselves against the as-yet-to-be-identified enemy, and they focus their concern on detecting the source of the disruptions on the Fallen Cities in the Old Sector. They enlist you to scout out this area and report back to them with what you see above and below ground. You will be helped in this quest by a trusty wingman named Bo. 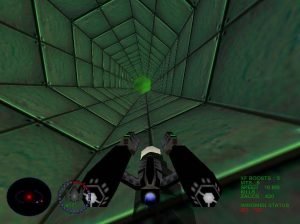 When undertaking your mission, you discover quickly that this is not just another 3D shooter. In the course of completing your objectives you earn money that you can use to buy and trade upgrades of all sorts at different stores. You also make new friends along the way, who help you in your mission. To succeed in the intricate gameplay, you need to undertake activities as diverse as picking up light sources, weaving your way through complicated mazes, disabling power sources, and finding and eliminating nuclear devices. A large assortment of weapons are available to help you to accomplish these tasks.

The game has two modes of play. In Adventure, you may play with one player or two, but VS  (the 2nd mode) is a mandatory two-person game. Quite a bit of attention was devoted in this game to this VS multiplayer mode, which has 6 worlds and 8 different ships. There is a cooperative split-screen mode for team play as well. The flexibility of the game design leads to wide open two-person play that gives you the option of employing a really diverse variety of strategies against your human opponent.

Evil Core has you view the action from a third-person perspective as the default view, but you can switch back to a first-person perspective if you wish. I find the third-person viewpoint much more satisfying because it lets you see much more clearly how you need to maneuver through the narrow, odd-shaped passages you need to traverse in the game. With so much freedom of motion, you can easily lose your bearings if you are not able to see your vehicle. There aren’t many improvements to set this vehicular shooter apart from the sea of games that appeared in a post-Descent world, but at least Evil Core makes some effort. It’s fast, it’s dumb, and there’s some fun as well. 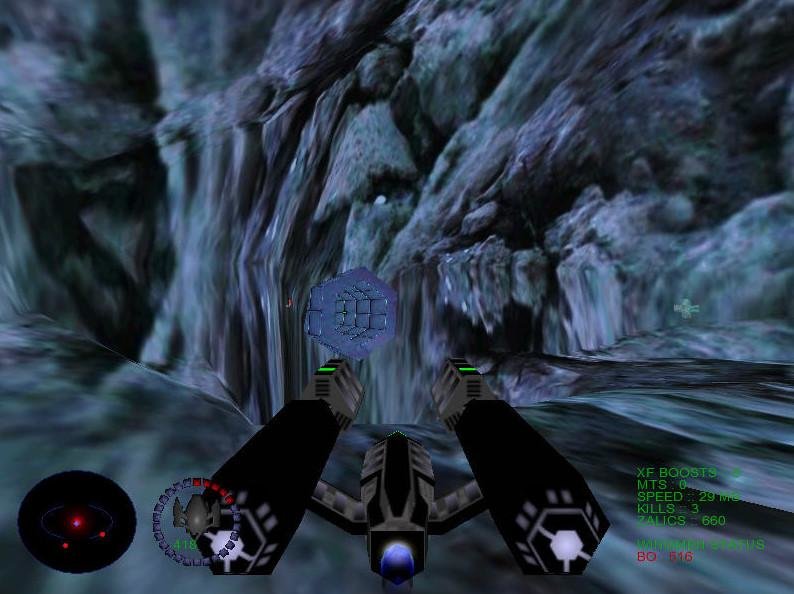 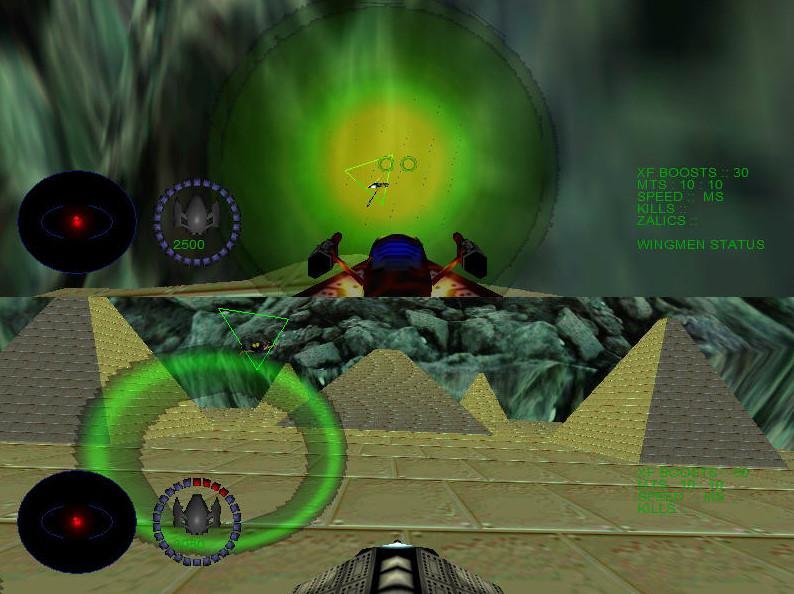 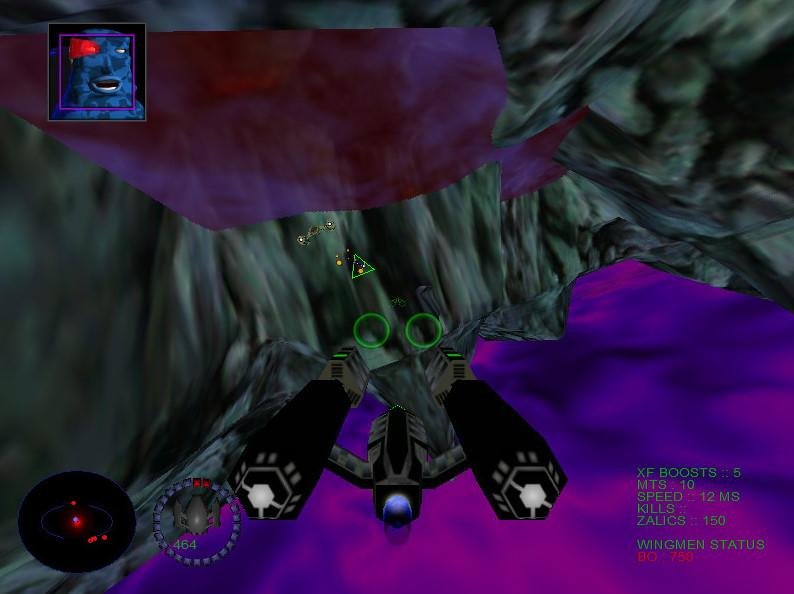 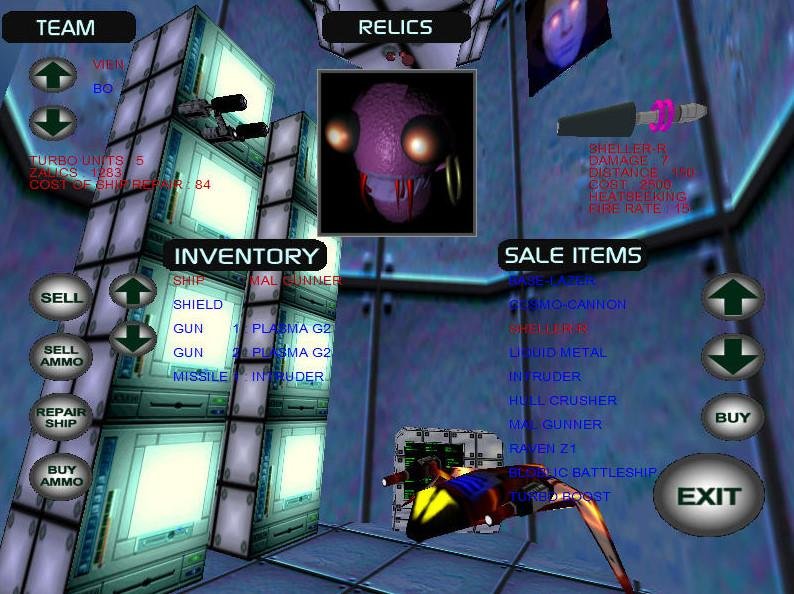 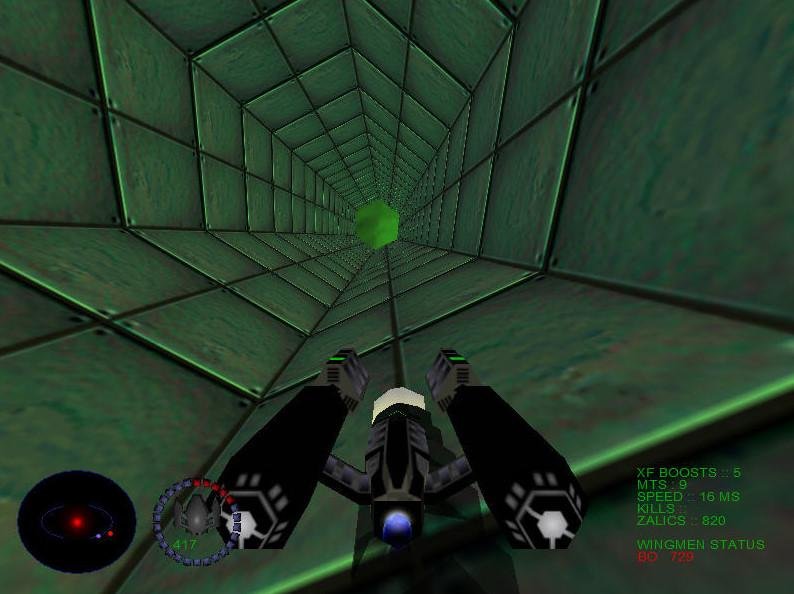 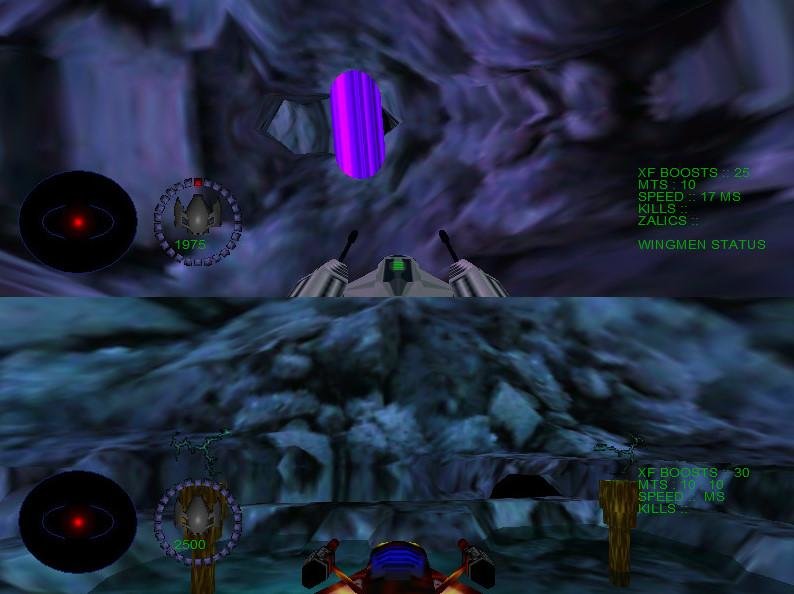 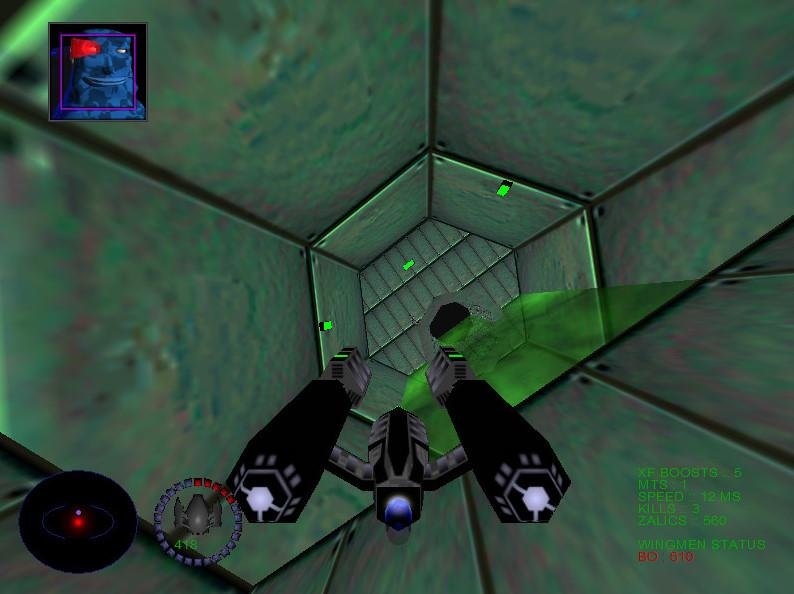