Not much of a mental workout but still manages to be great fun.

Command & Conquer: Red Alert 2 is built on the Tiberian Sun engine. From a technical viewpoint the two games are all but similar, with the notable difference of the engine drawing 2D sprites for units in place of Tiberian Sun’s more complex voxels. But gameplay-wise it’s a slightly different experience. Unlike past C&C games, RA2 includes a tutorial

Having identified Red Alertâ€™s fast pace as what set it apart, the developers have modified the engine to recapture that pace. In accord with their philosophy that they want half-hour multiplayer games, not three-hour games, they have increased the speed at which units move and at which units and structures are created. By dividing the interface into separate tabs, they have increased the speed at which you can build, and by balancing buildings and units “high”, meaning in essence that all units have both rigid strengths and weaknesses, they ensure that battles are resolved quickly.

In keeping with Westwood’s tradition of providing amusingly cheesy narratives for their C&C games, Red Alert 2 will have you face off in yet another Soviet invasion as either the Reds or Allies. Following the events in the first Red Alert, the Allies have placed Romanov, supposedly a descendant of the Tsars, in charge of Russia. Although he appears to be the perfect puppet (despite being an outward Communist), he has his own agenda of revenge with his psychically-endowed pet Yuri by his side, who reeks of pure Rasputin-esque evil.

In contrast to the post-apocalyptic look of Tiberian Sun, Red Alert 2 uses bright, vivid colors, including green grass and trees galore. Furthermore, its structures and units have been resized and are now significantly larger (while resolutions as high as 1024×768 provide more gaming real-estate overall).To make the graphics more interesting, the single-player mission maps feature real world locations with lots of recognizable landmarks. Among the US maps youâ€™ll find Washington DC, New York, Hawaii, the Virgin Islands, and the Florida Keys, and among the foreign maps youâ€™ll find the North Pole, the Urals, Moscow and Paris. As always, going through the campaign can be wicked fun. Defending the Statue of Liberty Love or hate it, you can’t ignore the acting The game offers numerous and interesting alternatives to the basic tank rush tactic. Unfortunately, none are really as effective, and most will likely be used only in campaign game circumstances that use scripting to reward different tactics. Buildings can now be occupied, offering greater protection for concealed infantry units. Functioning like other defensive weapons (such as flak guns and Tesla coils), occupied buildings will shoot at whatever strolls down the street. You will have to abandon the building if you want to direct your fire at a specific enemy unit, however.

Each faction has a selection of common and specialty units and structures available for construction. Soviet infantry conscripts are cheap and expendable, while their Allied counterparts are far better trained, deadlier, and more expensive. The Grizzly and Rhino tanks are the MBTs (Main Battle Tanks) of the Allied and Soviet armies, respectively.

Climbing up the tech tree unveils more diverse units, some which even yield a few interesting strategies in those scenarios where rushes are rendered ineffective. Tesla technology, which delivers devastating energy bolts, is central to the Soviet war effort. The Tesla Coil can be a monster of defensive muscle, with a large effective radius that fries most units before they can close. The Allies have a few nice defensive tricks of their own, but enjoy good mobility as well. Rocketeer units fly over any terrain and attack from above. Transport helicopters and amphibious units can smash into enemy lines.

Each side also has a small selection of naval units and aircraft as is the norm, including cool Destroyers that can perform shore bombardments. But included are a special brand of tactical units and powers that are different for each side.Crazy Ivan is a demolition unit, planting satchel charges that explode after a certain number of seconds. You can place charges on units such as infantrymen, dogs, and even cows. Yuri units exert an area of mind control; enemy units within range fall under their spell. The Soviets protecting their home turf.

Allies have spies, which can cause all manor of havoc such as stealing money from refineries and resetting the black fog of war over the world. Chrono Legionnaires teleport around the battlefield, saving precious wear and tear on their legs. Mirage Tanks turn into trees when standing still, waiting to ambush. Americans can generate paratroopers on a regular basis, dropping them where desired. Germany can deploy their latest tank destroyers, and the British deploy snipers. Korea uses a more advanced version of the Harrier, and Russia features their aforementioned Tesla Tank. Cuba, Libya, and Iraq employ Terrorists, Demolition Trucks, and Desolators respectively.

A lot of concern was raised on whether Westwood can better the formula while still keeping that retro C&C feel intact, which is exactly what they’ve accomplished with RA2. Although central to success is the usual tank rush preceded by a speedy hoarding of resources and the churning out of units, the amount of new toys as well as two finely crafted campaigns ensure the fun lasts. 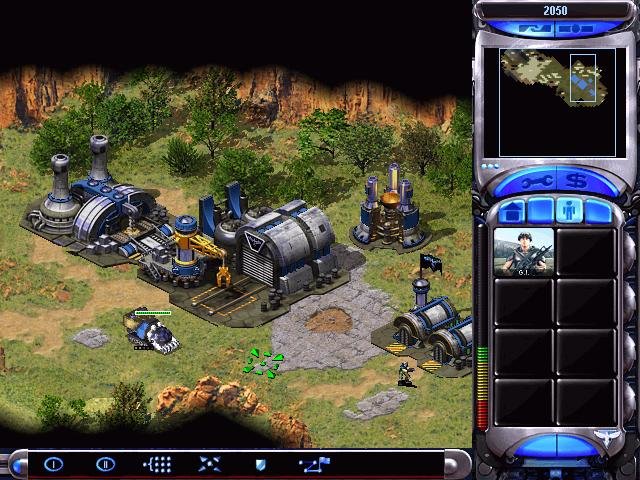 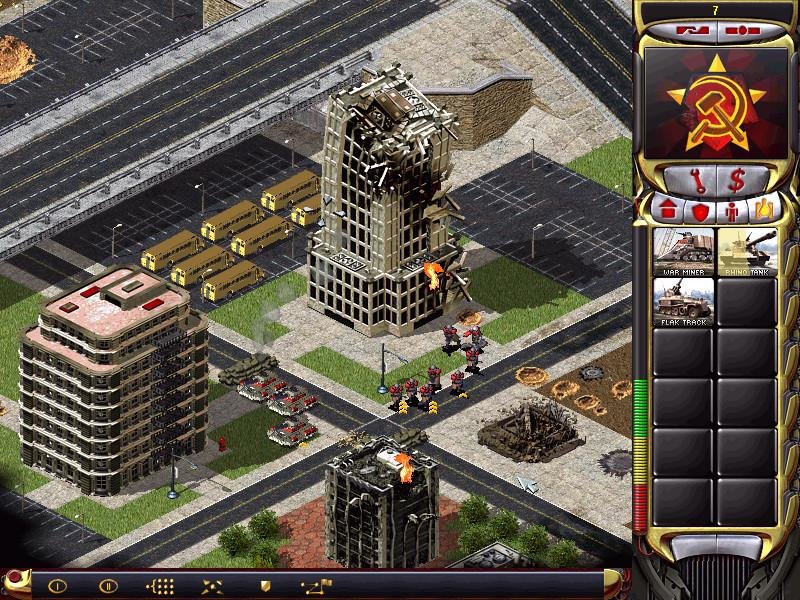