For a poor title, Blaze & Blade does provide a surprising amount of gameplay. You create a party of four characters out of eight available classes. Each time you continue, itâ€™s possible to change your partyâ€™s composition. Some classes can access special areas that contain a minor treasure or a shortcut, but there is one spot in that game that appears to require a rogue. Combat is repetitive, involving slaying thousands of foes. Monsters instantly spawn onscreen. There are no breaks from combat, as the constant spawning means that you are always avoiding or killing monsters. Also, combat is incredibly repetitive, consisting of moving between targets and attacking. Spellcasters can only have one spell selected, so their combat is equally simplistic. Thereâ€™s a “quick-casting” command that allows you to enter a code to cast a spell. In reality, this is not even remotely “quick.” High level spells will require combinations of more than ten keys.

Levels come easily, so you are always learning new spells, thus there is no reason to memorize the combinations. However, if you really want to learn quick-casting, there is one minor detourâ€“many of the combinations for spells are listed incorrectly. Using a gamepad helps immensely in Blaze & Blade, but you will still need to use the keyboard with many controllers.

There are two primary flaws with the game: repetition and inconvenience. Most of the game is spent in combat. Since the game is quite long, that means that many hours will be spent mindlessly hacking away at enemies. As for inconvenience, the entire game is designed to make you waste time. The interface is perhaps the worst one ever to grace a PC game. Navigating the menus is a pain, as the controls are awkward and the manual is worthless. Further complicating this matter is the â€˜auctionâ€™ system. You cannot give items to your party members. Instead, slain monsters drop coins that you must pick up. Whenever you find an item that someone else in the party needs, you must quit the game and run the auction.

Whichever character you are controlling will end up with over 900f the gold while the others are flat broke, thus selling items doesnâ€™t work. All looted items are unidentified, so you must return to town to see what youâ€™ve found. Unfortunately, leaving the dungeon resets everythingâ€”all the puzzles are back and your keys are gone. So, you canâ€™t leave the dungeon. This will often require you to play hours at once, visiting the same rooms several times. There are save spots, but there should be more for convenience, but instead here you have to go through long stretches or risk losing your progress. 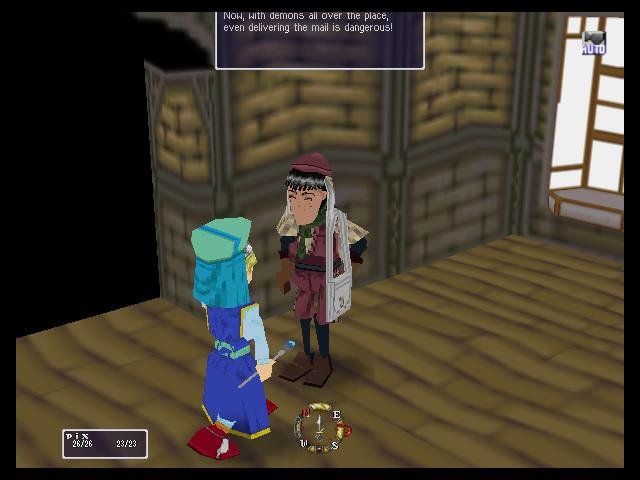