Sometimes, two great tastes do, in fact, taste great together. However, when you combine the hectic action of Diablo with the flavor of Fallout, you get Lionheart, which is quite possibly the most unpalatable role-playing game concocted in recent memory. Inexpertly tossed together, and summarily half-baked by Reflexive Entertainment, itâ€™s a mess of reflex-driven combat, muddled interface, clichÃ©d dungeon designs, and useless player decisions. One could include its lengthâ€”under 20 hoursâ€”as a fault, but itâ€™s almost a relief to see this mess pass through so quickly.

You begin the game in Barcelona, which is the sole major town. Itâ€™s also the only really non-linear part of the game, where you are free to join factions and pursue a variety of quests, and those first few hours seem like a solid experience. It isnâ€™t until you traipse into the first major dungeonâ€”a sewer, appropriately enoughâ€”when the game starts to reek, and how.

Itâ€™s a tragedy because the backstory and the writing are really quite clever. Itâ€™s a shame that such an attractive premiseâ€”youâ€™re the spiritual heir to Richard the Lionhearted, who, in this alternate timeline, cursed the world with magic during the Crusadesâ€”is so grossly neglected. There are a few amusing moments: William Shakespeare can woo female characters, and you can nab the unfortunate Cortes a steampunk robot arm, for example. Most of the time, though, youâ€™ll be slogging through hordes of pale, toothsome beasts, endlessly whacking the attack key and quaffing potions ad nauseum.

What makes Lionheart even more of an indigestible affair is the misappropriation of Falloutâ€™s SPECIAL system by a game whose absolutely terrible combat mechanics reward melee players while simultaneously making the lives of magic users a hell of constant flight. It could be argued that the persecution of mages is the theme of the game, but this goes just a little too far to be a fair design choice.

The life of a mage in Lionheart is one of endless reloads and watching mana regenerate. Itâ€™s about as fun as persecution can get, which is to say, not at all. Reflexive took some measures to address this by having mana spirits that give a small amount of recharge when you find them scattered across every map, but theyâ€™re useless in the face of swarming melee foes. Well, theyâ€™re useless until you reach the last boss of the game, where magic and diplomacy suddenly pay off in spades, and all those points invested in melee skills are a liability. Even as a Diablo-style beat-em-up, the game could have been entertaining, but the terribly cumbersome and useless interface precludes even that. Potions donâ€™t key up as conveniently as they do in Blizzardâ€™s game, and the melee skills are nowhere near as visually or tactically compelling as they should be for an action game. Itâ€™s marginally more fun in multiplayer, because you can have a tank or two cover for those poor mages and diplomats. In this way, the robustness of the oh so special system finally starts to unfold a bit more.

Lionheart, like Master of Orion 3, is a great example of what happens when a design team doesnâ€™t really know what they want. Itâ€™s obvious that the game was roughly flavored to appeal to both the hardcore Black Isle fanbase and the more action-driven Diablo crowd, but underneath that, it ainâ€™t pretty. Now, itâ€™s certainly not impossible to mix those two subgenres in an appealing fashion, as Divine Divinity proved, but as Emeril himself will tell you, if you donâ€™t know your ingredients, all youâ€™ll get is crap. 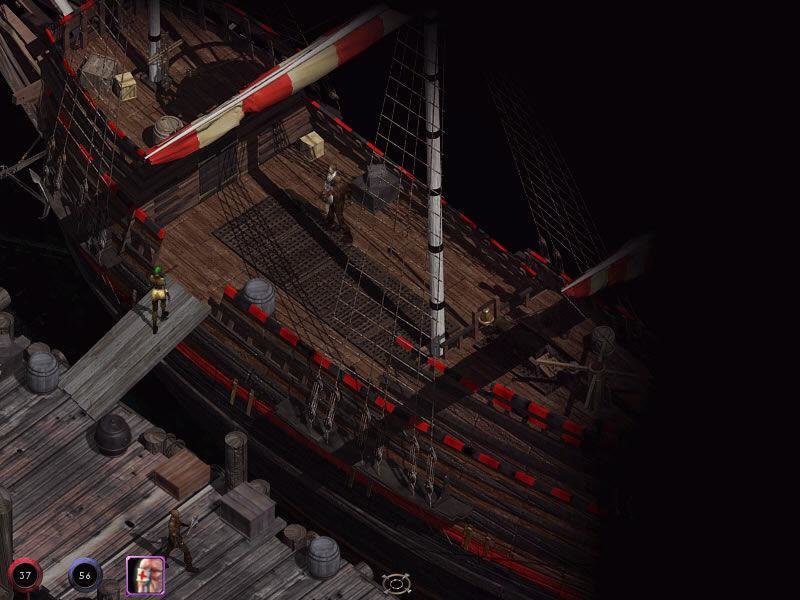