Etherlords II, a fantasy game that is an odd blend between Heroes of Might and Magic and Magic: The Gathering, is set in the World of Lords, where several distinct factions go to war with each other. Each side gets their own campaign – the orc-like Chaots, the nature-loving Vitals, the magically oriented Synthets and the sea-faring Kinets. There are stories for each campaign, but the presentation is spartan, told through unspectacular text dialogues.

The gameplay is a mix of strategy and role-playing. Stats such as experience points and level ups are kept by your hero after each victory, eventually allowing you to attain new skills. The strategy bit rests on your ability to stack a good combat deck when venturing around the map. Of important note is that the maps are more linear than in Heroes of Might and Magic. Whereas in Heroes you would roam around the huge maps for days until you reach your target, gathering resources and fighting monsters, here the levels are more linear.

The way combat works will be familiar enough to anyone with an interest in such games, although really any turn-based strategist should find the game appealing. There is a pre-combat phase and a combat phase, divided up into four â€˜turnsâ€™. In the pre-combat phase, you basically choose an active deck of 16 cards out of your collection. In the campaign mode, cards are picked up from defeated creatures, bought from shops, or given as rewards. You may also gain levels, pick up artifacts and learn new skills that give you an edge in combat. In the dueling modes, race, cards, artifacts, skills and even levels must be chosen within a fixed price limit.

Once you have selected a configuration to suit your intended style of play, the combat begins. In each round the duelists take turns to attack and defend. Cards are dealt randomly from your active deck, and each one costs Ether to cast. After every round, duelists gain an increasing amount of Ether, so that gradually more and more powerful cards come into play. This means that you can opt for a quick-and-dirty approach, or hold back while you prepare to drop a bomb on your opponent â€“ and hope that they donâ€™t wear you down first. Cards may represent creatures, enchantments that enhance or inhibit creatures, spells that deal damage, or spells that change to conditions of play. Duelists cannot physically attack each other, so any damage done is achieved by playing cards. The trick is to pick cards that work together â€“ some creatures gain strength as individuals if there is more than one of that type, for example. Most decks will contain at least one creature, but they donâ€™t need to. Although cards are dealt randomly from the deck, and there are other random influences, the strategy comes from knowing which cards to play and when.

The result is that no two duels are the same, and each duelist must develop strategy and counter-strategy (most duels are played best-of-three using the same configuration). It is this that makes Etherlords IIâ€™s duels both addictive and fun. With four singleplayer campaigns, quality multiplayer and a smashing new 3D engine, Etherlords II is a viable game for both turn-based strategy and Magic: The Gathering fans. 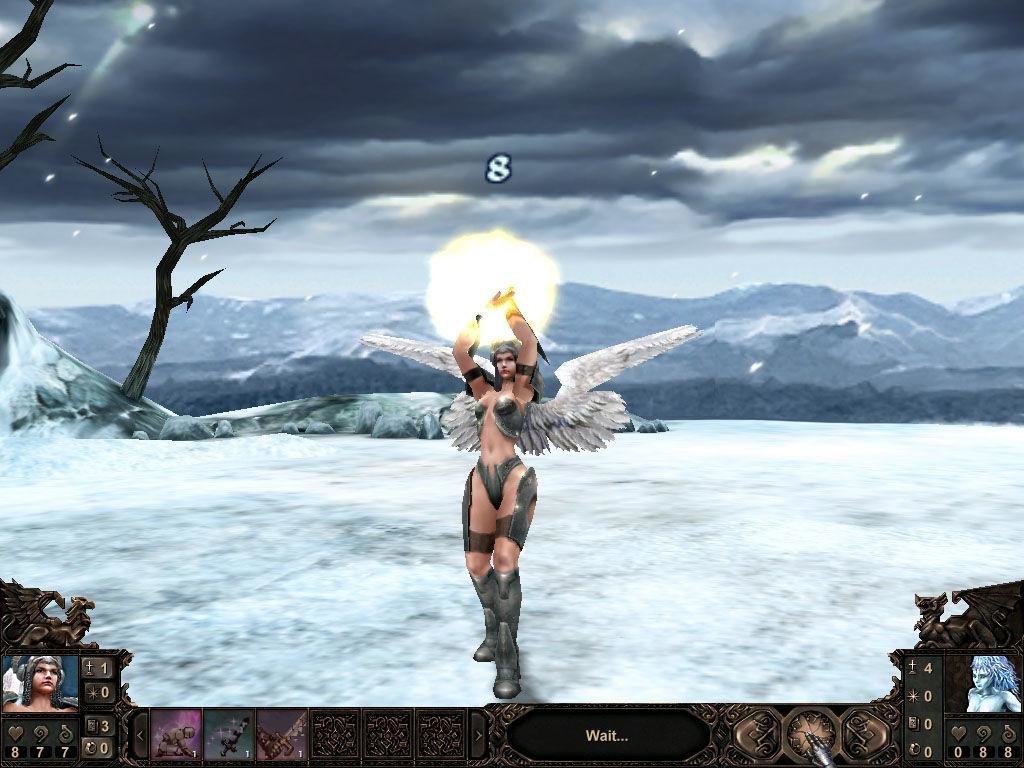