As with their superlative MechWarrior series, Battlezone lands and hits hard with some of the best gameplay Activision could muster. The story drops you into the late 1960’s, and it appears the space race was a cover-up all along. No, not the classic “NASA faked the whole thing” kind of cover-up, but rather the US masking its true intentions for going to the Moon in the first place – which was, obviously, to gather some high grade alien substance known as Bio-Metal. The Americans want it, the Soviets want it, and both sides are willing to kill each other on the planets and moons of our solar system to get it.

Battlezone puts you in the role of a commander of a mobile attack force for either the US or Soviets. From your vehicle you command construction units to find power sources and create new units, form squads of attack vehicles, place perimeter defenses with gun turrets and give orders to individual units from anywhere on the battlefield. You have the ability to confiscate other vehicles should yours get damaged or destroyed (including sniping the pilot of an enemy craft and stealing theirs). You can also move on foot, lay down new navigation points and lead your troops into battles, all the while still managing base operations and unit building. Unlike most real-time strategy games, the destruction of your invaluable Recycler unit (or indeed your own death) causes you to lose the game.

While Battlezone’s 30 or so missions are intense and incredibly difficult, the game is surprisingly easy to learn. The controls are intuitive and easy to manage, commands are a breeze to issue, and best of all, the game’s AI (for your own troops especially) is great compared to regular RTS games. When using a keyboard/mouse configuration (the usual Quake setup, actually), all ordering functions are easily accessible using the Tab and number keys. Units are divided into categories: attack, defense, Recycler (which is the heart of a base), utility and other building units). You can group units easily, send them off to nav points, or order them to protect another unit. There are two resources in the game: geysers, which the production units use for power, and bio-metal, which is gathered to make new units.

The game’s multiplayer aspects are equally as good and are bound to be the game’s biggest draw. Aside from standard deathmatching, the “strategy” game is one of the most interesting and entertaining multiplayer experiences available. As a whole, Battlezone is an odd mix of Total Annihilation and MechWarrior 2, and the combination of base building, troop deployment and first person shooting is thoroughly engaging. 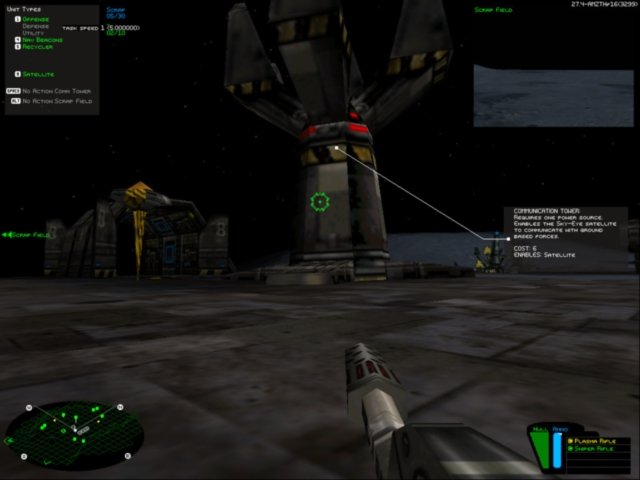 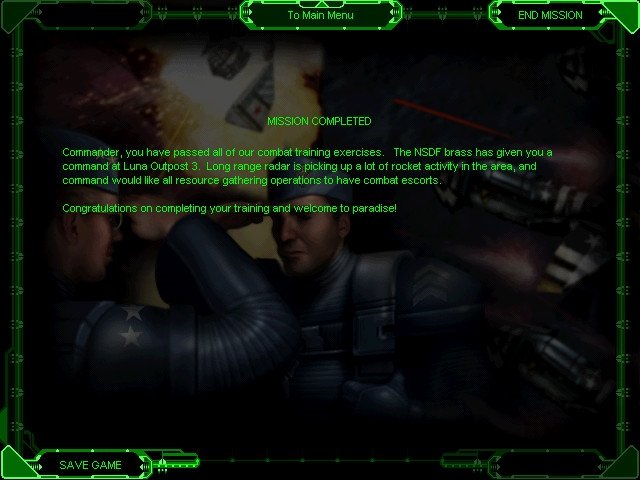 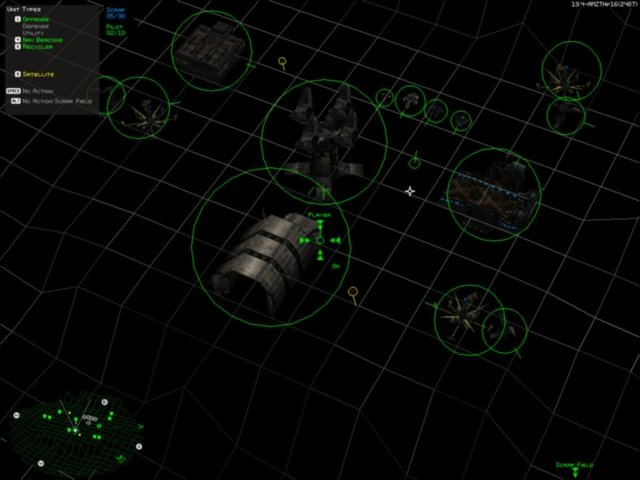