Rather than try to reinvent the wheel with its follow-up to the city-building classic Caesar III, Impressions Studios takes us farther back in time to the burning sands of the Nile River delta. Pharaoh is a more primitive, but also more grandiose, strategic experience. The result is, admittedly, much like Caesar III, but different enough to grab and hold your attention even if you’re already a master builder from the later time period.

Pharaoh is heavily steeped in Caesar’s legacy. The maps, graphics, layout, and basic strategy have been moved over intact from Caesar III. You zone housing, buildings, and roads and hope they attract immigrants, and then tweak them to maximize efficiency. You must control taxation, create neighborhoods and businesses and accomplish all this at a frantic real-time pace. From a lowly farming village….

Egypt is at the mercy of the Nile’s notoriously fickle flood/recede patterns. If the flooding doesn’t leave much fertile land in a given year, a food shortage is guaranteed. You cannot depend on crops the way you did in Rome, so you have to make sure you have enough money to buy food from other cities in the event of a shortage. Since the Egyptians never developed aqueduct systems, you must zone housing only on or near grasslands. It’s a challenge to make sure your neighborhoods have access to all the amenities they demand when housing space is so limited.

Pharaoh consists of several stand-alone scenarios and a massive campaign that, in an inspired gameplay choice, casts you as progenitor of your own dynasty. You aren’t a city governor going from region to region as with the Caesar series – you begin as the founder of a city, and then play as that founder’s descendants over the course of 2,000 years, eventually becoming Pharaoh and building monuments that will stand throughout history (until Lara Croft comes along to defile them, of course). The early stages of the campaign serve as a tutorial, gradually introducing you to the buildings, commands and various gameplay concepts. The only problem with this system is that old-school fans will try to skip ahead, creating cities with problems that cannot be solved as the right building or resource isn’t available yet. 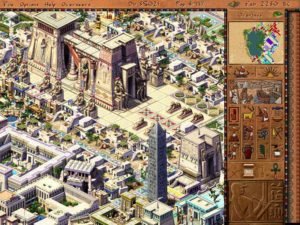 It’s the building of monuments that is the greatest addition and challenge in Pharaoh. A pyramid requires a tremendous outlay of resources. If you don’t plan things right, your construction project can shatter the city’s economy. But watching your pyramid actually being built is an awesome sight, and the finished monument is even more impressive. Interacting with the gods is another interesting aspect, since you must appease them with frequent festivals and numerous temples. Making a goddess like Osiris unhappy is a bad idea, as he controls the Nile.

Pharaoh is similar enough to Caesar III to make it familiar to old-school fans who want to replay that classic with a different spin, but will reward new players as well. 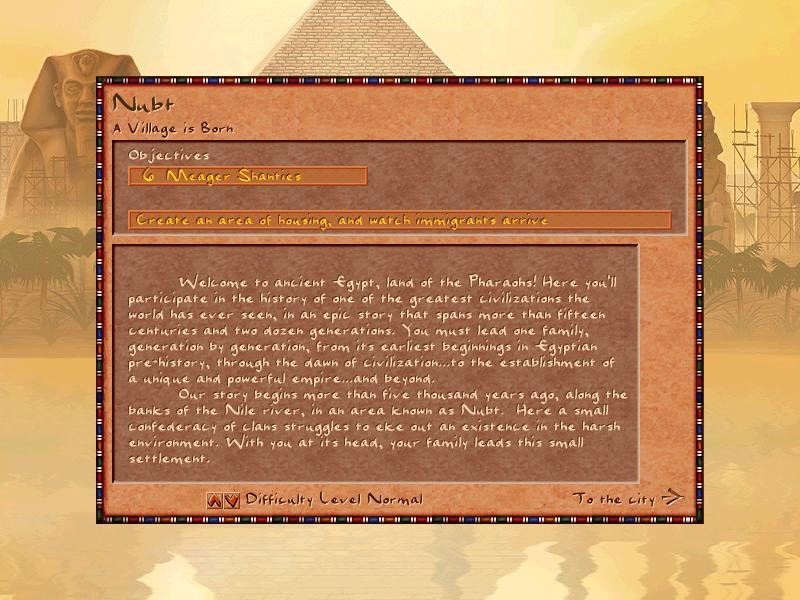 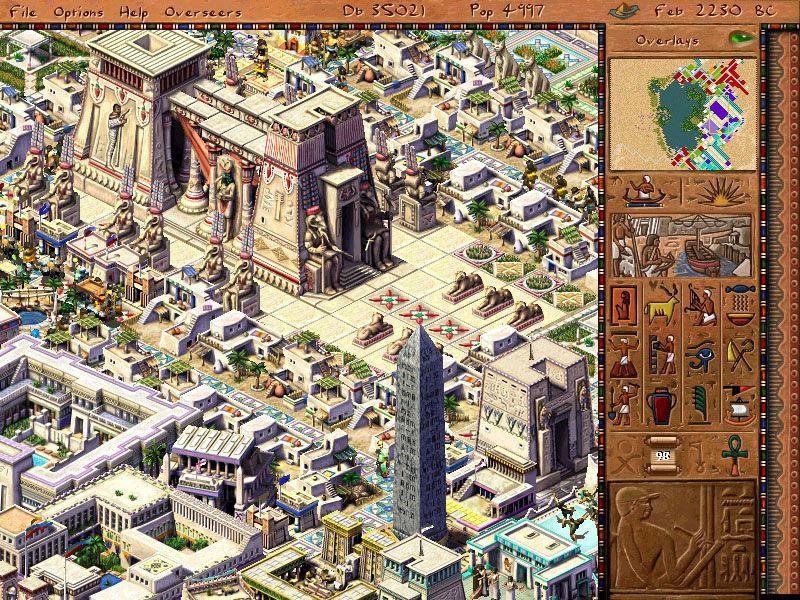 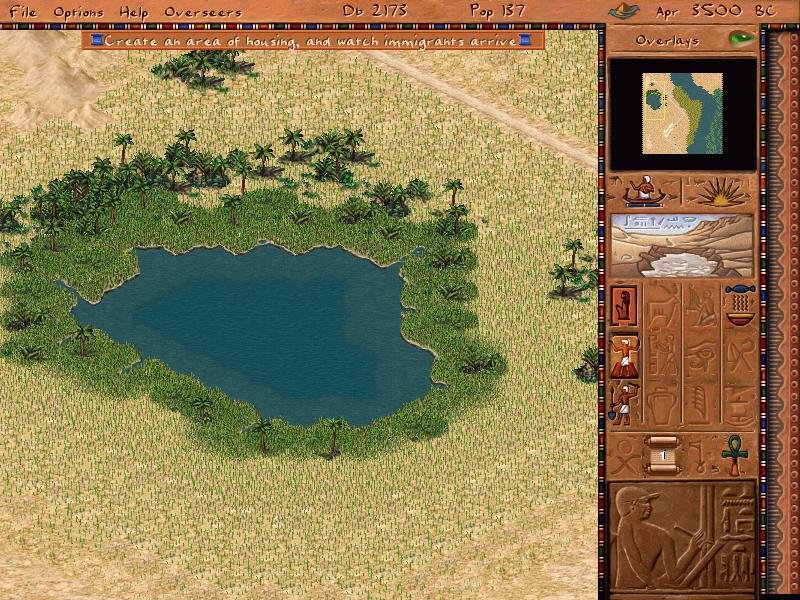 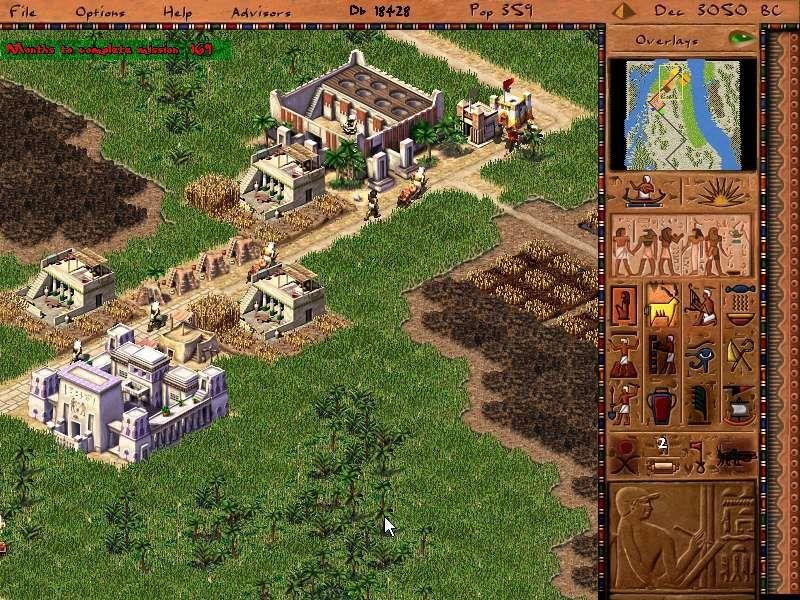 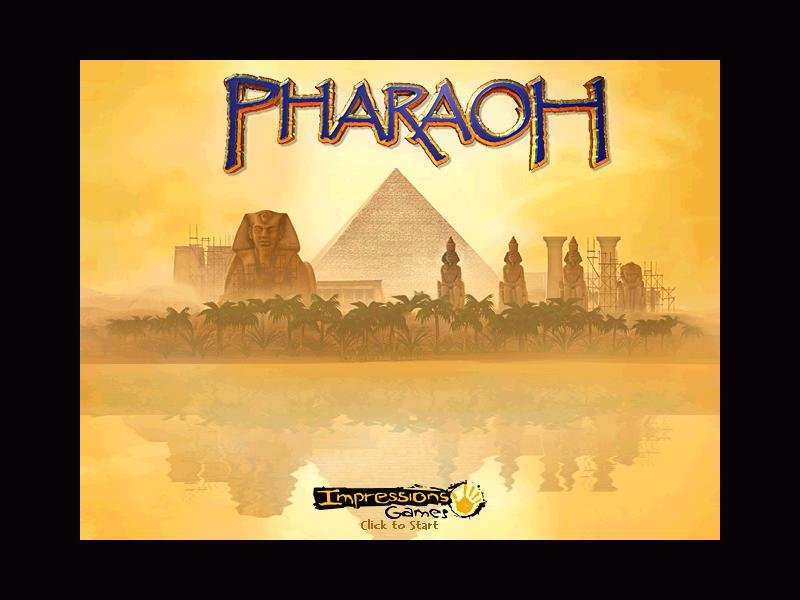