Building a city in the classical age isnâ€™t breaking new ground for simulations, and the gameâ€™s developers clearly have tried to avoid the missteps of previous titles. The result is that Rome can actually be built in a day, or at least a generic and typical Roman-styled city can. There is plenty of individuality in terms of locations and settings. But, beyond the different scenery, the ancient versions of Londonium and Colonge eventually become a bit cookie cutter, albeit with a Latin flare.

The problem is that building a city requires a fairly straightforward formula. The key to each city is housing, as is to be expected. But houses need food, so you need to build farms close to the houses, and butchers or bakeries close to the farms. Of course, you need to build altars to keep the people happy, prefects to keep your town from burning down, and so on. Markets, taverns, and warehouses can help move things around a bit. Eventually you can add a few temples and even a theater or coliseum to make the people still happier, but in the process each city basically becomes just like the last. Playing an ancient urban planner would be enjoyable if there were more ways to mix it up.

The military aspect of the game is almost nonexistent, while the economy is overly simplified. The interface is streamlined, and building your town is easy enough, but everything remains generic. Worst of all, there isnâ€™t enough to make it feel Roman. Instead of getting a full-blown Roman holiday, youâ€™re left feeling like youâ€™ve visited Little Italy. 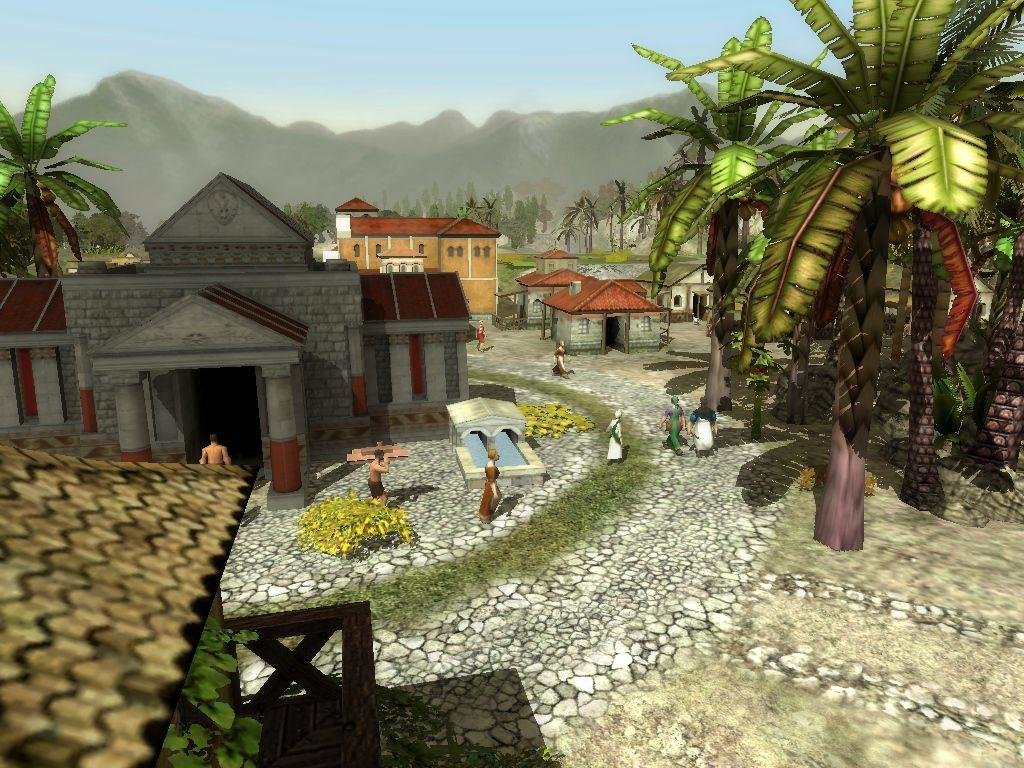