Those who have played Might and Magic games, or specifically M&M 7 onwards, will recognize Arcomage. A card game that you played along your journeys through Erathia, Arcomage is largely a Magic: The Gathering clone. For better or worse, 3DO decided the game was good enough to warrant its own retail box, and that’s pretty much what you get here. 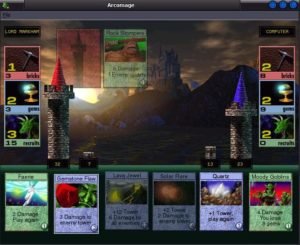 The scope of the game is to build up your tower, gather resources and/or destroy your opponent’s tower. Each turn players have their own generator values that create resources. These resources (bricks, magic and creatures) are spent according to which card you select, and herein lies the strategy of the game (though pure luck is also important). Each player will have a protective wall, and the other player will try to bring it down. Some cards allow you to attack your opponents tower directly, or even his resource pools, while others may build up your own tower.

Unlike in Might and Magic, this version of Arcomage allows resource generators to be knocked down to zero, features multiplayer (including LAN) and allegedly has more advanced AI. Players who’ve never played Arcomage or Magic: The Gathering might be tempted to pass on this one, but the game mechanics are actually easy to learn and quite fun once you start thinking strategically with your deck. And with the ability to play against real players, Arcomage becomes all the more tempting. 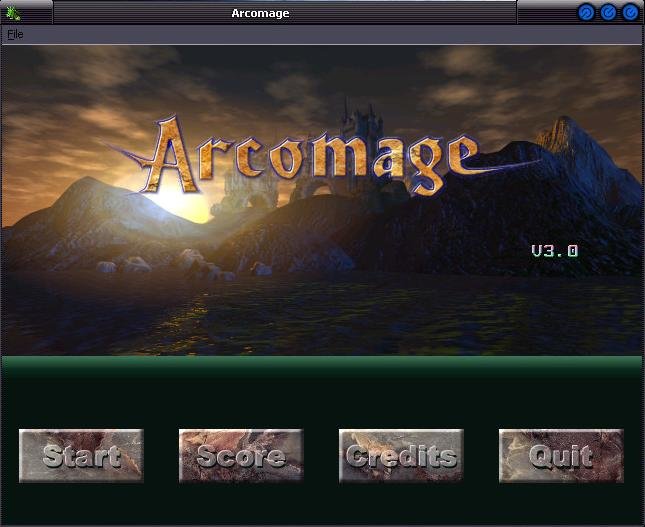 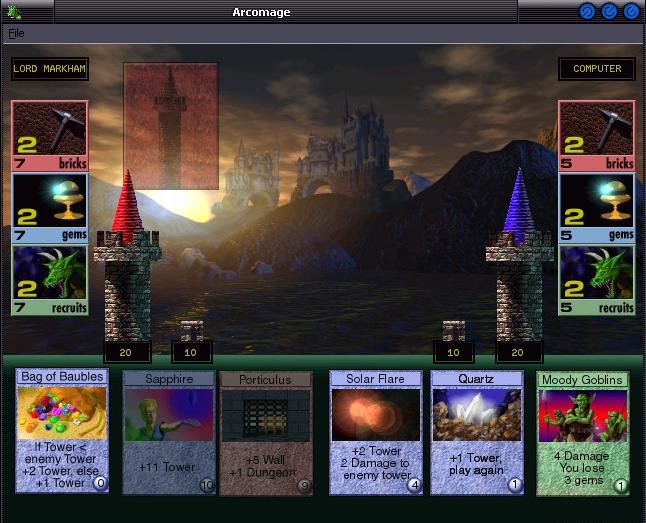 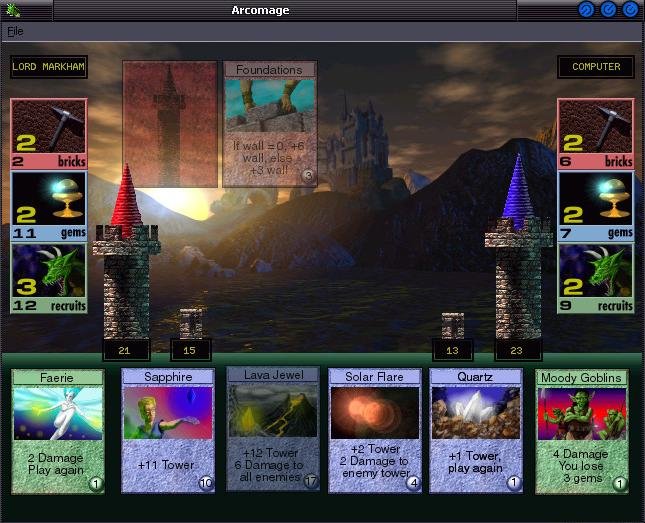 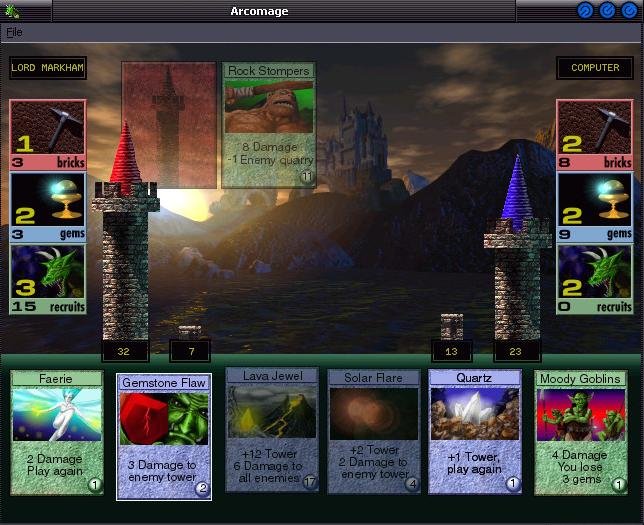 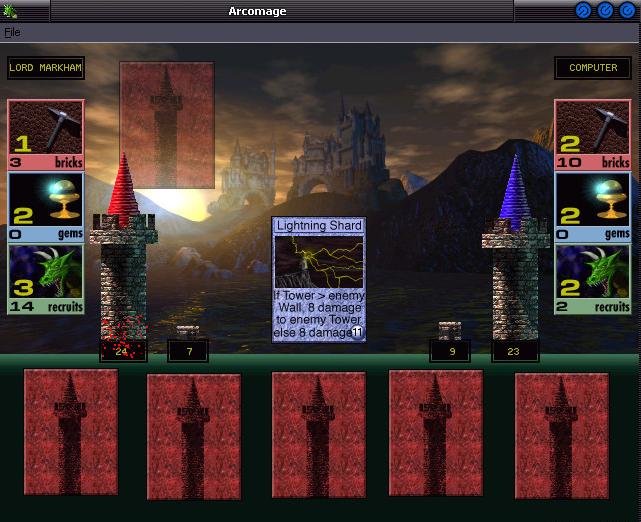