Magic, MicroProse has done a stellar job adapting the incredibly popular card game to your PC. Covering every facet of the original card game in painstaking detail, while adding a complete adventure game portion to challenge even veteran players, Magic: The Gathering is a great addition to fans of the real-life version.

Created in the mid-90s from Wizards of the Coast, Magic cards sell into the billions. Through a series of chapters, first time players learn the steps of dueling from two wizards. Every possible provision for playing the game is thoroughly researched and accurately represented in this computerized version. Players can create decks from many of the cards up through the 4th Edition sets as well. Building decks from scratch may sound like the elusive hobby, but in reality itâ€™s a prelude to the very heart of the entire game: The Duel. Skeptics who refused to believe that MicroProse could successfully create the dueling environment will be dismayed to find their concerns unfounded. The actual dueling screen looks marvelous, with a clear bias for the organization freak. Every included card is stunningly rendered from the original artwork. Different areas such as your graveyard, life points, and current hand are logically positioned so that essential information for dueling always remains visible.

At the same time, plenty of real estate exists on-screen for arranging the cards in play however you wish. Included shortcuts like double-clicking a card to automatically tap the necessary mana; right-clicking to get a complete description of anything in the game; and the ability to by-pass currently dormant phases of your turn all replace the drudgery of repetitive game mechanics with a streamlined gaming affair. Shandalar, the adventure portion of Magic, removes any notion that this game is just a simple port of the original. Starting with an almost random set of cards, players travel across the world of Shandalar via a top-down view. Along the way, youâ€™ll trade in less useful cards for better ones, duel creatures, and complete quests. With a comprehensive campaign mode for long-term play, but also a nice selection of options for quick fix matches, the computer version of Magic is a very good addition for people who enjoy the card game, but will also suit those who have never tried it but always wanted to. 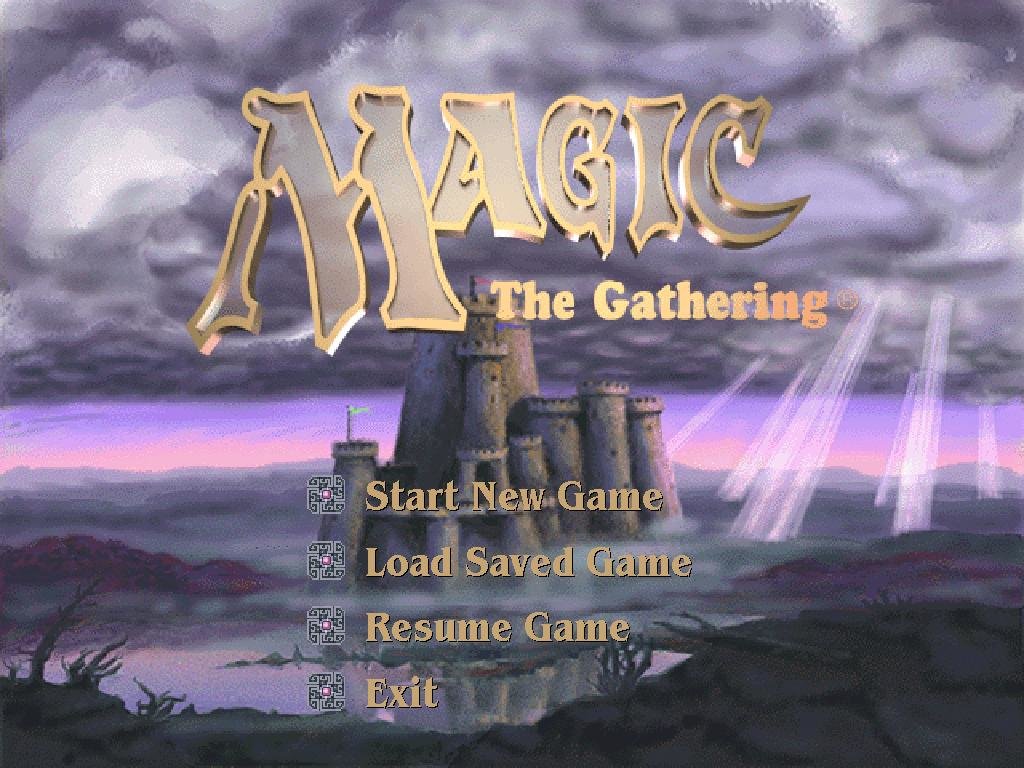