The Dig was arguably LucasArts’ first attempt at a serious story. In movie terms, most of their games have been action adventures or comedies. The Dig would be drama. You are Commander Boston Low, in charge of a mission to detonate nuclear charges on the surface of an asteroid on a collision course with Earth. This should knock the asteroid off its collision course and safely into orbit. All goes according to plan until you and your crew discover the asteroid is not what it seems.

The gameplay should feel very familiar to those who have played similar titles like Sam & Max or Full Throttle, with the only general exception being that Dig tries for a dramatic rather than humorous presentation. Serious themes are at play, lives are at stake and nobody feels like cracking jokes. True to other LucasArts games, the puzzles are superbly implemented and require intuition to solve.

Graphically the game is equally similar to Full Throttle, Indiana Jones or Sam & Max. This time they’re a bit less effective because of the blocky VGA characters’ inability to convey emotions without artificial close-ups. For a game intent on dramatic expression, neither the character animations nor the voice acting are all that great. The rendered animations from Industrial Light and Magic, highly touted as the first time a movie SPFX company has worked on a computer game, do very little for me. They mostly tend to serve to bridge scenes; as such, they’re eye candy. They’d probably look really good on film, but as 256-color VGA animation, they’re very grainy. It also introduces yet another completely different graphic style within the game. But where the character graphics verge on the low-tech side, the environments, fantastic music and general feel of the alien world around you more than make up for it. I can see what the designers were trying to do, and I have to applaud their efforts, but I can’t really say that they accomplished what they planned. The Dig could have been the first game to ever deal with real human issues, and touch people the way a good movie can. I’m disappointed it wasn’t, but I’m glad they tried. 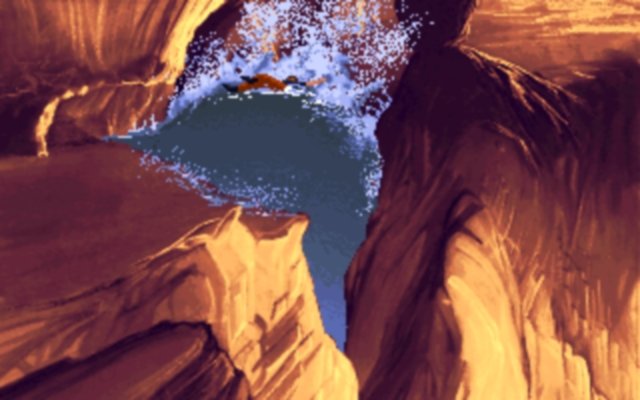 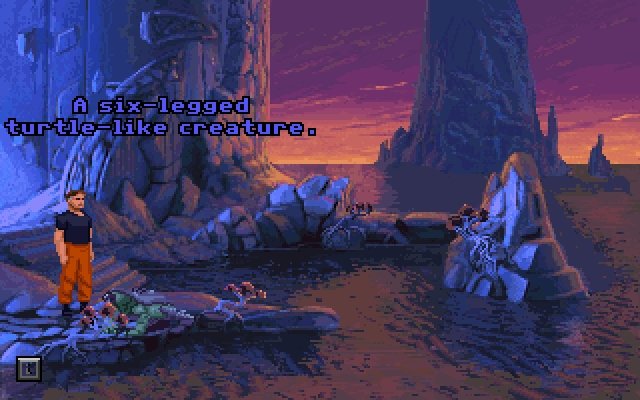