CyberGladiators is a damned-near-perfect recreation of the fast action youâ€™ll find in the arcades, with flashy characters, wild special effects, and bone-crunching blows, enhanced by a multitude of features that leave most arcade-to-PC translations in the dust. Not the least of these are the motion-captured moves, full 3D characters, 3D hardware support, and — most importantly — good controls. All of these elements begin to work their collective magic as soon you take the center stage.

You make your character selection from an odd collection of suspiciously angular characters that, on their own, arenâ€™t anything to shout about. But almost from the first tentative moves, these fighters come alive with convincing results. Using motion-captured animations, these characters execute the kind of fluid, natural movements youâ€™ll see in the finer kung fu flicks — and the gameâ€™s intuitive controls let you exploit this natural feeling to the fullest. Instead of the usual arcane combinations — up, down, right, left, kick, punch + jump — required to execute anything other than a basic move, CyberGladiators allows elaborate moves to be performed with a minimum of fuss.

The result is that the gameâ€™s emphasis is on action, not on the button-mashing gymnastics youâ€™ll find in so many fighting games. And fortunately, the characters, moves, and artificial intelligence of the computer opponents are all well balanced, with none of the glaring combination advantages youâ€™ll find in, say, FX Fighter. You wonâ€™t be able to win a bout by simply repeating the same foolproof move over and over. 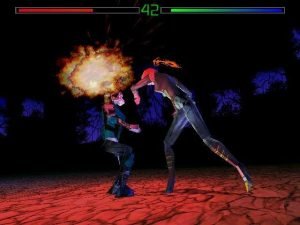 Still, even though the motion-captured action is crisp and believable, and the optional Rendition-accelerated 3D effects are incredible, CyberGladiators doesnâ€™t exactly push the fighting envelope as far as it might have. The character back-stories and rivalries you find in most arcade fighters get short shrift in CyberGladiators, and there are fewer characters to choose from. Also, a few concessions to the PCâ€™s advantages over videogame consoles — such as the ability to save games, and modem or network support for multiple players — wouldâ€™ve made the tournament mode a bit more enjoyable.

In the end, though, CyberGladiators is a surprising first effort from an unlikely source, and itâ€™s well worth a look if youâ€™re the least bit interested in fighting games. Itâ€™s not the earth-shattering game that can finally show the consoles whoâ€™s boss, but itâ€™s more than enough to give them a bloody nose until that day arrives. 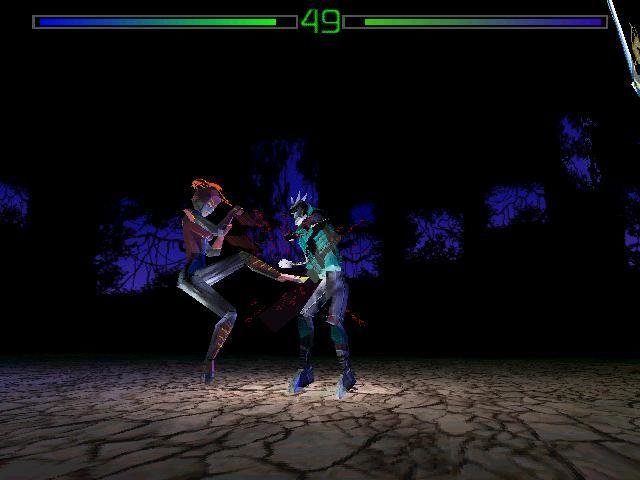 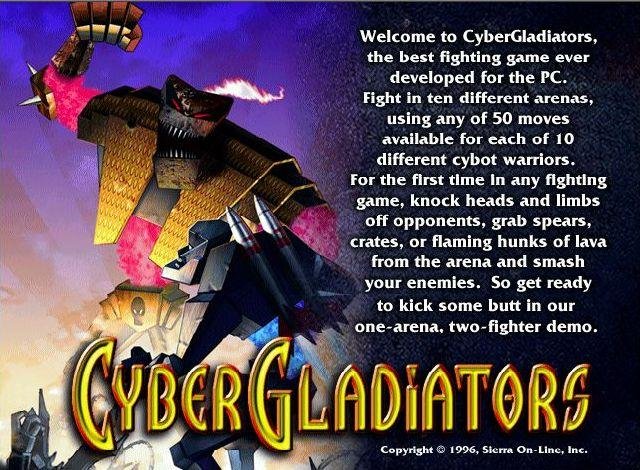