True to its name and broken beyond all hope.

The Broken Land is part Diablo clone part train wreck as it brainlessly tries to mimics said ARPG while botching just about everything as it goes. It’s a given that you can’t expect much from a discount game – the fact that it couldn’t even afford to print a manual makes that clear – but it’s so unbelievably bad that it’s hardly worth the print on the box cover. 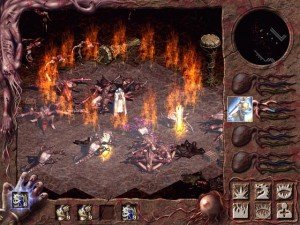 Hey, check out the hideous interface!

To start, I’ll just list some of its most pressing issues and work my way down to its more hidden layers of awfulness. The Broken Land involves going through large if not entirely open-ended levels in a heroic bid to save its dry, lifeless fantasy-inspired otherworld from utter gloom and doom. There’s some thin thread of a plot, but really – who cares? There’s zero interactivity with other NPC’s aside from the few vagrant merchants that sell you a very limited stock of goods, plus several hero-type characters that you’ll encounter along your journey. You have a choice of four playable characters at first, but try to contain your excitement as role-playing is hopelessly shallow here.

There’s no character building or any real RPG mechanics – just a line of stats that steadily rise as you level up. So what about the four playable characters themselves? Are there any notable differences between them? Do they fare any better? Besides having a single attack mode and a host of six magical spells that get unlocked extremely slowly, every character is pretty much equal in offering the same soul-crushing gameplay.

In essence, it’s difficult to even call it gameplay. You go around killing things, or rather things go around killing you, as every square inch of every level is populated by swarms of monsters. What’s more, they’re so evenly distributed that making any sort of progress through the sea of monsters is impossible without getting jumped by thirty of them at any given time. It’s painfully repetitive, requiring a constant stream of clicks and little else. That’s essentially all you do in this game – click, click, click.

Characters are limited to using two types of items – weapons and suits of armor. And if you thought that was restrictive, know that each character is limited to using only one type of weapon. So a Knight can only use a sword while an archer can’t handle anything other than a bow. Armor is essentially the same, so the only thread of item variety is offered by the weapons, except there’s barely any variety to speak of. The few weapons that you can equip via your inventory screen will only impact your damage output and attack speed – no magical bonuses, no unique attributes, no nothing. The game’s items are preset (as opposed to being randomized), and are indeed so sparse that you can find everything neatly listed in the 20 page PDF manual (listed on three or so pages at the very end).

Add to the above a poor interface, frequent crashes, terrible sounds and other assorted bugs and you’ve got a nice heap of something destined to end up in a chemical basket. I can’t tell whether The Broken Land is this broken by design, accident or limited programming skills (no offense, but it does crash quite often). Or maybe it’s likely a combination of all three, fueled by a single-minded aim to cash in on Diablo’s success with as little effort as possible. Hell, even its video encoding sucks! Once installed, you’ll find the 3 minute introductory clip takes up a whopping 150 MB in size, all while looking absolutely terrible and low res.

The original Diablo can bury this soulless ripoff in a heartbeat. Don’t even bother. 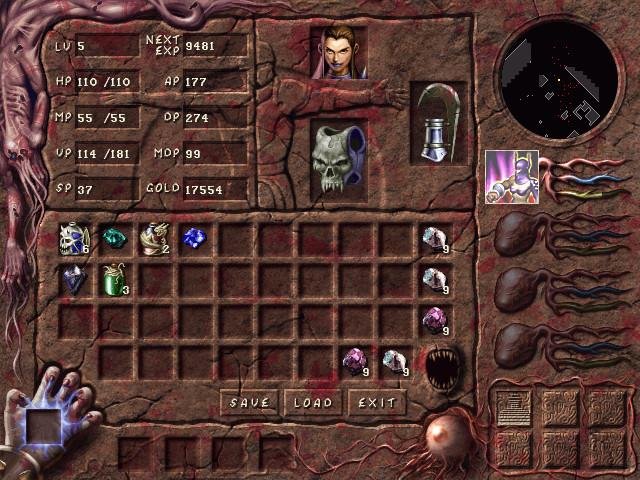 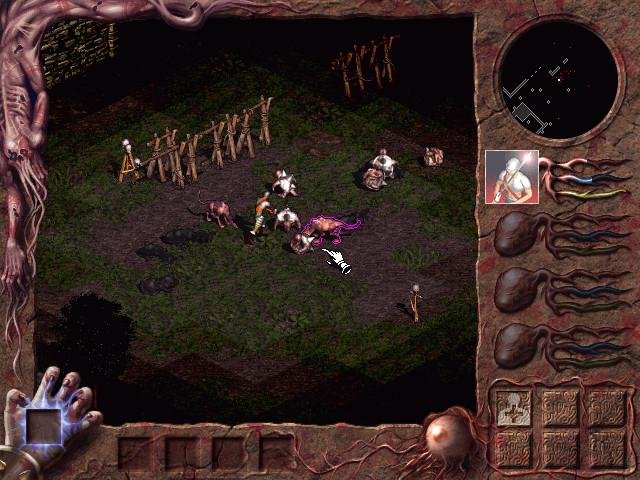