BenoÃ¯t Sokal, the graphic novelist who gave us Amerzone back in 1999, had some great ideas when he was designing the very eccentric and charming Syberia. The start of the game will have you witness a funeral procession made up of wind-up toys outside the small rain-swept French village of ValadilÃ¨ne, immediately sparking your curiosity. The game takes hold from there and almost never lets go. Terrific visual design, great music, great characters and a complex storyline make for a terrific adventure. Returning to our funeral procession, it turns out the person who died is Anna Voralberg, the proprietor of an unusual toy factory specializing in mechanical automatons. You play the role of Kate Walker, a young American lawyer who arrives on the scene from New York to conduct the sale of that toy company to a major multinational corporation. It’s business as usual until Kate discovers there’s an heir to the establishment who’s very much alive, and she needs his signature to finalize the deal, though where he is exactly is anyone’s guess.

Kate’s journey to find the missing heir will take her through many strange destinations. Beginning in France and then moving on to Germany and Russia, the physical and cultural landscapes change realistically as you progress. More specifically, the search for Hans Voralberg (the sole heir mentioned earlier) will take you from his hometown of ValadilÃ¨ne to the university town of Barrockstadt, then to the industrial city of Komkolzgrad, and finally to a relaxing spa in Aralbad.

Each of the settings is crumbling and in a state of total disrepair, reflecting a common theme of the game, namely that of loss. The game opens with a funeral procession and a town in mourning. The once bustling toy factory that Kate is meant to buy is empty and lifeless. Each magnificent destination she ultimately visits is but a pale shadow of their former glory. We may wonder if this also serves as a comment on the lowly state of adventure gaming at the time (probably not, but we can still wonder). The puzzles in this game are fun. You have to pay close attention to conversations you hear and objects you see, which often are needed in settings far from where you find them. Backtracking is unavoidable, but most of the puzzles are logical in their own right and come into place once you explore everything and give things some thought. All of the challenges here fit directly into the plot, rather than being artificially grafted or contrived. Such seamless integration between puzzles and story is a big deal given the commonality of which some adventures throw in abstract key or switch hunts just for their own sake.

Microids and chief designer Benoit Sokal has upped the ante with Syberia, offering a visually rewarding experience, terrific audio and, what’s most important in an adventure, a memorable story. Like Sokal’s previous game, Amerzone, Syberia is a slow-paced adventure that will have you explore the game world at your leisure, talking to characters and learning their plight, all in a remarkably wondrous setting. 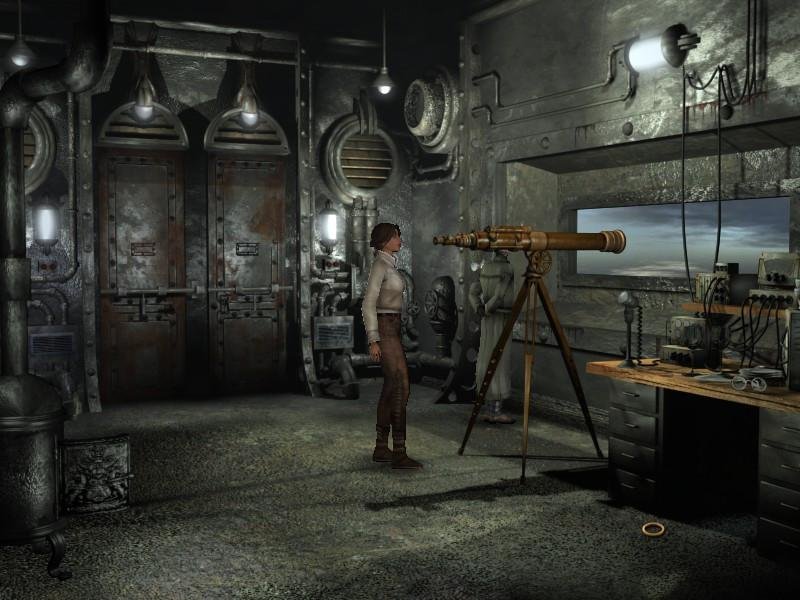