In Broken Sword 2, you join American tourist George Stobbart and French photojournalist Nico Collard on another globe-trotting adventure. This time, Nico receives a mysterious stone and contacts George to join her for a meeting with an archeologist who might be able to reveal its secrets. However, just as this curious mystery is about to be solved, Nico is shot with a poisoned dart and kidnapped, while George is knocked unconscious and left in the archeologistâ€™s room. You gain control of George as he awakens in a room with a giant spider and a fire burning merrily in front of the only exit.

Apparently, these stones are more valuable than anyone couldâ€™ve imagined, and as you progress, youâ€™ll uncover a deadly drug ring, travel to South American jungles, and learn of a powerful evil spirit thatâ€™s about to be unleashed on the world. The story evolves with dramatic flare, but despite some clever twists, itâ€™s not quite as gripping as the Knights Templar theme of Circle of Blood.

Though the game has the same rich look as Circle of Blood, the first Broken Sword game (known as Shadow of the Templars in Europe), there are a few upgrades that give the sequel extra graphical value. There are now shadows on the characters, lapping water, moving backgrounds, and an extra layer of parallax scrolling. The gameplay has also been beefed up to provide many more complex puzzles. Many of these puzzles make sense in the game world, but, of course, itâ€™s still pretty subjective. You may not think it obvious to stick a stone in a box of doggie biscuits to gain access to a South American shaman. One of the nice new additions over Circle of Blood are those times when you can play as Nico, which gives you a whole new perspective, as you hear her descriptions of the world as she travels through it. This is probably the best improvement to this proven graphic adventure formula. The characters you play are believable, and have true personalities. You can really get a feel for Georgeâ€™s humor or Nicoâ€™s wisecracks as you play their characters and hear how they describe objects and people. Most of the voice acting is good, if unexceptional.

In the end, Broken Sword is really just more of the same traditional puzzling and adventuring found in Circle of Blood, but thatâ€™s hardly an insult. It contains some fun, if not great, puzzles, and has a whole lot more gameplay than the first title. Even though it may not be a technological tour de force, or an entirely different take on the genre, Broken Sword has got it where it counts. 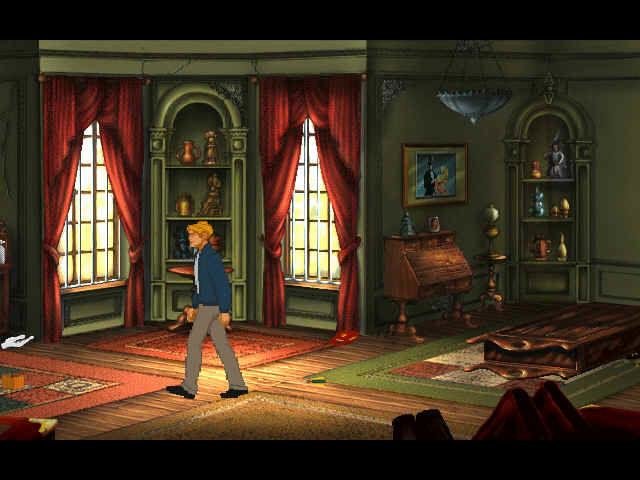