Stronghold is almost more fun to watch than it is to play. This game lets you be the architect of your own castle, as well as design the infrastructure required to support its day-to-day operation. You start by building a basic village, then put your villagers to work by placing down buildings. Suddenly you have a little medieval ant farm bristling with woodcutters and stonemasons and dairy farmers and innkeepers serving fresh ale.

Not only does the game play good, it also looks good. Farmers harvest wheat and bring them in stacks to your stockpile, where you can see it sitting in neat bundles (it’s right there, next to that pile of quarried stone). You can click on the stockpile to get a numerical list of quantities for all the resources you have, but you’ll likely never need to.

When there’s work to be done, you can see your subjects carefully toil away. If the windmill is operational, you get a cutaway view so that you can see the action inside. Then it’s back to the stockpile to view the resources as bags of flour, then off to the bakery for more cutaway voyeurism as your bakers make bread. Meanwhile, brewers are making beer for the rowdy crowd at the inn, and a blacksmith is making swords.

For King and Castle! Defensive missions are very common, but they also highlight the finer points of gameplay.

The blunt of Stronghold’s singleplayer offering is carved up of an expansive military campaign and a less interesting economy-centered campaign, plus an assorted collection of ready-made siege maps, a la ‘Storm the Castle’ gameplay. The story-driven military campaign is by far the most vigorous, comprised of twenty-one missions depicting an almost satirical medieval England. The King has been captured while away on battle, giving just the right opportunity for a mob of cunning Nobles to seize the Kingdom for their own. You play the role of an inexperienced commander out to retake the lands from the usurpers, one county at a time. It’s an interesting concept, and the campaign flows quite naturally.

You may know the designers at FireFly for their work on the Impressions city building games (eg: Caesar III). But where those games were mostly economic sims with some combat tossed in for flavor, Stronghold is mostly a combat game with a tossed in economy. The meat of the game is less about what you build and more about where you build it, and how you put your walls around it. Siege work is all about thinking ahead, and if you plan well you can avoid a lot of frantic clicking. If you place those ten archers right atop that gatehouse, they’ll open fire on any enemy units that come within range. Spearman can be placed to defend walls, and they’ll automatically push away scaling ladders and engage any enemies that make it through. You spend most of your time tweaking; tell an archer to light an arrow and ignite that pitch pit, order that engineer to dump his pot of boiling oil over the wall, send a group of macemen through the gates for a decisive counter-attack.

Even with this vast array of options, however, you’ll eventually start to realize that the game offers plenty of visual whimsy, but not a lot of depth. Once you learn the basic strategies, they work in almost every mission. The quickest route to filling your coffers will be to tax your subjects whilst keeping them well fed, thereby balancing out any popularity penalty inflicted on by taxation. You can go even further in keeping people content with having a good supply of ale for the drunks to enjoy and churches for the meek and mild to pray in. Light patches of tar on fire and witness the gruesome spectacle in its wake.

There’s some point where the game’s assorted idiosyncrasies start to wear thin and you curse when a line of enemy troops makes a beeline for an invisible gap between your walls, or when you have to wait for a roaming peasant to move away so you can build that majestic stone tower, or when you realize you can’t bulldoze old structures. The castle-building aspect, while entertaining as a whole, is imperfect when you have to build castle walls in tight quarters, as in between cliffs or any other location your mouse pointer can’t point to. Even so, Stronghold’s solo campaigns will keep you entertained for a few days, and multiplayer is equally great. It’s safe to say there’s something for everyone here. 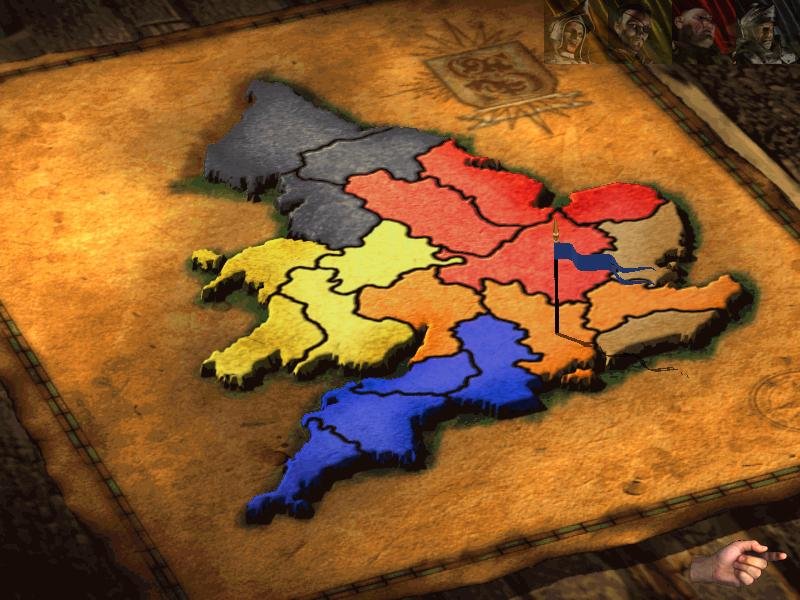