Wouldnâ€™t it be cool to have a fantasy kingdom simulator with characters who went about their business without you having to micromanage them? They would fight monsters, buy potions, equip better weapons and armor, and learn spells on their own. Like a role-playing game, they would have names, classes, stats, experience, and inventories. You would hover overhead, watching from an Olympian perch, as they went about the heroic business of slaying and being slain. You would build a city for them, and they would run it.

The good news is that there is such a game. Itâ€™s called Majesty and it came out in the year 2000. But the bad news is that this is a review of a budgetware version of Majesty called Medieval Conquest. It has a bad interface that sprays a hundred windows in your face, replete with with buttons and tabs and shreds of information. The artwork is on the verge of having an embolism for trying so hard to be cute with its bobble-head proportioned characters, but simply ends up looking creepy.

The gameplay consists of three things: 1) dropping buildings that look like each other and then clicking on all of them to try to find out which one upgrades your wizardsâ€™ spells and which one upgrades your rangersâ€™ armor, 2) telling your little guys where to stand and blithely ignore any combat that isnâ€™t within armâ€™s reach, and 3) laying a wiggling road to an outpost a few screens away so you can start the whole thing over again.

This happens in several stages on each of the gameâ€™s four maps as you work your way from one side to the other in the pursuit of squeezing any fun juice from this dried-up orange. By this time you could be downloading and playing Majesty already. 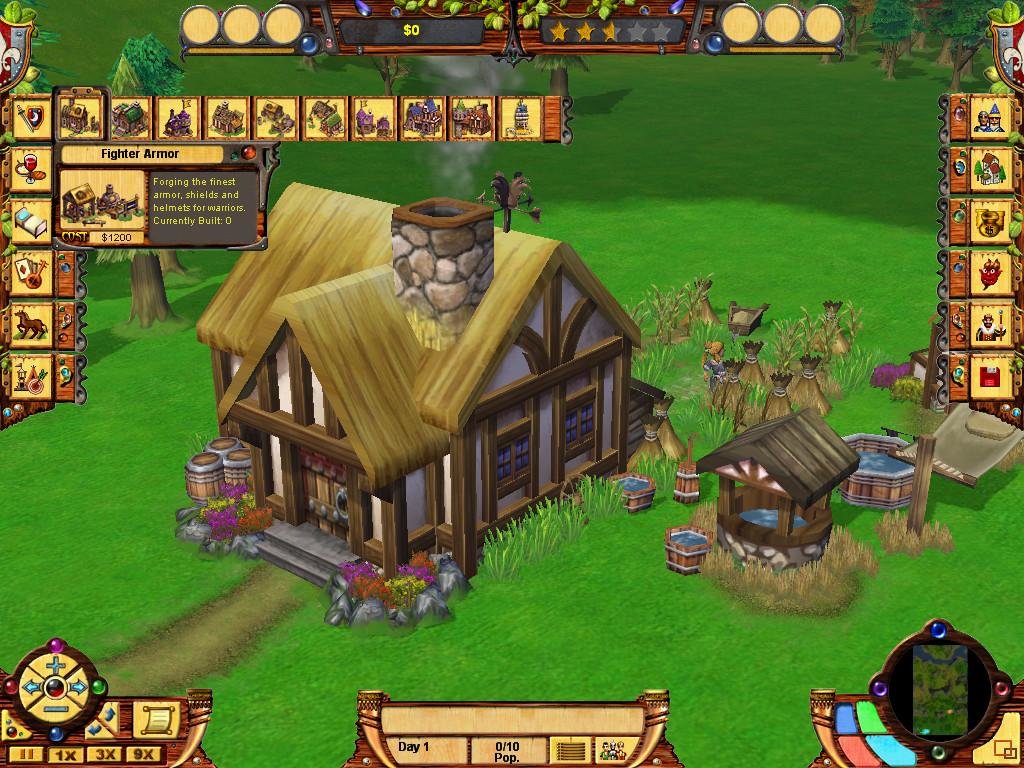 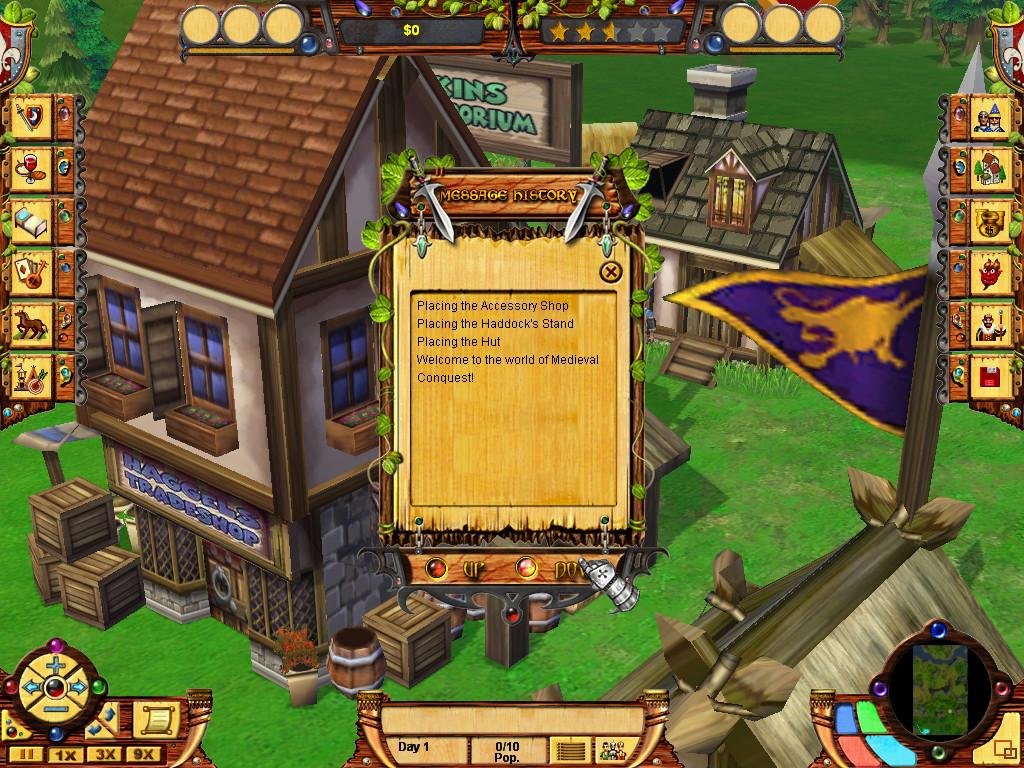