Creating a hit first-person shooter might be one of the most daunting jobs in game development. Comparisons to all-time greats like Quake, Jedi Knight, and other classics are inevitable, and fans carry certain expectations with them into every new game. But for Starsiege: Tribes, Dynamix didnâ€™t just develop a first-person game that succeeds on just about every level; it came up with a genre-buster that sets new standards in almost every category of gameplay. Itâ€™s part Quake, itâ€™s part the multi-player version of Terra Nova we never got — and itâ€™s all fun.

Set in the game universe created by Dynamix for its StarSiege series, the furious battles of Tribes take place more than 1,000 years after the events of EarthSiege and EarthSiege II. After discovering faster-than-light travel, mankind pursued the Cybrids (the bad guys in the EarthSiege games) through several star systems. Along the way, they discovered jumpgates — wormhole-like conduits that made interstellar travel possible over immense distances. Humanity used these gates to disperse throughout the galaxy, and over the years the settlers began to splinter into groups they dubbed — you guessed it — tribes.

Although each tribe is supposed to have its own beliefs and characteristics, the fact that Tribes is a multi-player-only game pretty much tosses that little convention out the window. Still, the extensive back-story lends itself nicely to immersion in the game world — and Dynamix must have realized how important the role-playing element could be: nearly two dozen colorful manual pages are given over to describing the specifics of the Starsiege universe. Battles in Tribes can rage both indoors and out, but most of the action takes place across large landscapes: snow-covered hills, rolling plains, dusty deserts. But except in deathmatch games — the least interesting of all the mission types, because thereâ€™s no emphasis on teamwork — thereâ€™ll come a time when you must either enter an enemy installation or drive back an attack on your own base. Here, Tribes flexes its technological muscles with utterly seamless transitions between indoor and outdoor environments — thereâ€™s absolutely no pause as you move between the two, and the result is an utterly believable game world.

The beautiful terrain graphics go a long way toward immersing you in the game, too. Except for some rather drab trees (which Iâ€™ve seen on only one map), the you-are-there sense of realism created by the environmental graphics is breathtaking. Add some very lifelike character animations and youâ€™ve got the foundation for some truly absorbing action.

Besides deathmatch and a series of single-player training tutorials, there are four mission types: Capture the Flag, Defend & Destroy, Capture & Hold, and Find & Retrieve. Goals vary between mission types, but the net effect in all games but deathmatch is the same — you must enter enemy territory at some point or another to achieve victory. That means going into the teeth of deadly fire from mortars, turrets, and snipers, not to mention mines and auto-firing guns that train on any bandit entering the premises. It sounds daunting, but youâ€™ve got all sorts of tricks at your disposal to get you in and out in one piece. You might try for a quick-and-dirty assault in an armored personnel carrier, clearing out fortifications with dumb-fire rockets as you approach the target; you could opt for a sneak attack to smash the enemyâ€™s radar and power supplies in order to open a breach in the defenses; or you might choose to reduce the enemy from a distance with fire from your own mortars (soldiers in heavy armor with mortars mounted can wreak devastating damage with the help of a lightly armored scout with a targeting laser).

Even if you go through all of the tutorial missions, the learning curve in Tribes is a bit steep for a first-person shooter — especially when it comes to mastering unit commands and responses — but itâ€™s more than worth the time you invest. And even if youâ€™re not the joining type, youâ€™ll eventually want to become part of a Tribe whether you buy into the gameâ€™s sci-fi story or not; with practice, you and your teammates can work like a well-oiled machine of destruction.

Frankly, though, this game would be great even if the soldiers were stick figures and the game world was rendered in flat polygons. Tribes has what may be the most balanced game design ever seen in a first-person shooter. There are multiple ways to achieve your objectives, and multiple ways to prevent the other guys from achieving theirs. In the end, the tribe that works best together as a unit will triumph; when that happens, the sense of accomplishment is enough to have you ready to go out and do it again. And again and again… 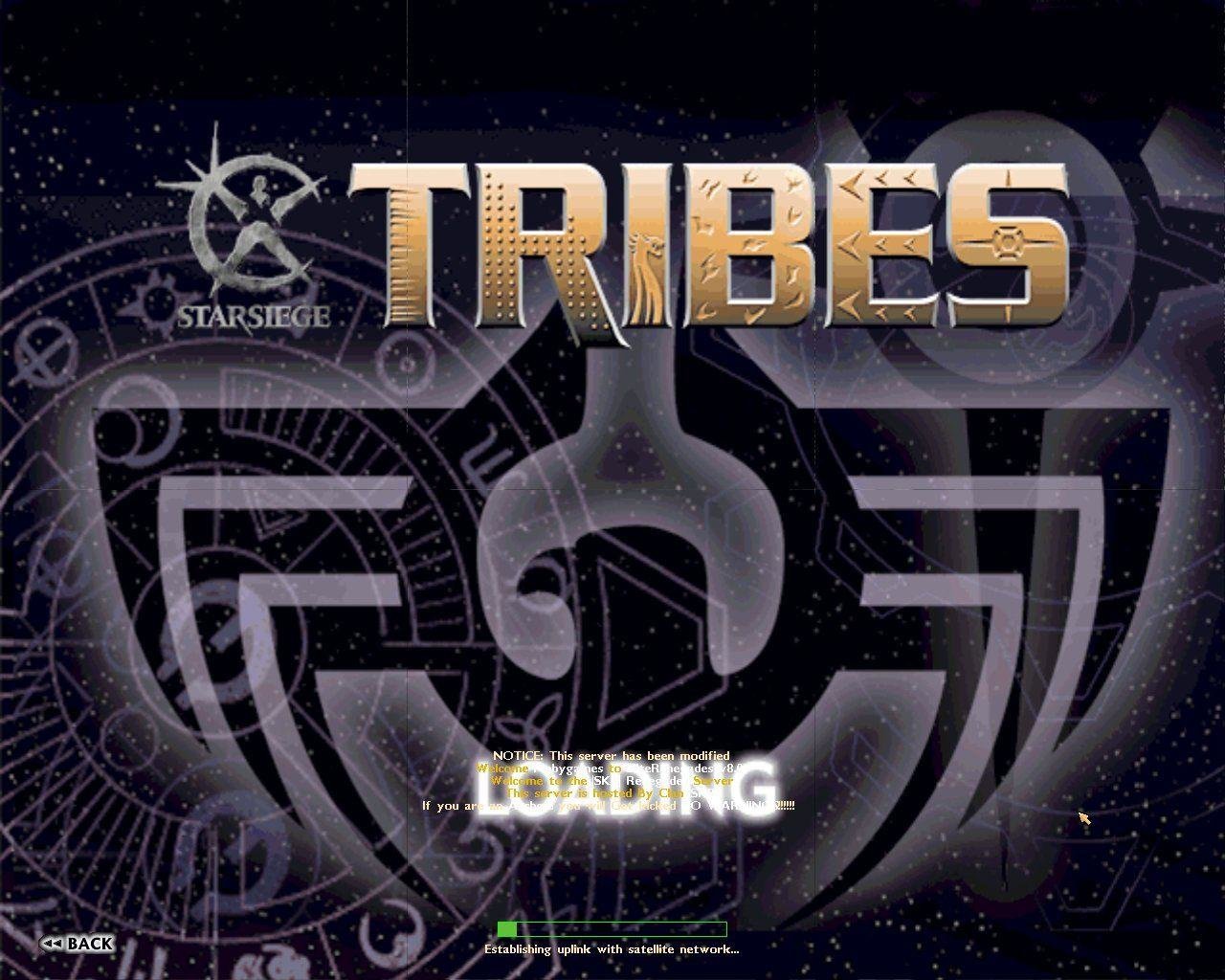