A decent excuse to kill an hour.

Kill Switch was originally released on the PlayStation 2 to some decent critical acclaim. It can best be described as a third-person cover and gun shooter, with a heavy leaning towards an arcade-style ease of use and playability. At its core, it’s still a PlayStation 2 game, with all of the washed out textures and somewhat screwy controls. The story is dumb and pointless. Under the grit, however, there at least lies a competent shooter.

The premise, like all the best games, is simple. Run around the level to reach the end achieving one or more sub-goals along the way. In between you and this goal are hordes of armed enemies – they dive for cover, attempt to flank you when you’re pinned down and generally make quite a nuisance of themselves – and strewn all around is the cover and protection that becomes vital to your survival. This game, you see, is all about keeping your head down at the appropriate time.

You can attach yourself to most of the surfaces in the game, creeping along and peeking around corners. You can also duck behind any suitably sized object, including the usual barrels, crates, burnt out cars and whatever else comes to hand. The enemies will be doing the same to you, attempting to keep you down with suppressing fire, flush you out with grenades or flank you. Whilst ensconced behind your barrel-shaped sanctuary, you have several options of attack. You can use blind fire to keep approaching enemies pinned down, or do aimed shots.

You have all of the usual military hardware at your disposal during the game, from the average-powered M4, deadly AK-47 to the sleek MP5. Ammo is never really much of a problem, as enemies drop plenty, although this usually results in you dropping your starting gear and adopting anything the enemy is carrying – usually the ubiquitous AK. Grenades come in several varieties. Flashbangs stun enemies (and yourself if you’re not careful) for a few vital seconds, giving you time enough to melodramatically roll into a room and take everyone out. Traditional grenades do exactly what it says on the tin, while sticky bombs do much of the same, except they stick to things. The graphics are occasionally painful to witness. The architecture is far too cubic and block-ridden. In certain levels this is fine, but certain others could have done with an overhaul, looking simplistic and a little drab. That said, the cut-scenes are right up there, the model animation is good and there are some nice graphical touches here and there – reflective floors, some decent weather and fire effects and plenty onscreen running around at once. Neither the sound nor the visuals measure up to the heavyweights on the PC – Half-Life 2 or Doom 3 – but considering this is a budget release, one can’t complain much.

Kill Switch is the military shooter we’ve played countless times before. It doesn’t bring much in the way of originality, but does get the job done. It can offer an hour or two worth of passable tactical action with all of the usual trimmings. 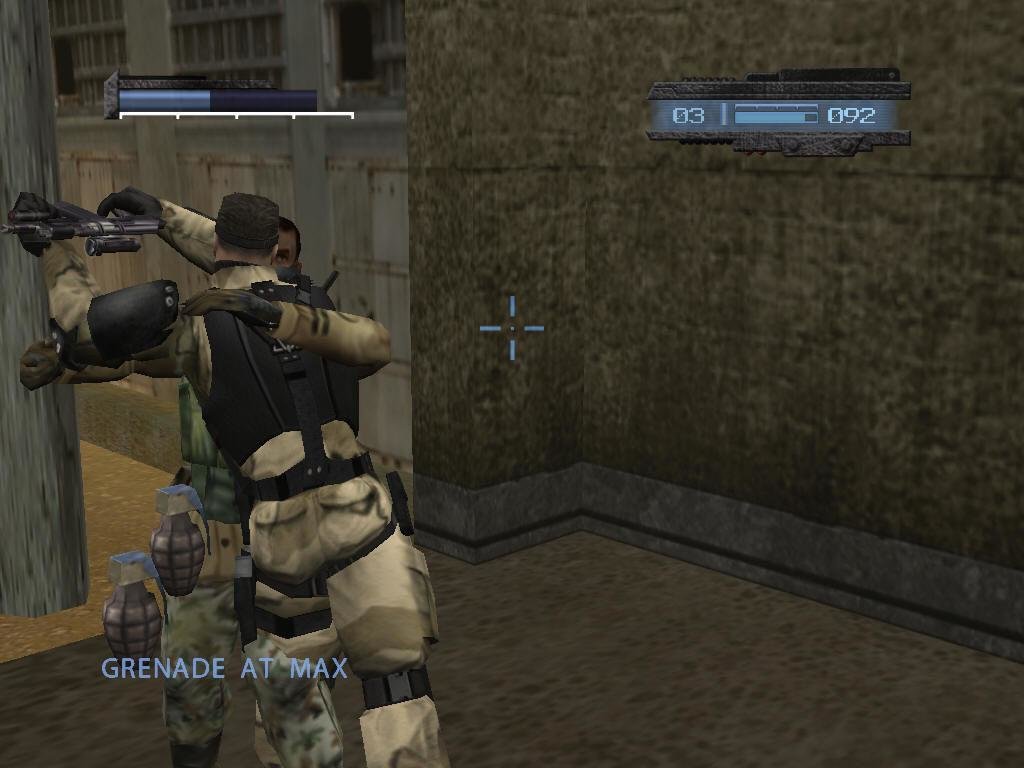