There have been games that played like Total War before, but none approached Shogun’s level of mastery. The Creative Assemblyâ€™s samurai-themed game is half turn-based strategy, and half real-time combat. You wonâ€™t find any resource gathering or Command & Conquer-esque rushes here. What you will find is a smooth blend of game styles, solid execution, and quite a lot of fun. Zooming in on a bloody battle.

You take the role of a daimyo, or chief and general, of a clan in feudal Japan. This is a period of upheaval and strife, with many lords competing for the title of shogun, the military leader of the entire country. Each clan has its own geographical center of gravity and special strengths; some produce great archers, others are famous for their spearmen, while still others might be famed for their diplomats. Each province produces a certain amount of koku, or the amount of rice needed to feed one man in a year, that serves as the gameâ€™s currency, and some areas have fertile lands, mines, or ports.

Each clan has its own color, and they fight on the strategic map. Likewise, you have to keep track of your own generals as well as those of the enemy, as they have very important effects on combat. Unfortunately, itâ€™s often damn difficult to figure out who is controlling what, and whereâ€”a better system of conveying information about your forces would be welcome. Itâ€™s also hard sometimes to tell at a glance what improvements a province has. Not all of them show up on the map itself, mandating a right-click and a perusal of the info bar. Still, it all works pretty well, just not as smoothly as it might.

Between Heaven and Earth Unlike Red Lemonâ€™s ambitious but ultimately abysmal Braveheart, which tried and failed to integrate strategy, economics, and tactics within the same real-time engine, Shogun: Total War separates the metagame, with its strategic and economic concerns, from the combat simulation. The game progresses in four seasonal turns per year, during which you build up your infrastructure, maneuver your armies, and conduct diplomacy. When conflict erupts, you drop to a real-time 3D tactical engine to resolve battles, one at a time.

The two game engines are entirely separate, which is good, as what you do in each phase of the game is completely different. In the strategic portion, you are concerned with building up your domain and marshalling your forces. In the tactical arena, all you care about is winning that one battle. The strategic game in Shogun: Total War is elaborate as well. Every season you build units or structures, improve your provinces, move armies, diplomats and spies, and basically jockey for position with your neighbors.

The computer-controlled warlords are fairly aggressive, taking advantage of weaknesses in your border provinces, but theyâ€™re not that smart. Itâ€™s relatively easy to trap them in no-win battles, and they almost never try to beat the raw odds of a fight, even if their troops are better than your men. Most of the time, though, the AI puts up an enjoyable fight, and you can always up the difficulty level if youâ€™re not getting the challenge you like.

Because the map of 16th century Japan is divided into dissimilar provinces, each area has its own strategic value. Sometimes a province will be economically poor, but strategically vital, controlling access to other, richer areas. A lot of your maneuvering involves trying to take over the strategic chokepoints near your starting provinces. As Japan is in a state of turmoil, often youâ€™ll find your neighbors arenâ€™t another clan, but merely a rabble of masterless samurai (ronin), rebels, or bandits. While sometimes dangerous in numbers, these gaggles of unaffiliated troops are your best bet early on for conquest, because fighting them wonâ€™t trigger the animosity of the more civilized and more powerful neighboring clans. When it comes time to fight, the game shifts to its other side, the tactical 3D combat engine. The accelerated graphics here are quite nice, with excellent weather and atmosphere effects. This being Japan, it rains and snows a lot, and thereâ€™s often fog, all of which have important effects on battle. After you position your troops within the defined set up area, the battle begins. Though the box emphasizes fast-paced action, donâ€™t be fooled. Itâ€™s more like continuous time than traditional real time, in that combat is slow-paced (thereâ€™s a command to accelerate time if things start to drag), and you can give orders while paused. You’ll quickly notice one of the main selling points within Shogun, and that’s the huge armies – sometimes hundreds of men at a time – it can seamlessly render within the battlefield. And when huge armies clash, it’s quite spectacular. Combat has some rock-paper-scissors elements: spearmen take out cavalry, who take out archers, who destroy spearmen, and so forth. Quality also plays a role, and many strategic decisions like building armories can have tactical effects by improving different aspects of your army (armor, weapons, and the like). In practice, you have to carefully balance offense and defense, quality and quantity, and aggression and caution. This makes for some very interesting gameplay, and emphasizes how the strategic context of the tactical battles makes it more entertaining.

While melding real-time and turn-based strategy gameplay isnâ€™t new, Shogun does bring with it more nuance and fun. Despite some flaws, the game does bring the goods where it counts – huge, open-ended grand strategy, and massive real-time combat with hundreds of soldiers. 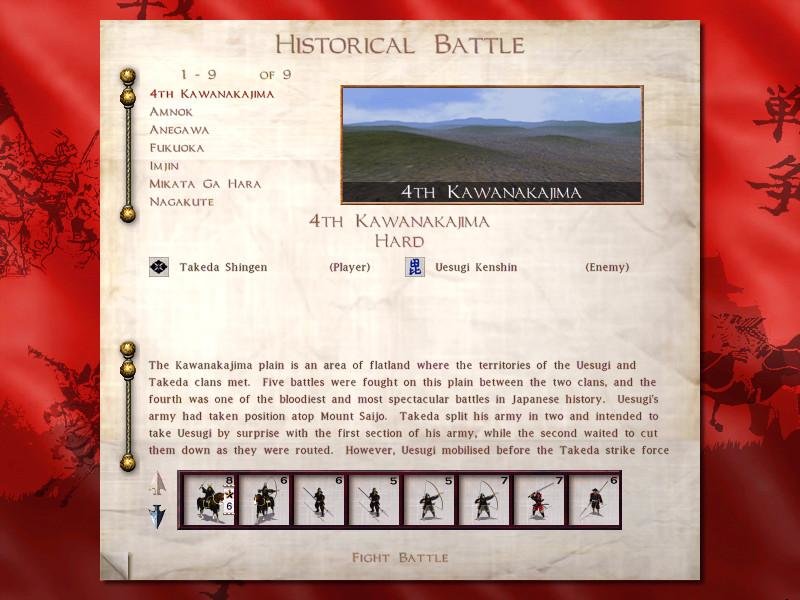