Call it Duke with a ‘sprit personarity’.

Unlike the unceremonious killing of the Doom engine with Final Doom, Shadow Warrior really is the pinnacle of what the Build engine can do. The game’s 2D, cartoony, kind of cheesy, bloody-to-the-pulpy-core style and clichÃ©d lowbrow humor beats Duke hands down. More importantly, Shadow Warrior is well-designed and entertaining, offering the same sort of intense action that cemented its progenitor as a gaming milestone. It also shows off all the things that 3D Realms does best. Like their previous games, Shadow Warrior is very character dependent. Your Engrish-speaking alter-ego Lo Wang is a walking parody of everything Asian: badass, vulgar, keen on slicing foes in half while delivering one-liners and with almost no redeeming features except his crude wit and exceptional aptitude for destruction, Lo Wang seems to be the ultimate Kung Fu caricature. Coupled with the sleek East Asian atmosphere and coarse humor, Shadow Warrior offers a very unique trip through Build land.

While there are some scattered storytelling and puzzle solving bits, most levels play out in traditional FPS fashion. This is pretty much a Duke Nukem game dressed up in Kung Fu clothing, with cartoon Anime girls replacing pole-straddling strippers and Fortune Cookies taking place of Atomic Health bonuses. You get in, find keys, blow stuff up, unlock doors and get out.

To make them feel less linear, many levels have alternate routes that really let you get around, or you can create your own shortcuts by blowing up walls. Lots of areas are destructible and the concept has been slightly enhanced – blowing up fragile things like a bridge or a support beam might cause the whole structure to collapse around you, which is pretty cool. The guns are cleverly crafted and all are equally effective in generating mass destruction, with a powerful Katana sword, dual Uzis, a portable rocket launcher and sticky bombs (a first in action gaming) giving the most thrills. The katana is specifically brutal, and unusual for being a considerably powerful melee weapon and not an absolute last resort. These dumbasses thought it was a bright idea to take cover behind tons of high explosives.

Far from invoking tedium, the oriental-themed levels are complex and have neat atmospheric touches to them, sporting some of the most advanced scripting you’ll see in a Build game. Expect to visit Japanese villages, dojos, airport terminals and secluded Buddhist temples. If you tire inflicting mass destruction on foot you can always hop into the occasional drivable vehicle you’ll find – tanks, boats and whatnot, but the engine in which they were programmed make these vehicles behave less realistic than something out of Mario Kart. As always, easter eggs and pop-culture references are peppered along levels, including a hilarious Monty Python joke found some thirty minutes in. My kung fu is strong. Better back up if you’re planning on using the grenade launcher here. Although envisioned to become Duke’s bigger and badder cousin, Shadow Warrior failed to leave as lasting an impression as Duke, although it did spark some heated debates as to whether Lo Wang might be a tad too one-dimensional in its portrayal of Asian culture. Probably blown out of proportion to begin with, Shadow Warrior’s generated controversy came and went as quickly as the game itself.

But as a standalone game and for sheer fun this here’s a real winner. The weapons are a blast, the one-liners are funny and the levels are cool to blow apart. Simply put, if you’ve ever had any liking towards any Build-powered shooter then Shadow Warrior is a gem not to be missed. 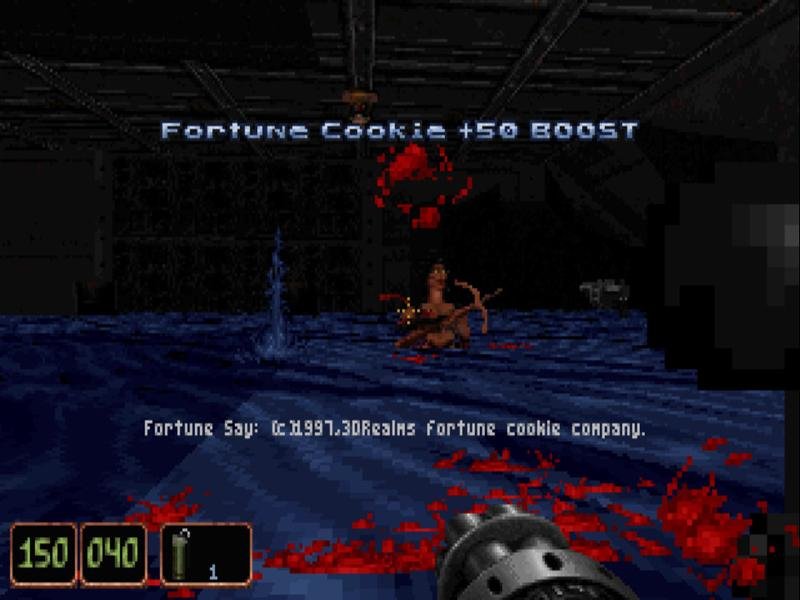