In Capstoneâ€™s first-person shooter using the Wolfenstein-3D engine, youâ€™re a member of the Elite Forces thrown into a hostage-rescue operation. The terrorists have taken the U.N. Building, and hold hostages on the top floor. But can your Elite Force land on the roof to rescue them? Nope, you have to start in the sewers beneath the building and fight your way to the top, floor by floor. These games usually promise high powered-weaponry to wreak havoc with, and this is one of Body Countâ€™s bright spots. Though the large machine gun isnâ€™t much better than the Uzi youâ€™re issued, there is a flame thrower. Itâ€™s not effective against ceiling robots, but quite nice for toasting everyone else. Eventually, youâ€™ll even get to the prized weapon: the rocket launcher. This thing can actually take out walls! You can also shoot up the walls and windows for that nice destructive feeling.

In a very nice, fresh twist on the whole first-person premise, youâ€™ll often enter a level with several peace-keeping comrades to back you up. True, theyâ€™ll normally just run along a corridor, shooting at whatever moves, until they hit a wall and come to a stop; but you can jump into any one of their bodies and take control of them. In fact, if your man is about to die, you can switch into one of your comrades and continue the game from there. There are the usual secret rooms, and the occasional beefier terrorist to kill, but even with mines and (well marked) booby traps, there arenâ€™t enough surprises to lift Body Count very far above average. 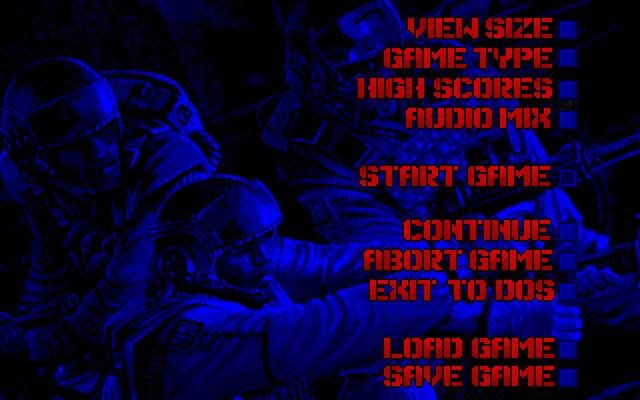