Millennium Racer is a futuristic racing game from Cryo Interactive. You ride through futuristic environments along a computerized track. This high-tech track basically gives your motorbike its power, so if you fray from the track, your bike will slow down considerably. On the other hand, certain portions of the track seem to be glowing with extra power, and when you ride your sci-fi bike over these portions, you receive a little jolt of power and your speed increases by large increments.

There are a total of 11 tracks featured in Millennium Racer,with the general gamut of sci-fi themes that range from spacey to lava or an ice planet. That aside, there’s no distinct path one should take to complete each track. There are several shortcuts you can take (some not so short, so watch which ones you take), many of which you have to use your jumping ability to reach. You’d think the designers would toss in a few weapons for effect, but no such luck. This here is simply a racing game, with the objective of finishing in first place without employing any foul play.

The Championship Race mode has two difficulty settings, Easy and Professional. In the Easy mode, you race against four other riders while in the Professional mode, you get to race against seven racers. The Championship Race mode is a progressive mode in which you’ll race through each track in an attempt to accumulate points so you can unlock the next track. Three tracks are immediately made available and in order to advance to the next track, you have to accumulate points by finishing in the top two positions. This mode is quite challenging, especially on the Professional setting, and should give gamers a good challenge. 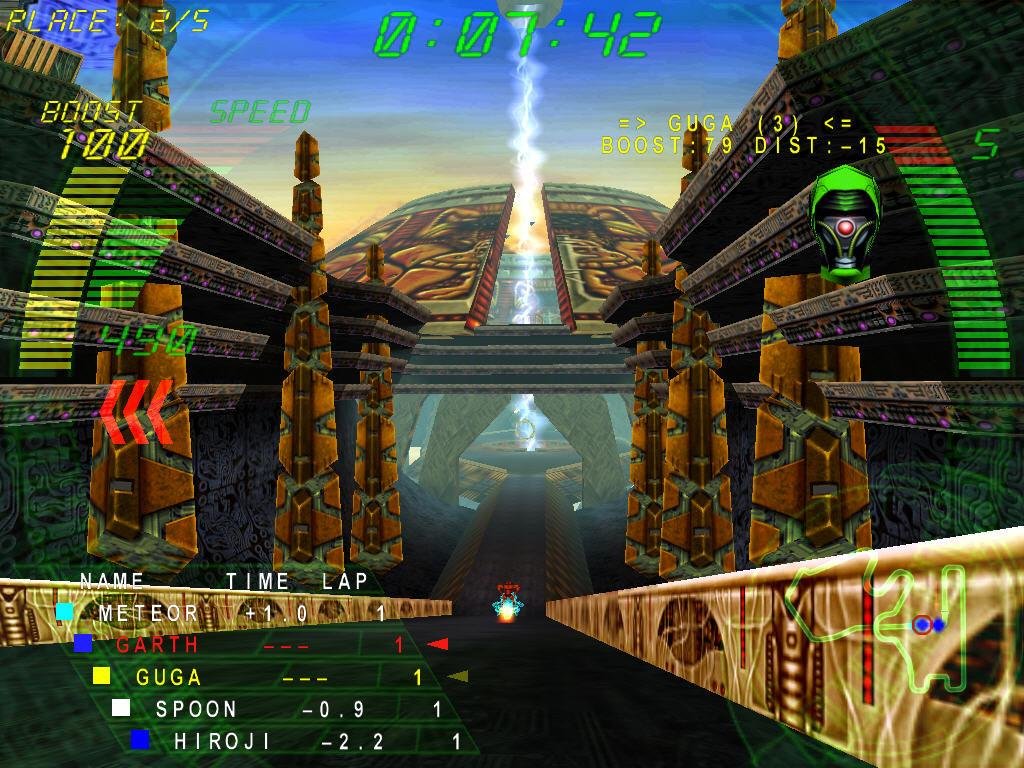