No relation to the vehicle combat game with the same name, Redline Racer is an arcade motorcycle ‘sim’ that is based a lot on Moto Racer GP. Rather than divide its time between off-road and road-racing cycles like Moto Racer GP, Redline Racer focuses on a selection of lightning-fast crotch rockets and tight, twisty road courses. As youâ€™d expect from an arcade racer, thereâ€™s very little fuss in getting on the road. Once youâ€™ve picked a name and rider, itâ€™s off to the bike selection screen where youâ€™ll pick one of the available machines based on top speed, handling, acceleration, and head off to the track. But it doesn’t take much racing to detect the over-simplified arcade design of the game.

Several course themes are covered – from English countrysides to snowy Alpine roadways or desert highways. Some are locked, but unlocking them all will take a couple or more gaming sessions as you blast your way through. Part of the problem is that most of the tracks are designed to be very forgiving when running at full speed, and though there are quite a few turns and hazards along the way, it only requires a few laps to learn which areas need to be avoided. 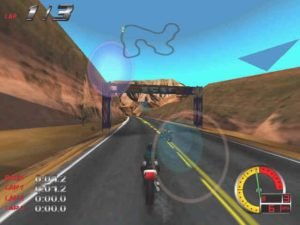 While the arcade handling is par for the course (this is an arcade game, after all), one area that Redline Racer seems to have overlooked is matching a course with a specific bike. Moto Racer accomplished this with ease, forcing riders to select a bike that not only suited their driving style, but one that was appropriate for a courseâ€™s design. In Redline Racer, itâ€™s all about speed, not balancing speed with handling. If youâ€™re pretty handy with the controls and donâ€™t make many mistakes, any bike with a good top speed is capable of winning against the toughest drivers. 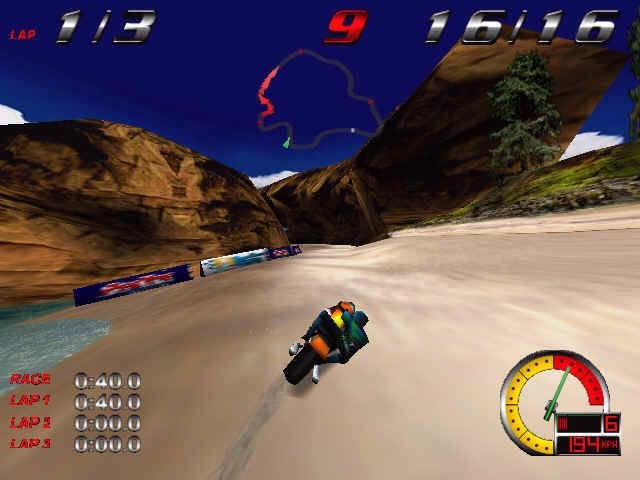 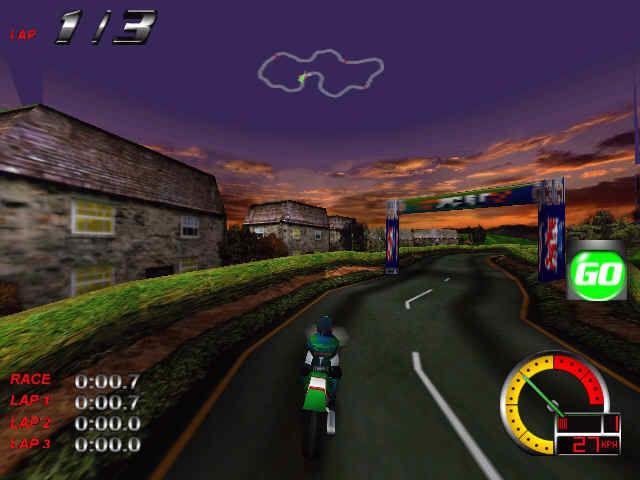