Flying high under a gorgeous sunrise.

Celebrating one hundred years of aviation.

First released on the Apple II in 1979 and the IBM PC in 1982, Flight Simulator has been around for more than thirty years. Flight Simulator 2004: A Century of Flight celebrates the 100th anniversary of the first flight by adding nine historical aircraft â€” ranging from the Wright Flyer to the Douglas DC-3 â€” as well as recreations of famous flights such as Lindbergâ€™s Atlantic crossing. Though the â€œnew featuresâ€ list in this ninth entry in the venerable series is fairly short, virtually every aspect of this classic simulation has seen the usual refurbishing.

Along with the typical Flight Sim fareâ€”the Learjet, Cessna 182S, and Boeing 737/747/777â€”the 24 flyable aircraft include classics such as the Spirit of St. Louis, Ford Tri-Motor, Lockheed Vega, and de Havilland Comet air racer. Surprisingly, given the focus of this edition, the Sopwith Camel (a staple found in the very first version) and F4U Corsair from the 2002 edition are missing, as is the Cessna 182RG.

The flight models of the built-in aircraft have been significantly improved, with the exception of the Cessna 172, a docile trainer in real life that can be a deathtrap in the sim. The updated modeling lets the Extra 300 aerobatic plane finally spin as realistically as in Flight Unlimited. For the first time in a Flight Sim game, helicopter controls are actually manageable. The Bell 206 JetRanger has been tamed, and the new Robinson R22 chopper is a great learning craft. The 3D models have been tweaked as well, with the new virtual cockpits boasting clickable controls.

Air traffic control has been significantly tweaked as well. In mid-flight, you can file an instrument flight plan, request altitude or destination changes, or ask for a specific published approach. Itâ€™s not perfect, but itâ€™s significantly better than before. You can finally learn from watching AI aircraft, as they fly more realistic patterns. Taxiing, both for you and the AI, has been improved, with taxiway markers added at major airports.

Those wondering where the â€œgameâ€ is in Flight Simulator wonâ€™t find an answer here. The challenge and entertainment comes from learning about flying, recreating historic flights, and tackling thr high tech gizmos that keep your virtual plane airborne. 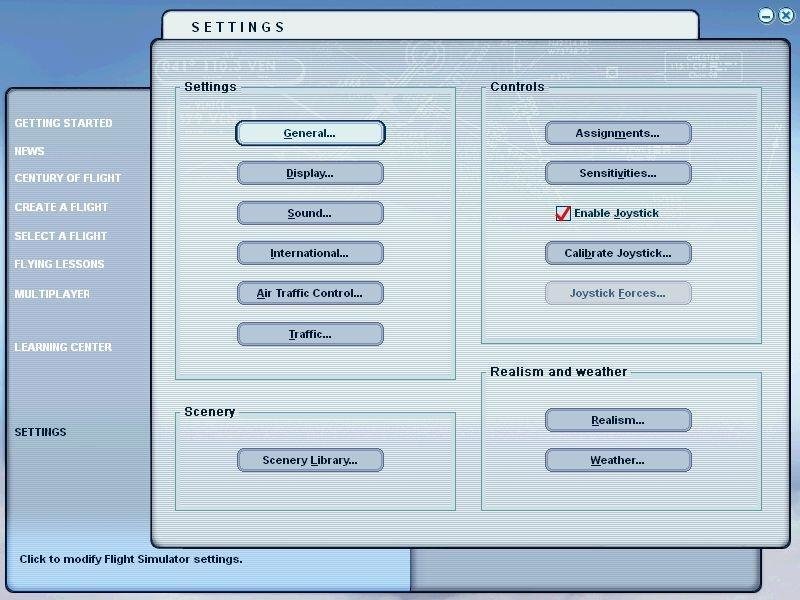 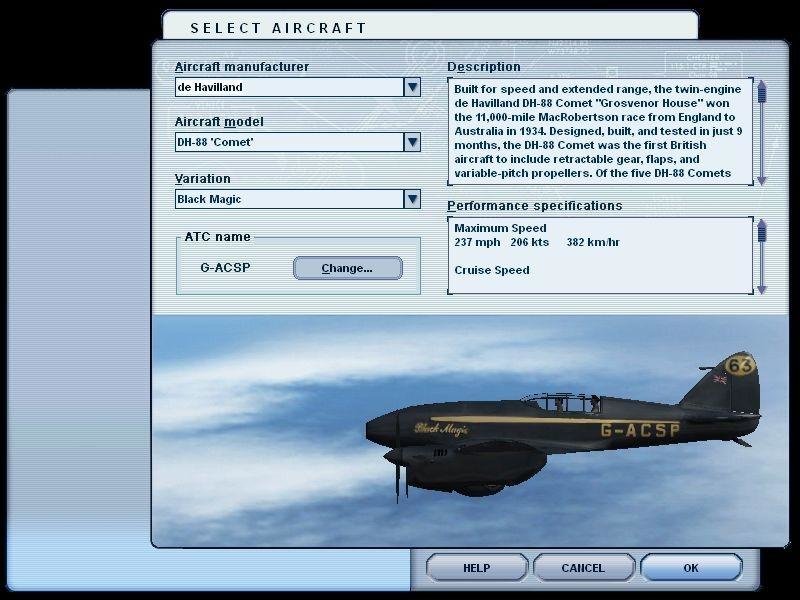