Madden NFL 2002 is a near-exact port of 2001â€™s excellent PS2 version. This fact alone means the PC is getting a gorgeous game that plays a very good brand of football. The problem is that the glowing early reviews of the PS2 game failed to mention a severe gameplay flaw that reared its ugly head after extensive playtime â€” the deep-passing game was something of a joke. Any quarterback, regardless of skill, could hook up with any run-of-the-mill receiver and connect on long pass patterns an inordinate percentage of the time. Adjusting the AI sliders and altering the ratings of the players did no good.

Obviously, the hardcore fans complained. EA Sports, to its credit, did listen and responded, because early reviews of Madden 2002 for the PS2 confirm that the problem has been fixed in that version. But those of us who prefer to game on the PC have, once again, been given the leftovers instead of a freshly prepared meal. In this case, at least, the leftovers are still pretty tasty.

The animation is outstanding â€” vicinity tackles are a thing of the past, and catches are made with the hands, not the elbow, torso, lower thigh, or helmet. Thereâ€™s one control problem caused by this port, though: the PS2 uses analog controls for moving the players, while most PC gamers have digital gamepads. As the movement of the players is physics-based, the digital pad gives you the sensation that the players are sliding on ice, when in reality, itâ€™s a very realistic portrayal of momentum that feels right when using an analog controller.

As a package, the game really delivers with its in-depth franchise mode and robust player- and team-creation tools. You can now have a fantasy draft and use the teams in franchise mode. Pat Summerall is still as dull and dry as the Sahara during drought season, but big John has much more to say about specific players and game situations. In all, despite some of its harder to detect issues, Madden NFL 2002 is still a great-looking game that should appeal to a lot of less accuracy-conscious gamers. 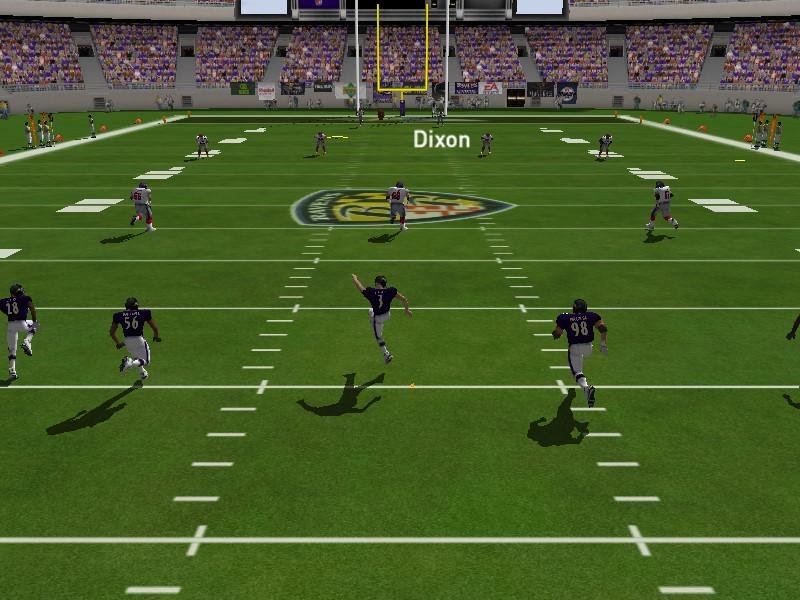